2020 has been a year filled with enormous ups and downs for the human race, a time when anything is possible because “that pandemic” has levelled the playing field in most ways. Within all the chaos, musicians have had to use their available skills to find ways to survive and continue to create, and we have seen incredible albums released by well-known groups as well as new acts rising from the ashes. South Africa’s Truth Decayed is one such “lockdown band” that has used the down-time to kickstart something new and badass.

Their first release is Modern Day Illusion, a two-song EP that has a lot going for it and shows the direction in which they intend to head. Their sound is solid thrash metal with streaks of melodic death metal and guitar histrionics, and a few atmospheric swashes to add to the vibe, and their urgency can be felt with every note.

The EP title track doesn’t spare a second before putting its foot down on the throat. A ripping riff, furious skin-work, rumbling bass, and gravel-chewing vocal all gang up to raise the adrenaline level before we’re given the first intricate lead break, one that is supplied with class and intricacy. The chorus is epic in size and jam-packed with emotional vibrancy, and the remaining leads and solos are just as (if not more) killer as the first one, but an unexpected quiet mid-section is the most exciting part of the song – here we can watch the guys gelling together in earnest, with gentle intermingling and tasteful spaces that hold just as much impact as the notes that are played.

“Opposing Direction” feels like a companion piece to its predecessor, with a similar pace and intensity. The main focus here, however, lies in the groove and vocal interplay, and the drums carry the full weight of the music in a very dramatic and vital way. The guitar solo is frenetic without falling into Kerry King-esque atonality, and the leads that pull us into the song’s climax are felt more than heard. Oh, and the climax is an absolute banger that, even though it cracks the skull and leaves us for dead, leaves us wanting more of the same.

My only gripe with the EP is a slightly uneven production, where the drums are right at the forefront and overshadow the rest of the band. The guitars are slightly muffled in the rhythm department, only emerging during the leads and solos, and the vocals (something that does deserve a spotlight) have a lesser impact without the space to stretch out and go for the gold. That said, everything is quite audible and the strength of the songs outweigh the sonic trappings.

With this as their first outing, Truth Decayed shows that they have the mettle to be a forerunner in the South African thrash fraternity, an already strong scene with killer bands. They have all the chops and songwriting ability to make something quite special, and I personally look forward to hearing much, much more in the future. 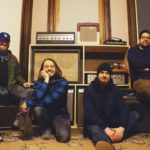 Wipe Away Those Tears, Coby and the Prisoners Debut Their New Single, “Sad Eyes” [Premiere] 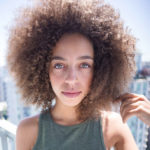