Pop music duo RubyGld Smoke (T. L. & Dani Jo Williams) have released a new music video for their single “Falling” ahead of their debut album release, Revolutionary Love. After an exciting debut with their first single “Throw Away Tonight,” the duo are eager to continue uphill with more thoughtfully-created projects that serve as mood-boosters and classic art forms. Premiering in Gigsoup, “Falling” cinematically features the couple as they gracefully show off the romance that started it all for them.

The single, produced and written by RubyGld Smoke, describes the moment of initially falling in love with someone. The duo focuses on those first few magical days where “you tend to text and talk to this one person more times in the day,” says RubyGld Smoke. “Only one that I’m calling,” RubyGld Smoke sings. “When we talk, conversations all night.” The sonic landscape of the song is reminiscent of guitar-driven ‘90s R&B with a modern pop flare. “We wanted to make a song that captured the emotions and vibes of falling in love quite like we did,” says RubyGld Smoke. The pop duo ultimately wants to make feel-good music that never goes out of style, and “Falling” is a perfect example of that mission. 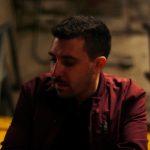 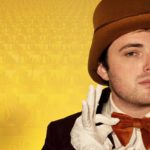