How Carcass went from being one of the sloppiest bands in death/grind to one of the most precise is inconceivable to most. Now, I love me some Reek of Putrefaction, but compared to Despicable, we’re talking leaps and bounds off gurneys with a scalpel in hand. It’s hard to believe Surgical Steel is almost a decade old, but, at the time, I swore this was a death/grind band that could not be outdone, and my opinion remains in traction with the EP release of Despicable.

In the past, the band would simply blast at the speed of light into the darkness, but now they slow down into an almost Iron Maiden, Powerslave–like rhapsody that not only signifies the growth of Carcass but also sets a new standard for all other death/grind metal groups.

Despicable prescribes four stroke-inducing track marks that burn coal-hot like pancreatitis, and the band plays as if everything conceived is simple and transposed as quickly as it’s thought. The guitar parts, however, are technical hallucinations administered by the six-string surgeons consisting of original Carcass guitarist Bill Steer and his intern Tom Draper.

This sonic miasma is over before it begins, only leading you to hit the nurse call button for a double dose. “The Long and Winding Bier Road” is not only addictive but also catchy enough to find Carcass opening for the likes of Metallica. The cowbell on “Slaughter in Soho” is rocking enough to help get your fix, but late at night you’ll find yourself carefully digging through the greasy groin gravy of the patient next door in your hazy hydromorphone state for that $20 you know is hidden inside one of their cavities.

I like the fact that when you get a new Carcass album you know what’s prescribed and they don’t often vary into lab research; the incision is kept clean and to the point. While the tolerance is growing with Despicable, you’re going to need a larger dose when these Liverpudlian lads deliver their next full-length.

1. The Living Dead at the Manchester Morgue
2. The Long and Winding Bier Road
3. Under the Scalpel Blade
4. Slaughtered in Soho 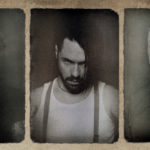 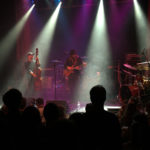