Stone Cottage Studios, a Colorado-based Music Discovery Platform in support and promotion of local and visiting musicians, is hosting a live stream concert for multi-genre band Banshee Tree’s self-titled debut album on October 30. Banshee Tree is a collection of originals from live shows and a few brand new tracks, all of which fans will groove to from their homes. The show will be an innovative live streaming production, featuring 1080P video and audio for the highest quality viewing experience. While the album release date hasn’t been announced yet, fans can get an unbelievable sneak peek at the project through this event.

Stone Cottage Studios pivoted perfectly into the digital concert world when live music hit a wall earlier this year. They are using state of the art equipment to bring a high definition concert experience to music lovers’ homes. While the show is online, the production quality is guaranteed to make viewers feel like they are in the room with Banshee Tree. The band is thrilled to showcase their first album to the world through the highest quality platform. “This album is a collection of original tunes we have been performing and developing over the past few years and a couple of brand new tracks,” says Michelle Pietrafitta, the band’s drummer. “It really encapsulates our current sound like nothing we’ve released previously. We can’t wait to share it.”

Banshee Tree (Boulder/Denver Co) blends acoustic and electric instruments to create a new sound that takes influence from early jazz and swing and launches it into the modern music scene with trance, psych rock, soul and pop influences. Forming in 2014 by Thomas LaFond, BT grew to include Jason Bertone on bass, Nick Carter on fiddle and Michelle Pietrafitta on drums. They are currently recording their debut album as this new iteration of Banshee Tree and will be back on the road as soon as safety and the industry allows. 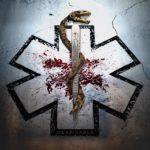 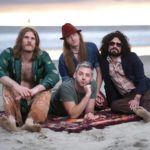