In 1992, Seattle rock band Alice in Chains released Dirt, which became the band’s defining album and their most commercially successful effort to date. With a heavy and masterfully-composed backdrop, Dirt’s subject matter covered anger, depression, drug addiction, isolation, pain, suicidal ideation, war, and death. Retaining its listening quality to this day, Dirt is the standard at which a hard rock album should measure up to; those that do are far and few in between.

Magnetic Eye Records has compiled a roster of metal bands to cover the storied Alice in Chains work on their release, Dirt (Redux). Dirt (Redux) is made up of metal bands that add doom, stoner, and sludge sensibilities to their interpretations of the originals.

High Priest’s cover of “Rain When I Die” is a gritty, true-to-form nod to the power of the original, nearly mimicking AIC guitarist Jerry Cantrell’s signature wah-wah sound. On the other hand, Low Flying Hawks heavily disappoint in their depiction of “Dam That River.” Their sluggish, droning, self-indulgent interpretation is void of intelligible vocals or musical cogency, unlike the hard-rocking, guitar-driven original.

The menacing, yet delectable, intro of “Dirt” is like an earworm that sticks to the roof of the mind. Brooklyn sludgers Somnuri do a masterful spin of the Staley/Cantrell-penned centrepiece, evoking despondency and rage.

Despite a couple of tweaks and nuances in the key, tempo, and musical arrangement of the songs (artistic license of the contributing bands), Dirt (Redux) is an impressive tribute that will appeal to Alice in Chains die-hards. 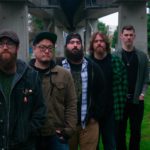 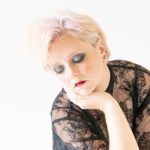 “Wish” You Had Some Dark New Alt-Rock? Get to Know St. Lorelei! [Song Premiere]