We’ve dug and dug and dug and unearthed something “super-shiny” for you today. It’s the brand new music video for Sydney, Australia trio Valley Onda’s new single “Gold.” Pre-pandemic, these guys were on a tear through the Australian music scene, supporting Alex Knight’s quickly emerging band Brightness. Valley Onda is led by singer Jordan Wilson, well known for being one-half of the successful indie duo Georgia Fair with Benjamin Riley.

“Gold” was actually originally written as a demo for Georgia Fair before Riley made the suggestion that it may be better suited to the production style of Valley Onda. The end result is an atmospheric, upbeat, and slick sounding folktronica track that is demonstrative of the sonic progress that Wilson, and his very capable bandmates Galen Sultmann and Michiya Nagai have made since the release of their first single “Relentless” last spring.

Taking us into his thought process when composing the track, Wilson commented, “We’re a young band but ‘Gold’ represents a bit of a metamorphosis. A lot of what we do feels like we’re trying to marry what we do in the box with what we do live. It’s a process of course. For example with the drums on this track, they started electronic and ended up live. It’s about what’s best for the track. We wanted the visuals to truck along side that, so you can see the interplay between animation and reality. In our last couple of clips there’s been a bit of a theme of some overarching machine that we are trying to escape or emerge from. The lyric itself sounds like it’s describing a place, but as the song goes on it becomes clearer that it’s more of a state of consciousness if you will. There’s a driving energy to the song with the desire for self-empowerment and those thin guitar riffs uplift you from the whole thing.”

The growth between singles has been quite notable for this budding new act. They’re taking things one single at a time right now, focusing on slowly building up a body of work with each release an improvement over the last. The band formed on the streets of Sydney’s Inner West, right downtown beside the city’s business district. They all met at, of all events, an inner-city farming project when they reached beyond their own individual musical projects in need of some fruitful collaboration.

There’s an unmistakable charisma about the band’s sound with a certain level of delicateness and charm that casts a wide net. With a really interesting sound and originality about them, there isn’t a lot to dislike about this up-and-coming new act. 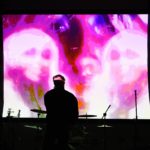 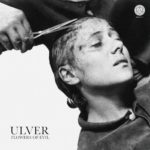