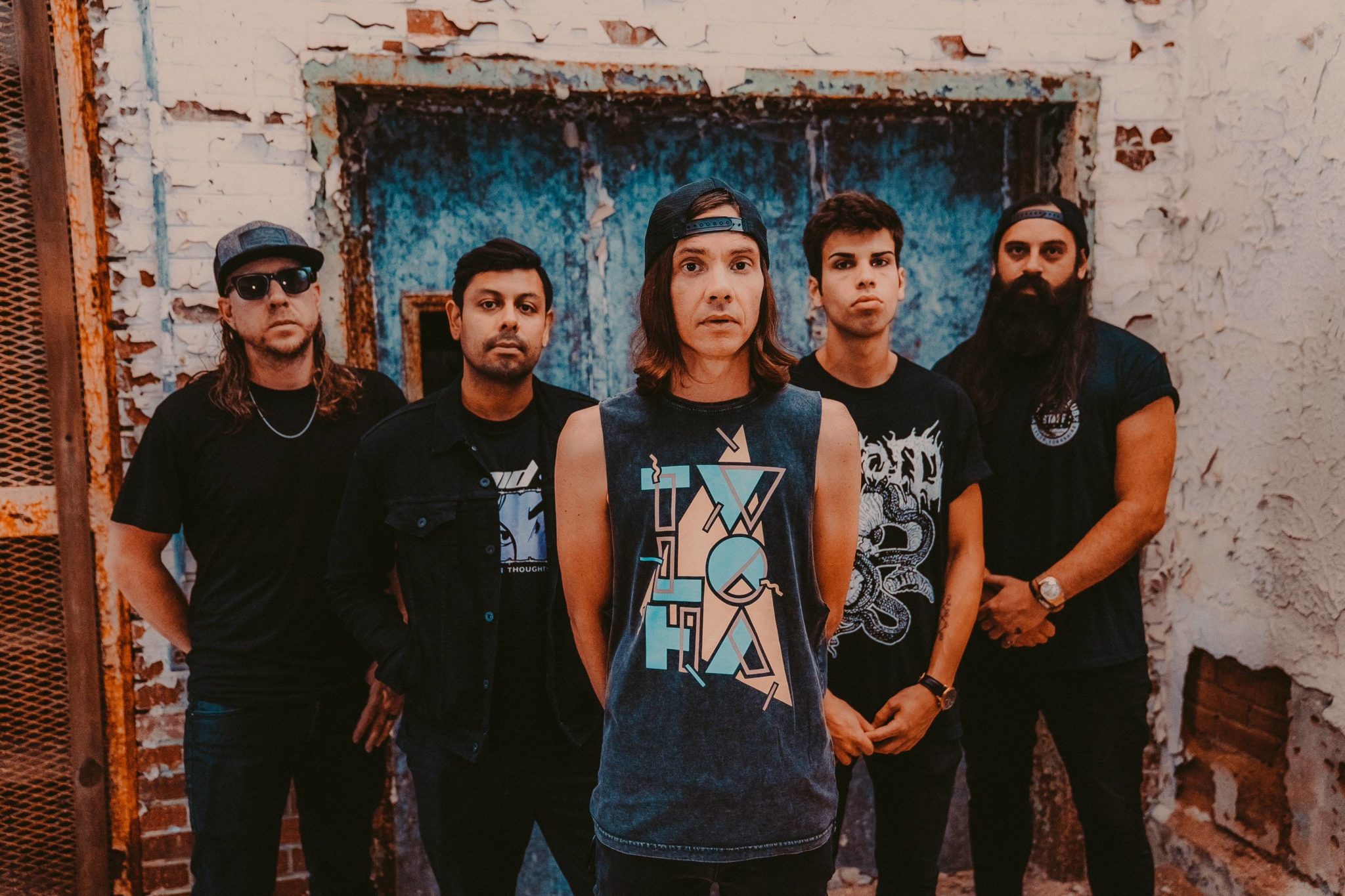 It feels like the world has been in the midst of a six-month-long emergency now, so it’s only fitting that The Red Jumpsuit Apparatus decided to name their latest recording The Emergency EP. Released at the end of August, the EP stands out as some of the alternative rockers’ best work, which is saying a lot considering the fact that they are now 17 years into this rock n’ roll crusade.

Of all of the band’s previous releases, The Emergency EP is perhaps their most hard-hitting; six songs that feature some of the most personal lyrical territory that they have ever traversed. “A Long Time Ago In a Galaxy Called LA” is a touching song that sees frontman Ronnie Winter look back at the night he met his wife, while “Is This The Real World” makes you reflect on the world we inhabit. It’s a modern-sounding, topical album that demonstrates that TRJA is still capable of delivering some top-notch work.

We recently caught up with the aforementioned Winter to discuss The Emergency EP, where the band is at creatively after 17 years together, how the pandemic affected the EP, and their plans for the remainder of 2020.

You’re 17 years into your career which nowadays is a long time for a band to be together. How are you currently feeling about the band and where you’re at creatively?

Ron Winter: “I think after 17 years of being in this band, I can clearly see that we are still growing, and we are very happy with what we’ve accomplished and grateful to those who help us along our way. And we believe there is a LOT more to come!”

Jumping back a couple of years, you released The Awakening in 2018, your fifth full-length studio album. How do you feel about that record looking back now and the reaction to it?

“Concept albums are always hit or miss due to the nature of rock history. If you do it right, they earn a place in your catalogue that is unique and is always accessible, which was desirable to me as a songwriter as I personally am a fan of obscure rock concept albums and EPs. The reaction is almost always the same: People either like it or they really don’t like it. (laughs)”

To follow up The Awakening, you just released The Emergency EP at the end of August. At what point did you start working on the songs for this EP? Was it when the tour behind The Awakening ended?

“We started working on The Emergency EP late summer of 2019. We then recorded on the bus (except vocals) while on tour late last fall. It was really fun and rewarding actually, felt more urgent when tracking distorted guitar while traveling at 60 miles per hour.”

Now that it’s out there, what are your feelings on The Emergency EP? Would you say that it turned out exactly the way you envisioned?

“Yes, I can say it turned out exactly as I envisioned because I was the producer and my drummer Jon Espy mixed. This was all in-house, and we are proud of the final EP in every way. We’re especially excited out the video for our latest single ‘Is This The Real World?,’ as it’s our first regular video in more than two years.”

I know a lot of artists have turned towards shorter releases rather than full-lengths, but why did you decide to release The Emergency as an EP rather than a full album? Any reason in particular?

“I don’t think that was a conscious decision until actually recording on the bus. I felt great about how the guys played and didn’t want to record a second half in a normal studio. For some reason, it just felt right as it was. I’m glad I had that notion, because soon after quarantine swept the land so I presume it was meant to be and the right move.”

Over what time period did you record The Emergency? Were these songs conceived during the lockdown or do their origins extend to before it started?

“One or two of the tracks were music Josh Burke and Jon had been working on for a long time privately. I was able to mold them into TRJA friendly arrangements and write vocals and lyrics to them that were on par, so we were up and running really fast right into tracking mode. All but one track were recorded late last fall – with the exception of the final track ‘Please, Unfriend Me’ which was written in quarantine lockdown. Half the band was in Florida and the other half in Southern California. That track required a lot of e-mailing and self-engineering on the tracking end. Randy and Josh can both do that really well. Once that was done, Jon and I edited and arranged just like on the bus and he mixed from his home studio near Los Angeles.”

Lyrically, where would you place this EP? What are you trying to say with these songs?

“I made sure to spell it all out and be very straight forward in the lyrics so that everyone will know where I stand on certain issues when you listen to these songs. I feel I did a decent job at that but the basic vibe of the EP overall is: don’t stand aside and watch it all burn down. Stand up for what you believe in and do something. Take action and don’t let other people dictate your life to you.”

It must have been a difficult decision to release the EP during the pandemic when you’re unable to tour to promote it. Were there any thoughts of delaying its release?

“Delaying the EP never crossed my mind once, I believe it was the response to our song ‘Brace Yourself’ that made it clear to release now was the right time when hope is in short supply. Music brings hope, we need it most when times are hard. We had an incredible response from first responders all over the world to ‘Brace Yourself,’ and seeing how it touched them was a catalyst for us.”

What were your original touring plans for 2020? Were you planning on being out on the road for most of the summer and fall?

“Yes, we had touring routes both in the U.S., including a few festivals, and international booked throughout 2020 which was all rescheduled for 2021. It’s all still going to happen, just a year later, weird to say out loud but that’s how it’s turning out for most artists at the moment.”

With not being able to tour, has the band been doing any additional songwriting?

“I don’t think we ever stop jamming individually, creation is always happening at camp Jumpsuit. We show each other stuff once it’s ready… There are a lot of filters both self-imposed and collectively throughout the process of a song making it to an album or EP track spot. But we continually write, it’s always an ongoing process.”

Obviously, it’s almost impossible to say right now, but what are the band’s tentative plans going forward for the next few months?

“We do have some plans, as we want to do a full band live stream asap. We’ve been touring continuously for 17 years now, and this is the longest we’ve ever been apart so we’d just like to see each other and jam again! It will happen soon, we found a way to travel safely and use all the CDC guidelines to stay healthy so it will happen in the not-too-distant future. Follow our socials, we’ll be announcing everything there.”