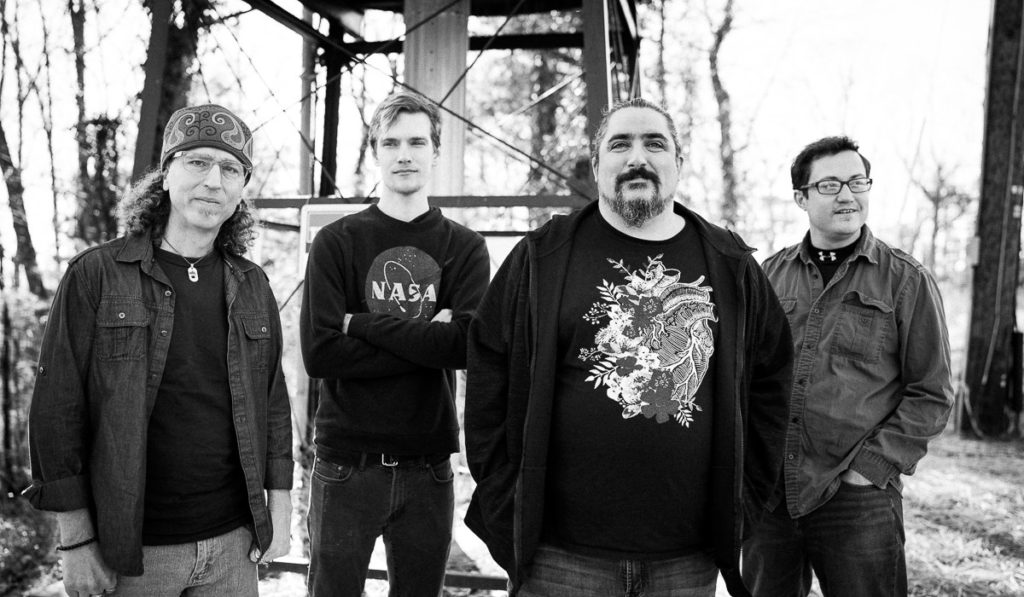 Channelling impressive alt-rock vibes, the Virginian quartet Pale Blue Dot craft some delicate tunes with positive, eco-friendly thematics and glittering, stadium-spread melodies. Sounding a bit like a blend of Dave Mathews Band and U2, Pale Blue Dot is upfront with their style which helps to expertly reel in interested listeners. Their latest treat for said listeners, and curious audiences of all sonic leanings, is the eleven-track Kingdom, Phylum, Class, Order, Family, Genus, Species, which recently dropped September 4th via Rockfish Music.

Inspired by Pale Blue Dot’s latest achievement, lead vocalist Tony LaRocco is taking an opportunity to join us for a Top 10 exploration of his favourite albums of all time. Although they might not have as great a name as Kingdom, Phylum, Class, Order, Family, Genus, Species, these killer records defined the trajectory of LaRocco and Pale Blue Dot, as well as inspiring legendary rock-out sessions over the last four decades.

“From the opening track to the secret ending, this record shapes how I want to make all Pale Blue Dot records. The use of studio magic compiled with one of the greatest live bands of all time makes it so special. Carter is a beast, Roi’s sax is pure poetry.”

“I’m a sucker for good opening tracks on records but I don’t think the 1-2 punch from ‘So Far Away’ to ‘Money for Nothing’ can be topped. ‘Why Worry,’ ‘The Man’s Too Strong,’ ‘Brother’s in Arms;’ all amazingly well written and different. I love Straits and Knopfler’s solo work, but this record is just top-notch.”

“Radiohead tops off over a decade of groundbreaking work by putting it all together on In Rainbows. The ambiance of Ok Computer, the mind melts of Kid A/Amnesiac, Hail to the Thief’s rabbit hole of dissonant tunes; put it all together and you get In Rainbows.”

“In 2002 I had a shit job delivering bagels and pastries to UVA hospital. It required early mornings, coffee, and weed. I had this record on repeat on my discman. I have always been a superfan of his work, but this record is hands down my favorite.”

“Few artists can get away with disappearing for so long and then releasing an album. Peter Gabriel seems to live on that. I can’t separate these two records, and I am counting them as one.”

“I have a tattoo of ‘Given to Fly’ on my arm. I get emotional every time I hear ‘In Hiding.’ I get angry when I listen to ‘Do the Evolution.’ The first album where they started writing together with sincerity. Watch Single Video Theory if you haven’t already.”

“Neil Young is one of the most prolific writers of his generation. Harvest constantly floats to the top of my favorite of his records. There are too many great ones to choose from, but Harvest is the one I always come back to. ‘Out on the Weekend,’ ‘A Man Needs a Maid,’ and ‘The Needle and The Damage Done,’ so good.”

“My favorite moments from this band are when Lindsey Buckingham writes something batshit crazy, and that’s all that this record essentially is; batshit crazy songs, mixed with their pop sensibility and pretty songs. One more killer opener too.”

“All of their records. I can’t pick one, because then I would be leaving five off. And I can’t pick six records from one band on a top ten list, so I am going to pick all of them. If you don’t know Big Wreck, they are the best band you have never heard of. RIP Brian Doherty.”