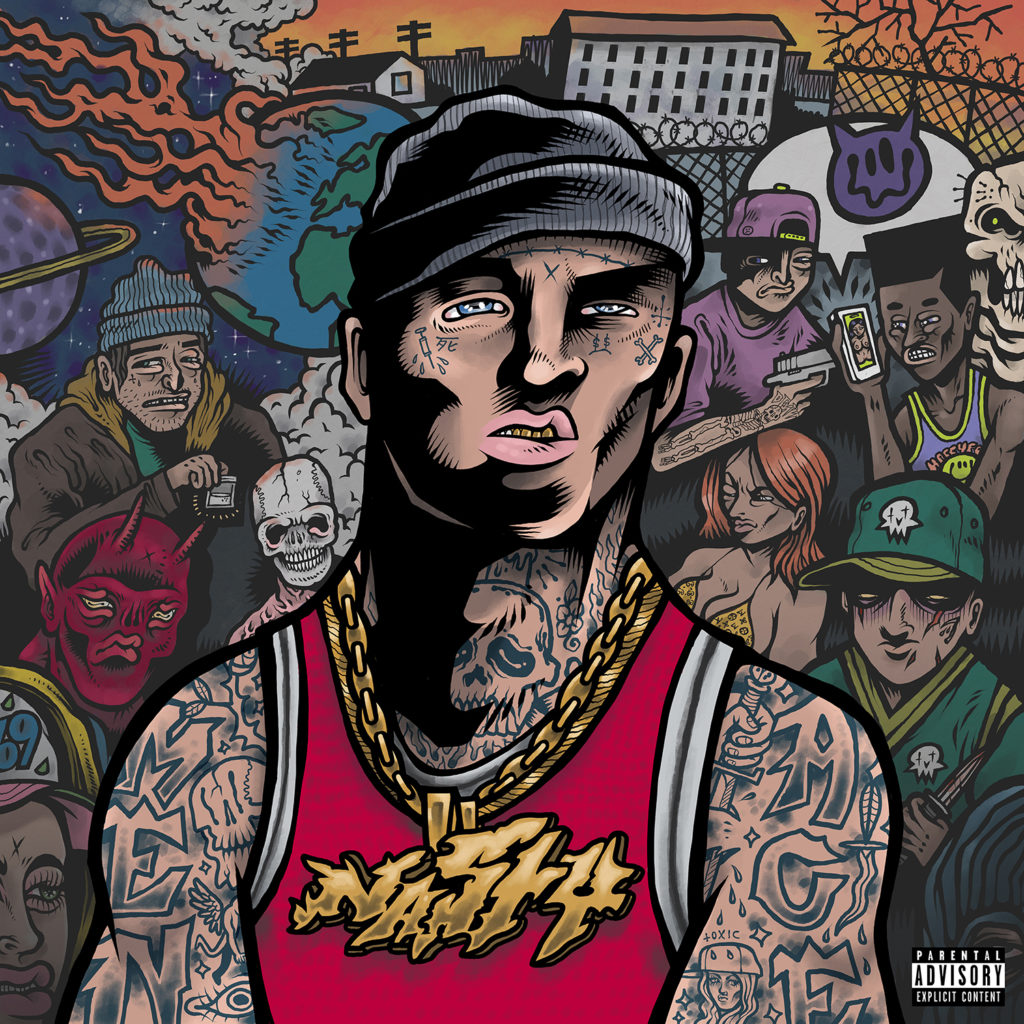 “Four dudes doing fucked up music for a fucked up world.”

Clocking in at just short of thirty minutes Menace, the new album from Belgium metallic hardcore brutes, Nasty, pulls no punches. Well, when I say it pulls no punches, what I actually mean is that it takes you and, for thirty minutes, repeatedly stamps on your head. Having been peddling their thuggish tunes for sixteen years now, the Belgians having honed their sound into one that is quite devastating. At 48-seconds-long, “Bullettrain” could pack any more beef into it if it tried. Beatdowns? Check. Blast-beats? Check. Gang Vocals? Check. It’s also 48 seconds that show exactly how devastating Nasty can be.

With a world of inspiration going on around them, Nasty is coming out swinging, none more so than frontman Matthi whose venom-laced vocals peel paint from fifty yards. With sights locked on targets, hearing Matthi bark “motherfucker” throughout the duration guarantees Menace has your undivided attention. Sure, it’s a cliched expletive but one that sums up the fury and pent-up rage with which the frontman delivers his verses. The title track might be particularly nasty but, in all honesty, there isn’t a pleasant, happy, cheerful moment contained within Menace. The Belgians’ eighth album is musical violence of the finest order. “666AM” will break your nose in the mosh pit while “Tricky Plays” is two-minutes of pure European hardcore rage.

Nasty continue bludgeoning through Menace like a bulldozer. “You Will Know My Name” leaves a size-nine boot imprint on your face. “Inhale/Exhale” grinds into life like a young Slayer having a pissed-up scrap on a Friday night before unleashing all manner of hardcore beatdown hell on your head. Ugly doesn’t even begin to describe how utterly fucking horrible this record sounds. Through all the nastiness though, each and every track is absolutely compelling and if “Blood Crop” doesn’t make you want to lose your shit in some sweaty hardcore moshpit then nothing will.

Whereas most albums consisting of fourteen tracks become a test of endurance after about six tracks, Menace is just long enough at half an hour. Apart from the cleaner sections on cuts like “Be Careful,” it’s route one all the way for the Belgian outfit but it can’t be any other way. The world may be imploding in a storm of COVID-19 infected shit but, armed with Menance, you can go down fighting right to the bitter, blood-soaked end.