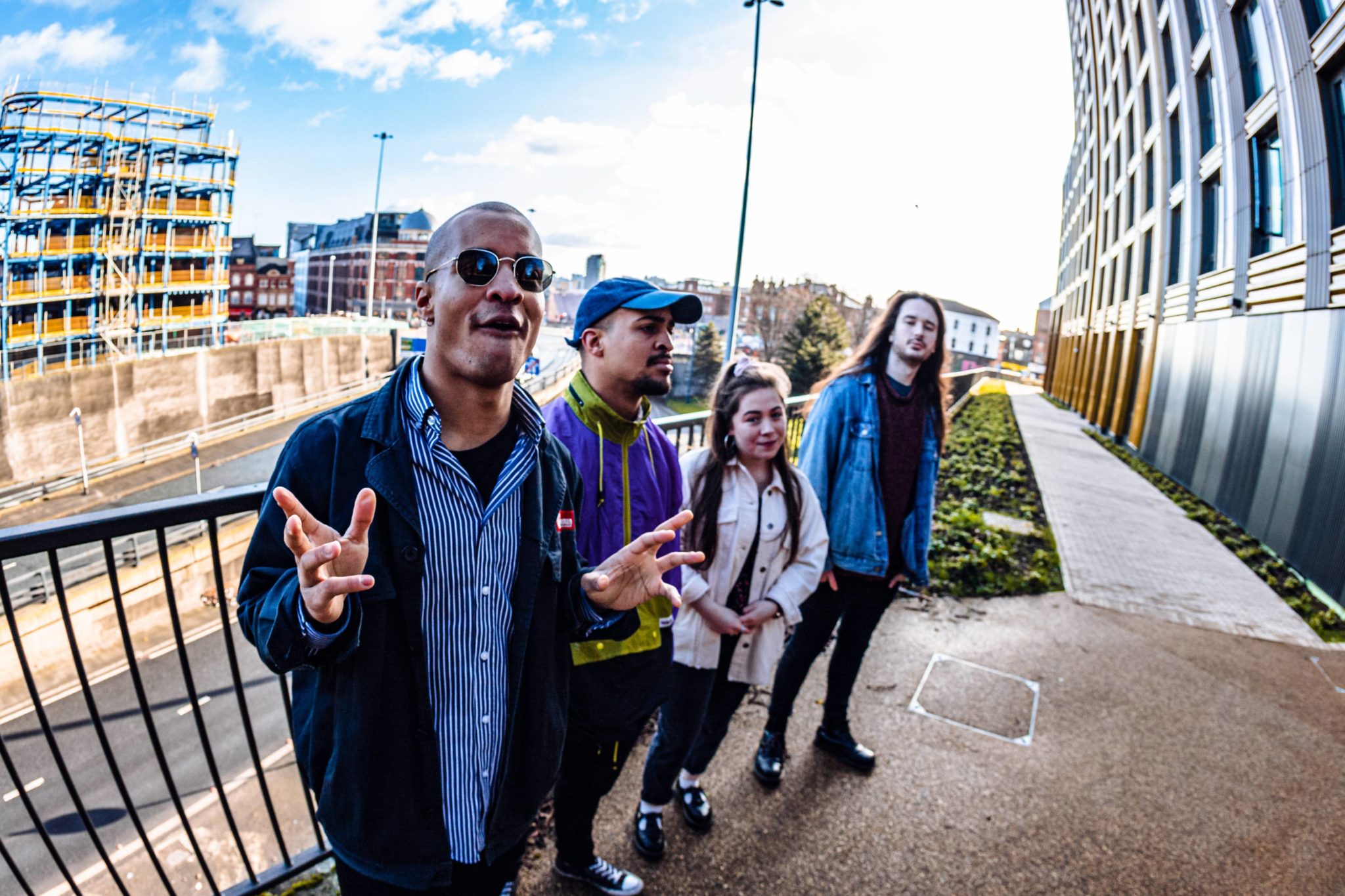 Summer may be coming to an end, but the sunny vibes are being kept alive by Blue Kubricks and their brand new single, “You’re a Beach.” We previously introduced you to our Leeds, UK friends back in the early spring when they released their last single, “Heroin,” an upbeat, ‘90s-influenced pop-rock track that lead singer Jim Duah said was about “abusing both the craft and the concept” of music. “You’re a Beach” has a positivity about it and a reggae influence that makes it the perfect feel-good song bound to put a big smile on your face, especially if you’re not quite feeling yourself.

The musical anchor that the members of Blue Kubricks lean on in their songwriting is alternative funk-rock, inspired by the likes of classic Red Hot Chili Peppers and The Libertines. Writing and recording together now since 2012, each member of the quintet got their start as musicians at very young ages which has been instrumental in the band developing such a unique, one-of-a-kind sound. With the touring year shut out as a result of the COVID-19 pandemic, the band is forging onward with further developing their songwriting and the spectrum of their musical abilities.

We recently spoke to Duah to more fully discuss “You’re a Beach,” its summery sound, and what they’re up to these days as they take an unwanted break from the road.

It’s only fitting that your new single, “You’re a Beach,” has a beachy sounding vibe to it. When you set out to write the song, did you intentionally try to write something that sounded light and summery?

Jim Duah: “My girlfriend of two years just broke up with me and I was left in our shared home alone with our hamster, Prince. Both myself and Prince were feeling sorry for ourselves because mummy left and didn’t love us anymore. So, I came up initially with some dark variations of the chords and it was initially called ‘You’re a Bitch.’ I then a few weeks later changed the chords around a bit and it just wrote itself after that. The chorus came and I changed the lyrics to ‘You’re a Beach.’ I think the production and packaging of the song made it more summery than the writing I think.”

How did you go about writing the song? Was it a collective effort between all of you to come up with the finished product?

“I wrote the main chunk of it myself. I was obsessed with the song when I first basically finished it but was listening to looooooaaaaads of The Beach Boys and wanted more interesting parts so it did take me about a month to actually finish it to how it sounds now. I’m quite happy with it.”

Could you elaborate on some of the lyrical territory that “You’re a Beach” covers? What are some of its lyrical themes?

“‘You’re a Beach’ is about my ex, who was an outdoors somersault kind of girl whilst I was an inside curtains drawn on a summers day play guitar kind of guy. She always wanted to go to the beach so when we broke up for a multitude of reasons one being our penchant for opposing environments, I wrote this song about her. It’s a protest song of sorts, ‘I just want to be alone, my peace/piece is not for you to own,’ ‘You’re such a salty little beach,’ but also a recognition of her as the beautiful human she is ‘and then you’ll wake up in my memory to give me all your love,’ ‘I used to really like you, I still do, I just used to too.’”

How do you think “You’re a Beach” compares with some of your other recently released singles? What’s new or different about this song?

“I think ‘You’re a Beach’ is closer to the kind of compact, interesting, and varied songwriting I personally want to strive for. This song and a song called ‘4 seasons of Elizabeth’ which we’ve recorded and will be out in the next few months are the kind of songs that I lovemaking (smiles). More accomplished than the likes of ‘Heroin’ and ‘Incomplete.’”

The music industry is obviously slow right now because of the pandemic. Are you currently writing and recording any other new material?

“We’ve just left the studio having recorded two new songs and have another on the go. We will be releasing all four including ‘You’re a Beach’ as an EP in early December. We are also in to do a live recorded session at the beginning of October. The video for ‘You’re a Beach’ will be recorded this weekend.”