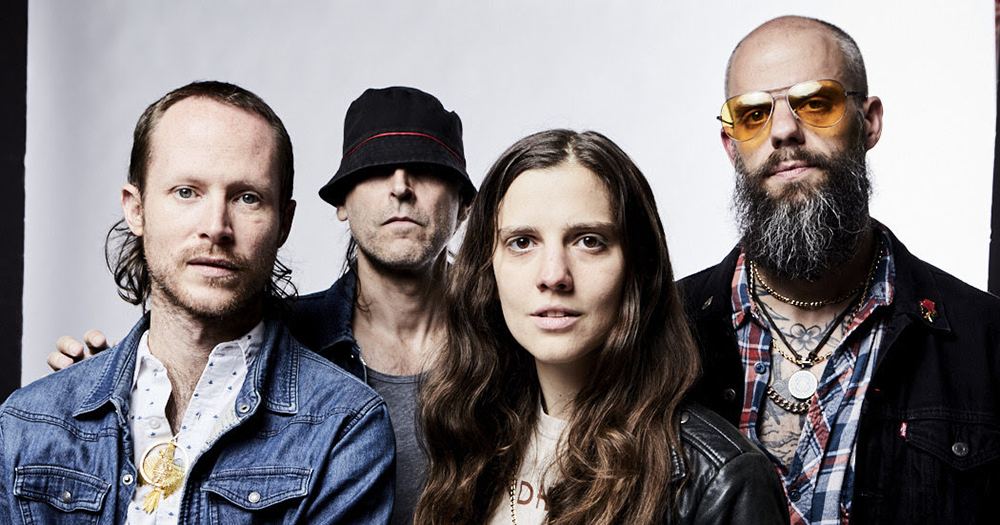 Last night, Baroness played an isolated show in Long Island, New York, at the Culture Lab Lic at the Plaxall Gallery. With the ability to tour taken off the table courtesy of the global pandemic, bands have been taking to streaming performances in varying production values since March of this year.

What fans got to see on this Gold & Grey live performance (hosted on Nugs.tv) was an intimate and entertaining “live” experience. John Baizley, Nick Jost, Sebastian Thomson, and Gina Gleason stood circularly amidst their equipment and rendered the entirety of Gold & Grey in sequence throughout a seventy-minute performance. 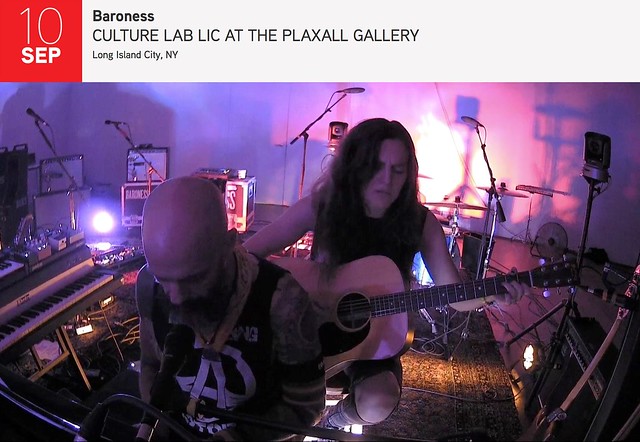 Nothing can replace being in a club with a band, watching them perform live. However, knowing that live touring is on hiatus for the foreseeable future, the trick now is to try and deliver something meaningful for both the group members and their fanbase, and have it come off as legitimate. Watching John Baizley tenderly playing piano with Gina Gleason over his shoulder playing guitar and filling in vocals really worked during this show. Cameras panned around the four musicians as they all played, providing something different from a typical Baroness live show. Usually, the three guitar players at the front of a stage with Sebastian Thomson behind them on the kit.

There are songs on Gold & Grey that the band hasn’t played live on the touring cycle for the album. This Nugs.tv experience allowed viewers an opportunity that was likely very close to how the material was initially conceived. It felt like a very personal performance from a group running through their newest material together in the days leading up to laying everything down in the studio. There were minimal technical challenges as the performance streamed on Nugs.tv. There was no lag on signal, the picture quality was tight, and the sound was clean.

Most importantly, fans had an unobstructed view of the experience – nobody talked through the performance. No cameras were held up obstructing anyone’s view. Nobody spilled beer all over anyone’s shoes. Maybe there’s something to this online live music thing after all.