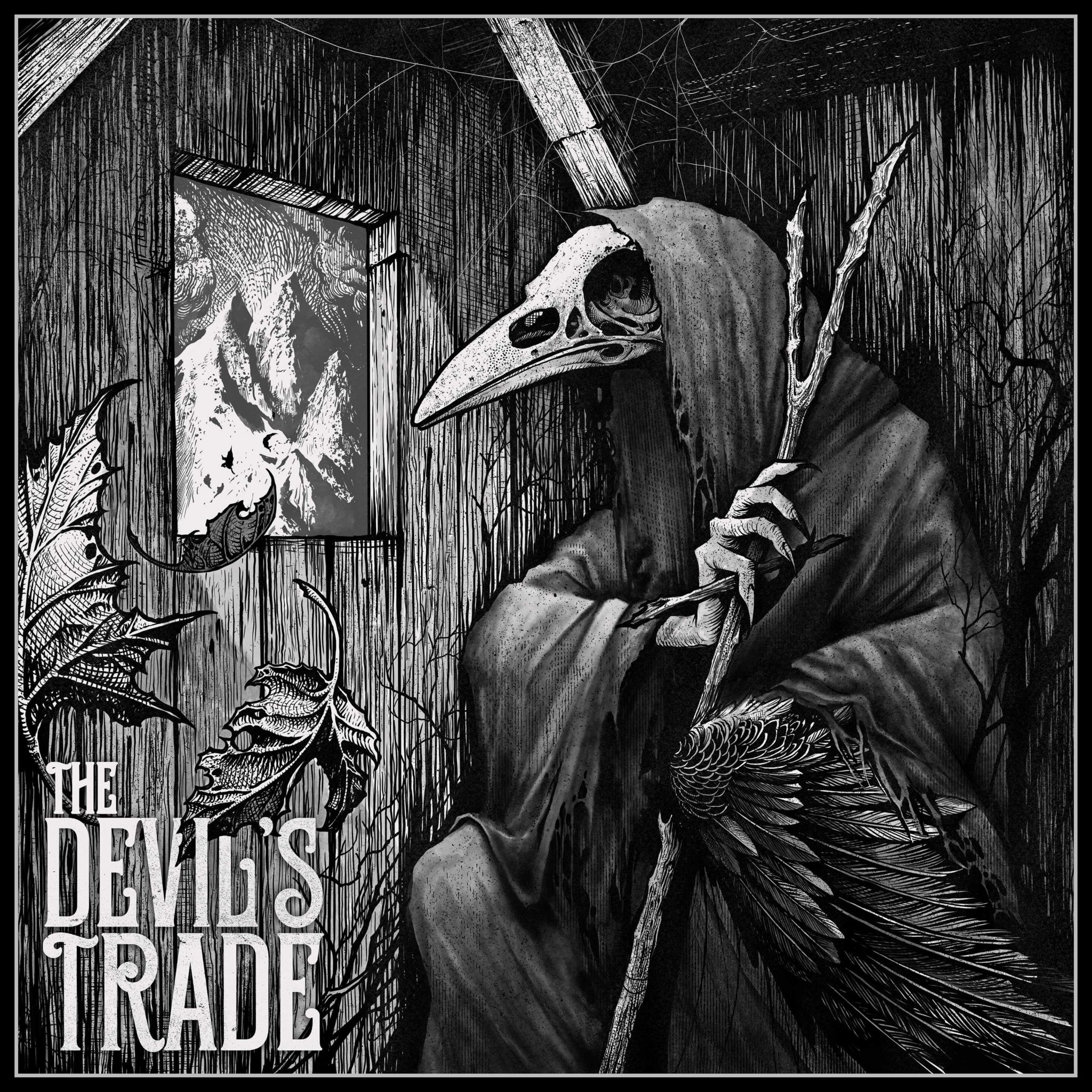 There’s been a lot happening in the realm of dark, acoustic folk music lately: and following in the footsteps of the likes of King Dude or Me And That Man, we now have the Hungarian singer/songwriter Dávid Makó abandoning his metal roots (amusingly, he still refers to some of his gentle, strummed melodies as “riffs”) for this vastly intimate, deeply melancholic style of musical expression. Under the moniker of The Devil’s Trade, he has been producing minimalist compositions since 2018 and his latest record, The Call of The Iron Peak, cements his status among the aforementioned luminaries.

Imagine, for a moment, the atmosphere of natural splendour crafted by the likes of Wardruna or Danheim, coupled with the hard-drinking bluegrass instrumentation of The Devil Makes Three, played back at half tempo, and you may just have an inkling of what this solo project is producing. Add in a layer of the retelling of deeply personal experiences (“Dead Sister” needs no further explanation) and your result is a thick treacle of light-absorbing, moody and downright unsettling music to furrow your brow and brood to.

The tone should come as no surprise, however, given that June 2018’s live release was titled Happy Music is Shit. This allowance for humour, coupled with the sense of despair in the face of the world, is one of the defining reasons for my expressing initial interest in this artist. I also have to admit to some journalistic shallowness, too, in that the cover artwork was what first caught my eye on this particular record: fellow Hungarian illustrator and tattooist Grindesign (aka Robert Borbas) provides a suitably gloomy visual accompaniment to the music that showcases his personal style to great effect.

While the simple instrumentation may presuppose monotony, there’s actually a fair range of emotional expressions on the album: take, for example, the misanthropic screams dredged from the depths of … um … somewhere unpleasant, set atop soaring, open chords in “Expelling of the Crafty Ape” and you can’t help but raise an eyebrow at the massive soundscape conjured. This is followed by the enigmatic revision of the Hungarian folk ballad “Három Árva” which mirrors the Christian/occult dichotomy in its rough vocal/ringing guitar arrangement, and the entire mood of the album has gone and shifted gears on you.

It’s this sense of the unexpected that makes The Call of the Iron Peak stand out from other recent dark folk releases. It may not have the pop-sensibility hook of King Dude’s phenomenal Full Virgo Moon (read our review here) but it does have the emotional content. This is not an easy album to listen to, as it goes straight for the throat, but it does still carry that wonderful cathartic response that comes with authentic expression.

Given all this, what could be missing? Because, sadly, I have failed to really connect with The Call of the Iron Peak in all the time I’ve spent with it: individually, each song speaks to me on a personal level, bringing up memories and associations I’d long since buried. The musicianship itself, while deceptively simplistic, still carries its weight in terms of depth and delivery. And the overall tone is as bleak – or even more so – than any recent black metal release. And the only answer I can come up with is that maybe The Devil’s Trade is just too upsetting: any listener with trauma in their past is going to find that pain resurfacing. Even though the release felt after the final banjo strains of “The Call of the Iron Peak” fade is a palpable relief, that discomfort has been awakened and it takes some time to put it back to sleep.

So, even though I can unequivocally state that I love The Call of the Iron Peak, I can with equal certainty state that I do not like it. And it’s a rare thing for any musical endeavour to provoke that level of reaction, so well done, indeed, to The Devil’s Trade.

The Call of The Iron Peak Track Listing: