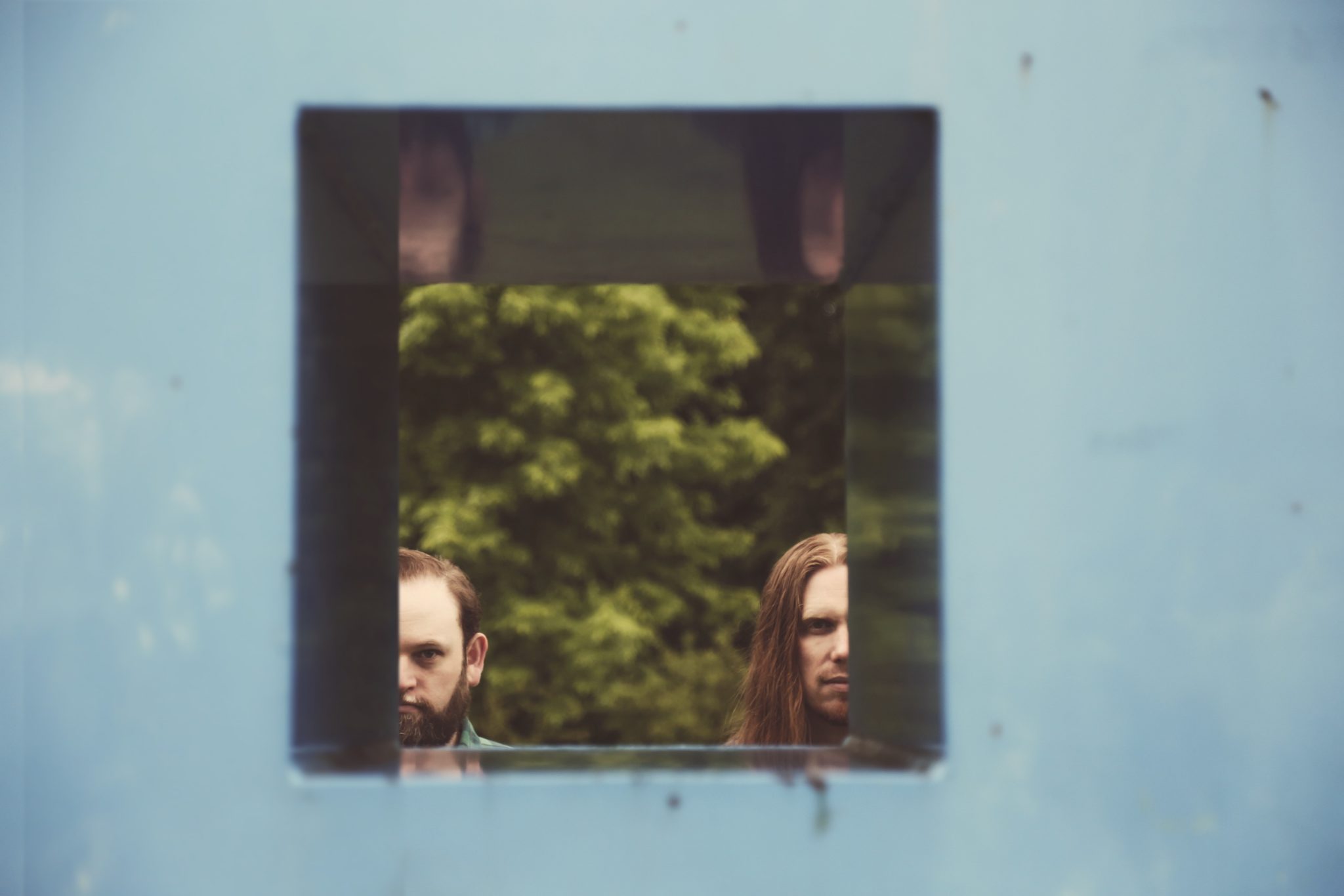 “Doomsday!” has come but don’t worry, nothing bad is going to happen. It’s actually something very much positive that’s going to go down, with the premiere of the debut single and music video from Night Palm! This may be all very new for the duo, but these two musicians are hardly amateurs, with over 20 years of musical chemistry developed between the two-headed monster of Chris Cullman (synth, bass, guitars) and Will Andrews (drums).

The guys’ new “Doomsday!” music video is quite illustrative of their combined chemistry, with Cullman and Andrews flawlessly playing off of each other, delivering a track that is both punishing and elegant. It’s impressive to just watch them play through their own individual parts without a hint of hesitation, looking as though they were born to play music together.

Andrews commented on the writing process for the new single and the shooting of the video, stating, “The skeleton of ‘Doomsday!’ was written in a day. Oddly enough, the song title was chosen before the whole Covid-19 pandemic emerged and was originally supposed to be sort of a ‘50s B-movie title parody. We jammed on it a few times and recorded it without spending too much time analyzing. The goal was to get out of the way and let whatever musical chemistry just flow, which was our approach for the rest of the record. The video was shot and edited by us using an older Blackmagic pocket cinema camera. We were going for that inky, filmic look with a few bright colors peeking through the darkness.”

Both Cullman and Andrews have come a long way since they first began to play together in their late teens. At first, they played as part of a progressive trio with various guitarists that would come and go before it became crystal clear that working as only a duo was the best way forward towards the music that they were intent on crafting. The vision for Night Palm is centred around creating a diverse sound, influenced by early progressive rock, ambient rock, and electronica with a goal towards being as experimental as possible.

This past April, Cullman was set to uproot from Seattle and move to Atlanta so he and Andrews decided to record one last song together. At the same time, the coronavirus pandemic was beginning to wreak havoc across the globe which put Cullman’s move on hold and made Night Palm the duo’s top priority. Now with nothing else to do except build off what they’ve started, Cullman and Andrews are hitting their creative stride, prepared to make Nightpalm one of the top instrumental rock acts in America.