We’re out to improve your day with a recent chat we had with Town Meeting. The Boston-based act returned with the release of their third studio album, Make Things Better, in June, a melodic, roots rock affair equipped with lots of catchy harmonies and insightful lyrics in the mould of The Band, Wilco, and Drive-By Truckers. Led by the brotherly trio of singer and guitarist Luke Condon, drummer Russ Condon, and singer, percussionist, and harmonica player Brendan “Babe” Condon, the five-man band have been slowly rising up within the ranks of the indie-folk scene over the last few years. Formed in 2013 in Ayer, Massachusetts, Town Meeting set out to combine their love of 1960s folk with the energy, and honesty of punk rock.

Make Things Better is the group’s most accomplished release to date, highlighted by its honest and passionate approach. All ten songs possess infectious energy precipitated by the camaraderie within the band. There are moments of sheer joy such as with the Avett Brothers-influenced “Bleeding Hearts,” the hopefulness of “Answers,” and the Counting Crows-like “The Fourth Verse.” The band members really came together in a new way for this release, crafting a record that is easy to listen to and even easier to enjoy.

We recently caught up with lead guitarist and mandolin player Tim Cackett and took a little break from any music-related conversation to discuss everyone’s second favourite thing, food. In our latest edition of Art of The Meal, we spoke to Cackett about how he arranges his diet as an individual with celiac disease, some of his favourite hometown restaurants, and his go-to fast food places.

Tim Cackett: “I do. I have celiac disease and, unfortunately, am also very sensitive to cross-contamination. So I eat 100 percent gluten-free.”

“Honestly, eating on the road is hard. Especially if we have no money or need to eat quickly. I use an app Find Me Gluten Free and that’s been a lifesaver. It gives you reviews from other users on which local spots are safe or not.”

“Nah. They can use a grill but outside of that, there’s no chef in the group. (Bassist) Derek (Fimbel) is way into coffee, he’s about as close to a foodie as we have in the band.”

“I live in southern New Hampshire so food options can be a little sparse for me, but there’s a great pad Thai place called Sweet Ginger. Everything they do is good. Also Mi Jalisco. Incredible corn tortillas.” 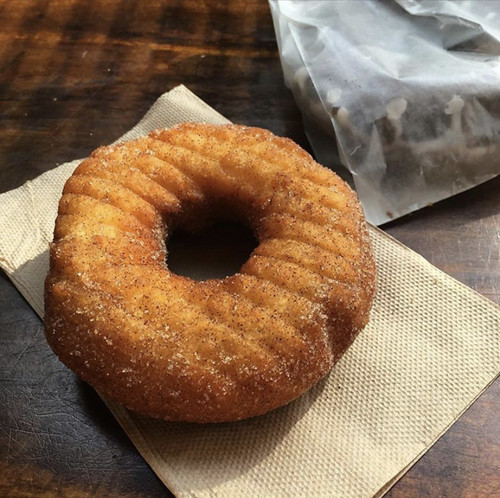 “Portland Maine. So many great accommodating spots, including Boda, Holy Donut, Barista’s and Bites, and can’t forget Taco Cat in Kittery, Maine, and we all loved The Revolver Taco Lounge last time we were in Deep Ellum (neighbourhood) in Dallas.”

“We usually aren’t that demanding, but hard ciders usually for the other guys. For me, it just says please provide a gluten-free meal and then I’ll eat whatever they provide.”

“None. I’d be too worried about cross-contamination from their kitchens (laughs).”

“We have a song called ‘All the Bars’ off our previous album, that was conceived after a night out in Bangor, Maine.”

“One burger and one dog. Just hold the bun.”

“All of the meats, mushrooms, peppers, onions. Never pineapple.”

“Does Bender from Futurama count?”

“I do have a Foreman and use it all the time!”

“Pre celiac it was Wendy’s. Now either Chipotle or Five Guys.”

“Always in person so I can make sure I’m getting something that won’t hurt my stomach.” 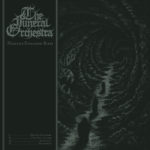 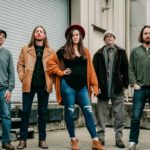