The Funeral Orchestra formed 18 years ago, but you wouldn’t think it by looking at their discography. The funeral doom outfit possesses a small handful of releases, including one full-length, 2003’s debut, Feeding the Abyss. This record sent shockwaves through the doom community with its minimalist and cataclysmic approach to genre’s funeral side; optimizing compellingly grim riffs, vocals, and space to make a record worthy of the abyss itself.

Between then and 2020, The Funeral Orchestra has released little, opting to allow the perfect creative opportunities and moods to arise and only releasing material that meets their standard. Now, 17 years since their debut, they have compiled their second full-length release: Negative Evocation Rites.

To begin with, Negative Evocation Rites opens with “Negative Evocations,” a track which solidifies The Funeral Orchestra as masters of darkness. This trio is hellbent on creating malevolent, nightmarish soundscapes with chanting and painful low growls between minimalistic, dragged out, distorted riffs being their arsenal. Occasional snare hits and cymbal crashes help the pace of the track and remind the listener of how minimalistic the soundscape is in places. Tedious repetitiveness is an ailment easily suffered by funeral doom, but not here. The Funeral Orchestra’s ability to create such a damning atmosphere with so few notes has only improved since Feeding the Abyss.

One of Negative Evocation Rites’ most appealing qualities is the sheer ferocity and inner malevolence present in the vocal ranges. Vocals vary between spoken word, low growls, shrieks, and indistinguishable noise which all work together to create a damning auditory attack on the senses which stands alongside the weight of its predecessor, Feeding the Abyss. “Flesh Infiltrations” highlights this, with its slow march of tremolo guitar work backing gruesome growls and amplifying the pure gloom which permeates throughout. It might not change much from these tonalities – opting to draw the listener into a miasmic pool of sound and thrusting its claustrophobic tendrils in a slow drudge – but that’s because The Funeral Orchestra know what they want to make. Plain and simple.

While it may remind of Sunn O)))’s tendencies to stick with a riff that works and stretching it out for as long as possible (and that’s a nod to the majority of funeral doom out there), twinges of difference pop into the record here and there to deliver packets of flavour when they’re needed. “Negations I,” the third track, introduces what some could consider a melody, albeit subtly; a moment which becomes standout in comparison to the barrage of feedback, noise, and sheer malevolence experienced pre and post (all of which are excellent qualities of the record).

With a 17-year gap between full-lengths, it’s quite surprising to feel as if Negative Evocation Rites carries on near exactly where Feeding the Abyss carries off. They’ve lost the extra trimmings of fat around the edges; no interludes here, just a prolonged, cold, auditory chasm which invites the listener to sink into darkness and witness the deconstruction of the self. This bears its pros and cons, simultaneously helping to accentuate the sound they have carried on from their previous efforts and struggling to add just enough variety to keep full interest in places. Overall, however, it’s a hell of a record and even more of a journey.

With Negative Evocation Rites, The Funeral Orchestra perpetuates the dense air of morbid and murky funeral doom they nailed in Feeding the Abyss, carrying it to higher levels. Its simplistic nature and ability to create a consistently malevolent atmosphere, while showing the ideas the outfit have cooked up during their silence, gives cause for much excitement about this mysterious funeral doom project. Will they show their face again? Only when the time is right, but Negative Evocation Rites is certainly worth the wait. 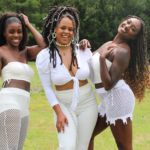 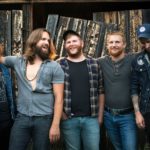