Oakville, Ontario-based pop-punk outfit, Weigh The Anchor are gearing up for the release of their newest EP, Right At Home. Kicking it off with the first single, “Medicate,” (read our song review here) back in May to great feedback from fans, the band has been consistent with their push of the new tunes. The album marks their first release as a three-piece and with Andrew Zamora now tackling all vocal duties. Shortly after the drop of the first single, we had a quick chat with Zamora about the EP, as well as everything going at the time.

Awesome. For starters, thank you for taking the time to chat. Much appreciated.

“No, thank you so much for having me on, this is great.”

Of course. We’ll just get right into it; “Medicate” has been out for the past few weeks now, how have you been finding the response to the new song?

“It’s been great, we’ve gotten a lot of good feedback. It always feels good to put out new music. We recorded at the end of January/early February and we always want to put our new stuff out right away. It feels good to finally have it be out and people watch it. We’re really loving the response, it helps us to keep things going and write new music and you know, try and keep working harder at what we love doing.”

Why go with “Medicate” as the first single to put out?

“This whole EP we’re releasing is… We really took a different direction with our writing. We really wanted to focus on writing stuff together, even for doing demos, we were always together. Having something that we all really loved, there’s not a single part that we’d look back on and think ‘Oh, maybe we could’ve changed this’ so it really is some of the best music that we’ve put out and ‘Medicate’ was a different change from what we’ve created before, so we really wanted to show this one first. This one stood out the most to us. We were very proud of it and we wanted to show people. Releasing it, we were very happy with how it turned out and it’s a start of a new chapter for us. We felt that this song was the best way to come out swinging, especially with everything going on these days.”

Who did you guys work with for the new release?

“For the past releases even, we’ve always gone with (Toronto area producer) Sam Guaiana. He’s amazing to work with, really brings out the best of us, he has great insight in putting our songs together. You go in thinking you have some great tunes and he can add that twist to make them even better. It’s so much fun working with him, and a lot of bands from around here work with him. You can tell he loves what he does, he brings out the best in everybody.”

Absolutely and how are you guys handling everything happening right now? You plan on releasing this EP on top of having tours booked.

“We’ve really been trying to stay busy. It’s kind of funny how we’ve gotten into this groove and settled down for this new way of not being together right now and… just keep working, try to keep busy and do as much as we can with online stuff, visuals, trying to keep people involved without playing shows. Our favourite thing is to play shows and meet new people and go to different cities but we’ve been trying to be more vocal online, we do a lot of video calls, keeping people connected in this time. It’s been crazy but it’s still easy to stay connected with social media and technology, there’s still ways to talk to people we love.”

That’s the thing. Like you said, trying to be active on social media, Zoom calls and even streams. Especially in the music community, I’m sure you’ve seen the various streams of bands. Personally, I was watching an Underoath stream right before this so there’s definitely no shortage of that.

“I think it’s really great. Even watching Grayscale, they have their NHL team that they play every week. Everyone’s pushed into doing things online to stay connected but hopefully when we can get back together and play shows, we can keep everybody staying connected with the avenues that we’re doing right now.”

It seems like even before this; I think it was Grimes (it was) who said streamed concerts are going to be the future and she got a bit of flack for it, and now at this point, it’s all we want. But going back to what you were saying, how “Medicate” was a change for your band. You guys did have a couple member changes, going from a five-piece to a three-piece. How did that affect the general vibe and creating?

“It’s always nice to have a shift, especially with something we’ve been doing for a couple years now and something we love. There’s always going to be curveballs, like losing members and you always want to keep stuff moving. Before we recorded these new songs, we sat down and really tried to tell our story of our point in time because life changes so fast. Every year changes, you go through different situations and we want to capture what is going on in our lives and put into our songs. We want to continue to make new music and as our lives change, we want to express that. Our songs and recordings are basically screenshots of our lives.”

I’ve listened to the EP quite a few times now and I personally think it’s your best work to date. From what I’ve gathered, it is a darker tone compared to your other works. Were you guys influenced by anything in particular when it came time to write and record?

“Yeah, recently a lot of the pop punk bands we’ve grown up listening to; everyone is always trying to adapt to the changing music scene and everyone’s opinions. There’s so much music out there these days and even like, the first couple albums from The Story So Far and their last record was a huge style change from what they did. You never grow out of a style, as a person, you always evolve and change. Mine as well, you have to express you changing in your music style. We have a bunch, but it’s always cool to see bands changing their sound just based on where they are in their point of life.”

You guys are from Oakville, Ontario, in an area that has birthed god knows how many bands like Seaway or Silverstein. How do you find it coming up in this community with so many bands in it doing the same thing?

“It’s tough now being a band. Even if bands are from like Mississauga, Burlington, we’re all a part of it. It’s still tough no matter what trying to get it going, finding venues. There’s not that many places to play in Oakville right now, but the surrounding area is great. Obviously being so close to major cities helps with finding different places to play. Southern Ontario is great for live music and pop punk bands.”

Right. I’m from Oakville as well and yeah, it’s great being in the middle of two major cities for local music, like Hamilton of course, you have the classic Doors and Absinthe.

Yeah, I never thought I would miss Doors so badly. It’s insane

But in Oakville, other than the odd house show here and there, the only place that seems to put on shows is Less Than Level.

“They haven’t been putting on live bands for that long and it’s cool to see it become a hub to have. Like that’s the place now for having people come out for shows and it’s great to see.”

Of course, we are currently dealing with the whole pandemic. As time goes on, where do you see the music industry going? Recently, July Talk announced their attempt at putting on shows at a drive-in and there’s talk of socially distanced shows. What do you think?

“It’s tough to see what’s going to happen. So much has changed and it’s even hard to remember now playing shows with a bunch of people pushing and shoving, crowdsurfing and not having to worry about anything. I love how everyone is doing the live concerts online and still trying to get people inspired and feel like their normal lives. I really do hope we can get back out there soon. Even country stars started doing the drive-in shows but there’s still the huge stage and… People need music.”

Absolutely. At this point, only one song is out from Right At Home. Do you have a current favourite from the release or one you’re most excited to put out?

“The last song, ‘Discourse.’ It’s more stripped down, just guitar and vocals. It really hits home for me, I put a lot into the writing of these lyrics and really tried to express myself and keep it simple and hopefully people can connect with it and we’re really stoked to actually show them that one and hopefully everyone can get a good glimpse of what we’ve been going through. I hope that now people will look forward to that one. I think it’s one of the best songs we’ve ever written.”

That one is definitely my favourite as well. I just knew from the first time I heard it. Is there anything else you would like to add or plug, anything like that?

“I hope people can keep listening to music, checking in and supporting bands. It’s a tough time for bands right now and anybody in a business trying to do their passion so just support new stuff, support local. Help everyone out.”

Fantastic. Andrew, thank you for taking the time to chat.

“Thank you for having me.” 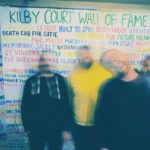 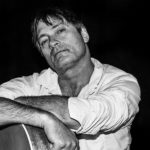