Amidst the state the world is in, many artists are cancelling plans left and right, whether it be tours or album releases. However, that hasn’t stopped Oakville, ON’s Weigh The Anchor from carrying on. They’ve been grinding it out in the local scene, and nationally when possible, playing with bands like Bearings, Tama Hills and Keep Flying all while carving out their own niche.

On May 15th, the group unveiled their newest single, “Medicate” (as well as an accompanying visual), their first with Andrew Zamora tackling all vocals rather than the back-and-forth vox on previous releases. Their first piece of music since their 2019 EP, Different Ways, the now three-piece (formerly a five-piece) haven’t necessarily reinvented themselves, but rather taken what has worked for them and refined it.

The guys have been known for their upbeat pop-punk sound, reminiscent of the easycore style popularized by bands like A Day To Remember and New Found Glory. While they’ve retained some of those elements, the tone isn’t exactly the upbeat pop-punk one would expect. Rather, they’ve made a sonic shift towards heavier pop-punk, further pushing their catalogue and showing signs of maturing. Zamora taking over as lead vocalist was the ideal move; With him running the show, it’s a perfect fit for the new sonic direction.

In a way, it feels like “Medicate” takes a step back from the band’s more technical approach in favour of creative fluidity. Whether it was intentional or not, it’s quite difficult to not focus on this single’s catchiness. It’s not breaking any boundaries within the genre, but it’ll be hard for any pop-punk fan to deny that it’s a banger.

The accompanying video depicts the passing of time, feeling like you’re drowning and, generally, stuck in a place from which you can’t escape. It works with the song so well and is a big step up for the group. This latest single is just the start of what’s to come for Weigh The Anchor in 2020; be sure to keep your eyes peeled. 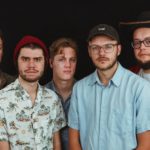 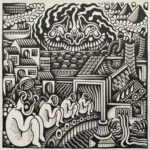