Be it the jarring tech of Sikth or the progressive rock of Brighton’s Black Peaks, the underground rock scene built on this island has always managed to provide fans with a gem or two. One to add to the list is Watford quartet Gold Key who, in amongst their ranks, comprise members of the aforementioned Sikth and punk rock agitators Gallows. The band made their mark in 2017 with their Hello, Phantom disc and, a couple of years later, is back with another slab of proggy/indie brilliance in the form of Panic Machine.

Now, given the team that Gold Key consists of, it would be no surprise to find that the calibre of songs on Panic Machine is top level. Far from being a happy record though, Panic Machine sees Gold Key dig into the depths of some of our darker emotions. Helped by recording the entire album in isolation in a cottage in Wales, Panic Machine, taps into that feeling of isolation and loneliness perfectly. Described by frontman Steve Sears as “an exorcising of demons,” the end result of those hours, days and weeks spent recording this album completely off-grid, is a bleak yet incredibly honest and heartfelt.

As for the music, Gold Key’s blend of arty-prog mixed with indie rock taps into sounds that will fall favourably on the ears of fans of bands like Radiohead, Baroness and Mogwai, at times they churn out epic-sounding indie-pop before swiftly heading down a more hardcore route. Through tracks like the bleak opener “Sweet Darkness,” “Strain” and “Don’t Sleep,” you can hear how much of a personal journey this is for the band and, in particular, frontman Sears. However, despite being an honest, intimate look, there is no getting away from the fact that Panic Machine is also a massive-sounding rock album.

Don’t be put off by the prog tag either, Panic Machine is a beefy recording from a band who, having locked themselves away, have been able to tap into their collective creative minds. The end result is a dramatic, bleak, honest record whose utter genius can only be fully appreciated if, like how it was recorded, you lock yourselves away from all distractions and immerse yourself into it completely. 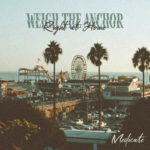 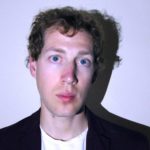