They may be called Hibernator, but there’s certainly nothing sleepy about this dynamic young band. If the band were a VCR, they’d be missing the pause button because these guys only know how to keep moving forward with their exciting mix of progressive and alternative rock.

Distinguished by their gritty guitars, heavy rhythms, and melodic screams, Hibernator will appeal most specifically to fans of the sorely missed Balance and Composure, Michigan/Ohio emo rockers Citizen, and California post-hardcorers Movements. With the gas pedal pushed as far to the floor as it can go, Hibernator continues to emerge with strong new releases like their brand new single “Low Light.”

Describing the song and how it was written, singer and guitarist Phillip Yanzick said, “‘Low Light’ is a heavy driven spiral of emotion. With the heavy upbeat rhythm section, the explosive guitar work, and the lyrics begging for new start. the song is no stranger to the themes of trying to move past a love, or torn relationship. This is another song we chose to work with producer and friend, Stephan Hawkes. While in the studio, we asked Stephan to help craft the song as it wasn’t fully finished upon arrival. (Drummer) Anthony (Vesco), (guitarist) Zach (Jurcich), and I had the main ideas of lyrics, slightly modifying them but Stephan helped lock in all of the final touches on the melody.”

Aside from their immense songwriting talent, where Hibernator wins as a band is in the way they are able to relate with their fans. Not only are they able to reel you in with their endlessly catchy melodies, but they also write about things that we all know and experience like with their upcoming single “Petrichore,” a song you’ll quickly connect with if you’ve lost someone or felt disconnected from an individual you care about. The song came together rather quickly while the band was on tour last fall and it’s indicative of the place in which Hibernator currently find themselves. The songs have been coming quickly as of late for the quartet, with “Low Light” following up the February release of “1989” and the December released “Lucia.” This all comes after the successful release last year of their debut EP Empty which introduced listeners to their upbeat, emo-influenced grooves. With lots more ideas simmering on the back burner, Hibernator is wide awake and eagerly waiting for you to join the clan. 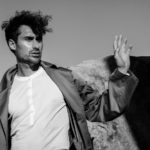 C. SHIROCK Ruminates on the Philosophical Works that Have Most Influenced Him 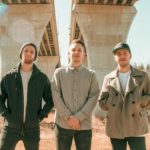