There’s Motown and then there’s evil Motown. “Evil Motown?” you’re probably asking. What the heck is that? Well, it’s a genre of music that you’re going to get really familiar with today courtesy of the musical act known as Animal Scream and their new album Nightwalk. The duo is the concoction of Chad Monticue and Josh Sickels, friends since childhood who both grew up listening to a lot of classic Motown music.

While it may not be overly evident within their sound, the spirit of Motown shines right through within their unconventional pop sensibilities. Sickels came up with the term “evil Motown” as a comical way of categorizing their music since it really doesn’t neatly fit into any one genre. It’s dark pop music that encompasses a vast range of influences, from Prince to Roy Orbison, to Thom Yorke, and to Misfits-era Glenn Danzig. Add that all up and you get evil Motown!

With a comment on Nightwalk, Monticue said, “Nightwalk was the result of a tumultuous year for us both and I’m grateful to have created this haunted lost at sea memoir with one of my closest friends. It’s a dual narrative that captures our raw state of mind during a difficult time of loss and transition. I couldn’t dream up stranger days to release it but art should always find it’s way into the world if only as an attempt to understand it.”

The diversity of sounds and styles that you’ll find within Monticue and Sickels’ brand new album, Nightwalk, is nothing short of awe-inspiring. Take the single “Station To Station,” for instance, an upbeat, atmospheric, groovy tune that sounds like something Prince could have recorded had he been born in the 1990s. Rather than try to make strong statements with their music, Animal Scream prefers to address general themes and leave things open to listener interpretation. “Station To Station” addresses Monticue’s experience working as a specialty pharmacy patient advocate for six years, a time when he became frustrated, disillusioned, and incredibly stressed out trying to get medical coverage for people who would rarely receive it. The song emphasizes the joy of getting to that point where you can make up your own mind and choose to go your own way.

All at once, Nightwalk is refined, electric, dramatic, and raw. It’s basically the way an album sounds when the individuals who make it are so clear in their focus and their vision of where they want to go, and what they want their listeners to feel and think. 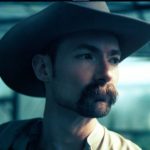 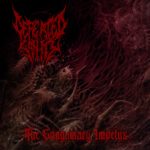