We’re seeing neon red today thanks to the rocking new music video for “Black Magic” from the energetic duo known as Satellite Citi. We previously became acquainted with the pair—vocalist/drummer Anna Gevorkian and guitarist/backing singer Shaunt Sulahian—last year when they were releasing their debut EP, Negative Space.

Rather than ride off of the success of that EP, they remained determined and have written and recorded not only this new single, but also a new record titled Fear Tactics that’s close to completion and slated for an early 2021 release date. Negative Space received extremely positive reviews from a variety of publications which made the tandem more confident in the writing and recording of Fear Tactics. They again worked with Brad Wood (Say Anything, Placebo, Liz Phair, Smashing Pumpkins) to produce and record the full-length with Wood adding an element of comfort and familiarity to the recording process.

As a song, “Black Magic” deals with our propensity to get used and abused by other people. Commenting on the song, Gevorkian stated, “‘Black Magic’ is about falling victim to someone’s manipulation or ‘spell’ so intensely that you lose sight of yourself.”

You may wind up hearing “Black Magic” as part of the upcoming rock documentary Long Live Rock…Celebrate The Chaos, featured during the film’s end credits. The film features exclusive interviews with some juggernauts of rock n’ roll such as Metallica, Korn, Slipknot, and Rob Zombie. Additionally, Satellite Citi is also hard at work on a more multimedia project, namely a science-fiction comic book series titled Spacewalker. In cooperation with former DC-Comics editor Jim Higgins, Spacewalker is designed to coincide with the flavour and the themes of Fear Tactics with both the album and the comic set to be released around the same time.

With a lot on the go, things are looking up for Satellite Citi. It’s proof positive that there is always going to be a strong yearning for powerful and distinctive guitar riffs that pay homage to the classic rock anthems of the past. 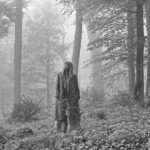