A man who needs no introduction, Slipknot and Stone Sour frontman, Corey Taylor has confirmed details for his debut solo album, CMFT. Set for release on October 2nd via Roadrunner Records, the thirteen-track record is preceded by the two singles “Black Eyes Blue” and “CMFT Must Be Stopped” [feat. Tech N9ne & Kid Bookie], the latter of which also has a music video. CMFT was recorded with producer Jay Ruston at Las Vegas’s Hideout Studio and is now available for pre-order, including a limited edition vinyl version. 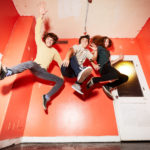 JunkBunny Continue Their Emergence with “Another Summer Song” [Video Premiere] 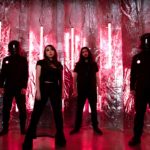