Welcome to The North Country, a place where you can indulge in all of your pop music desires. The Washington, DC-based musical collective in question is but a few weeks away from the release of their new album, America and Afterwards, a selection of tunes with a much-needed dose of honesty that really, we all need to come to terms with. The album contains a number of personal commentaries about America and the state in which it finds itself at a time when millions of people are asking serious questions about race, politics, and society.

The group’s new single “Chains Of Love (on Prisoners Of War)” couldn’t be any more topical than it is now, a song about looking beyond the skeletons of the past and confronting the present and the future head-on. To shed more light on the lyrical content is lead singer Andrew Grossman who notes, “This song is about how at the core of this country is a set of contradictions. How could the same country elect both Barack Obama and Donald Trump? The notion of it just seems absurd.”

Grossman continues, “This song also contains what I think is the most important line on the album: ‘we gotta give up on the past and ghosts that haunt this place / to make good on the future you gotta look the present in the face.’ Too often we do things not because they’re the best way to do them or because they make sense, but because it’s the way they’ve always been done. Our bad habits are like ghosts, haunting us, and it’s up to us to give them up before we destroy ourselves. If we are going to build a positive future for ourselves we need to start with a good long look in the mirror and be honest with ourselves about who we really are.”

A similar honesty and hopefulness is rampant throughout America and Afterwards. The future that we are responsible for creating must be radically different from the present and the past. America and Afterwards may confront some tough topics, but there’s an optimistic tone that society can become something better if we rid ourselves of racism, misogyny, and unrestrained capitalism. These issues have perhaps never been more at the forefront of society, especially in the last week which makes America and Afterwards an important listening experience. 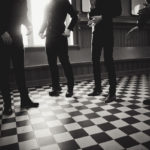 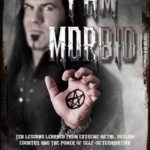 “I Am Morbid” by David Vincent with Joel Mciver [Book Review]