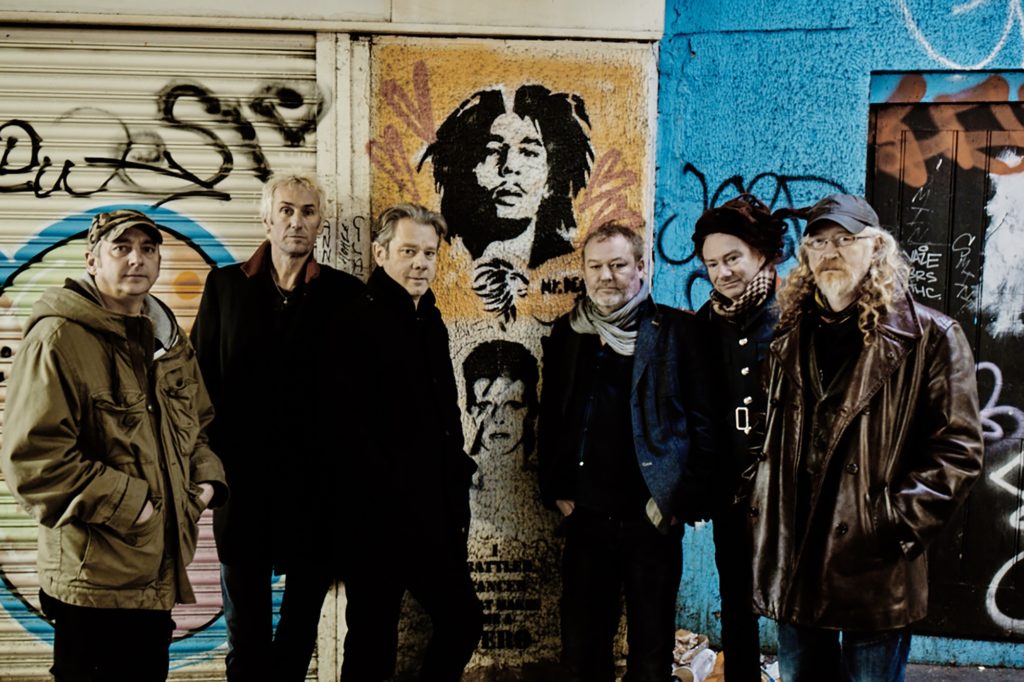 UK rockers Levellers continue to ramp up to the August 14th release of their new album, Peace, via On The Fiddle Recordings and, today, have unveiled a video for their new single “Burning Hate Like Fire.” Interestingly, the video will only be available for one week. The clip, which opens with wooden caricatures discussing the song’s significance, which, according to a recent press release is, “[a] commentary on the cycle of anxiety, negativity and grimness that comes with living in the fast-moving modern world.”

Bassist Jeremy Cunningham comments on the song, saying, “It sounds like a big pop tune until you really start listening to it. Then it’s, ‘That’s a bit uncomfortable.’ It’s quite a subversive song.”

Across eleven new songs, the reflective new album examines the turbulent state of the world. Singer and guitarist Mark Chadwick elaborates on that notion, “It’s an aspirational title. We’re searching for peace. I’m not a religious man, but it feels like the devil is walking the earth right now, but that doesn’t mean there’s no hope.”

Peace follows the Brighton group’s last recording, Static On The Airwaves (2012), and some 30 years since their inception.