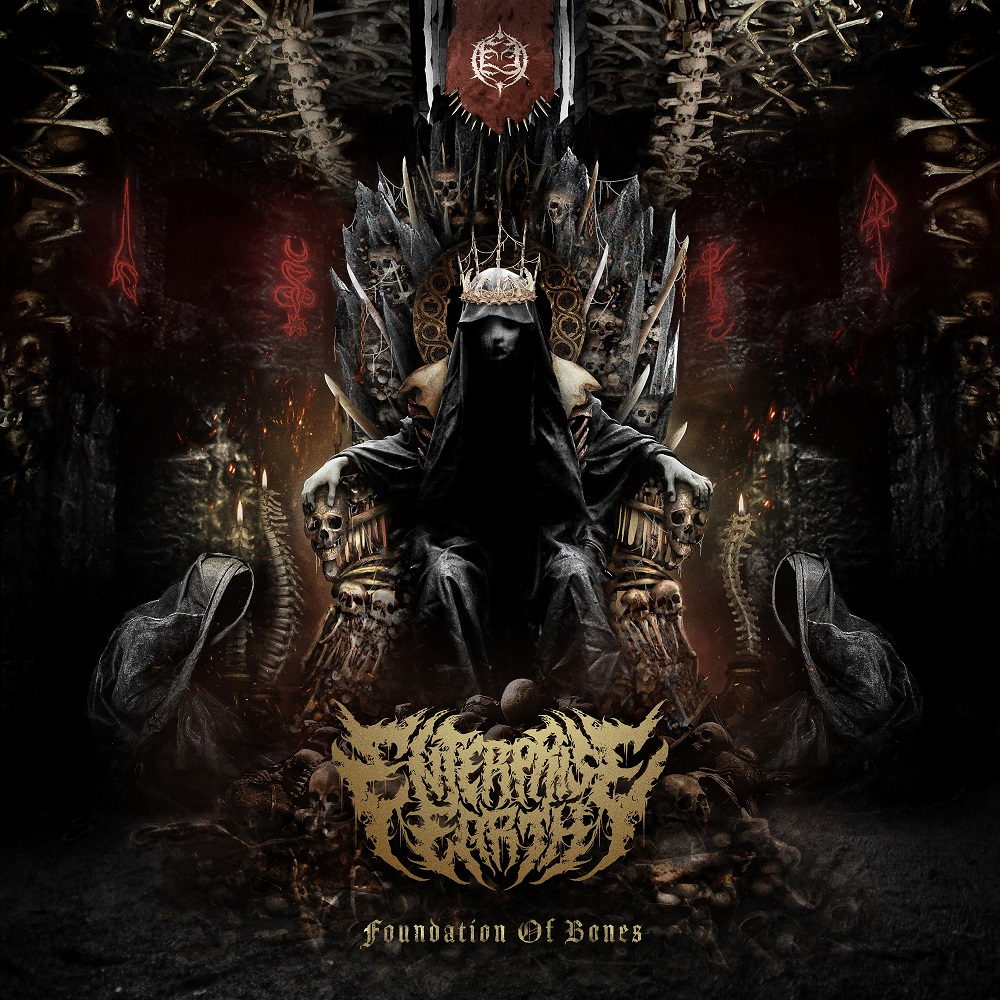 Don’t you just love it when bands drop surprise releases with absolutely no warning whatsoever? Well, okay, we got about 24 hours notice that this one was going to appear but, still, that gave us no time to get utterly frothed up like we usually do when a group like Enterprise Earth announces they’re going to unveil new music. Our mouse couldn’t click play quick enough the moment Foundations of Bones appeared in our inbox and, while it might only be a five-track taster, there is certainly plenty on here to get worked up over.

Comprised of the title track and an acoustic version of “There Is No Tomorrow” taken from 2019’s crushing Luciferous album, and an instrumental of the title track, the real selling point is the two cover versions. However, let’s deal with the other two songs first. The opener, and title track, picks up where Luciferous left off: Precise, epic deathcore with a blackened twist to it, the song is top-quality material from the Enterprise Earth camp although we would have sacked off the instrumental for more new material from the band. As for the acoustic performance of “There Is No Tomorrow,” while the shift in tempo to something less face-melting is unusual, the haunting air created helps this fit seamlessly alongside the group’s heavier material.

So, onto the two covers, and two tracks from acts who Enterprise Earth have cited as huge influences on the band and their music. The first, a cover of Lamb of God’s staple “Now You’ve Got Something To Die For,” is a thunderously heavy rendition completed with Dan Watson’s delightfully guttural vocals. Speaking of delightful, his rotten vocals are perfect for their filthy cover of Necrophagist’s “Fermented Offal Discharge,” five minutes of technically crushing, sewage-soaked filth.

Foundation of Bones might only be four-tracks-long (we’re excluding the instrumental) and is probably nothing more than a bit of fun conjured up during lockdown, but it’ll certainly keep you going if you’ve played Luciferous to death since its release last year. Hopefully, the band has been keeping busy writing more material during the last few months because, when the follow-up drops, on this evidence, the deathcore scene won’t know what has hit it.

(The band recently gave us a track-by-track rundown of their new material; read that here.)