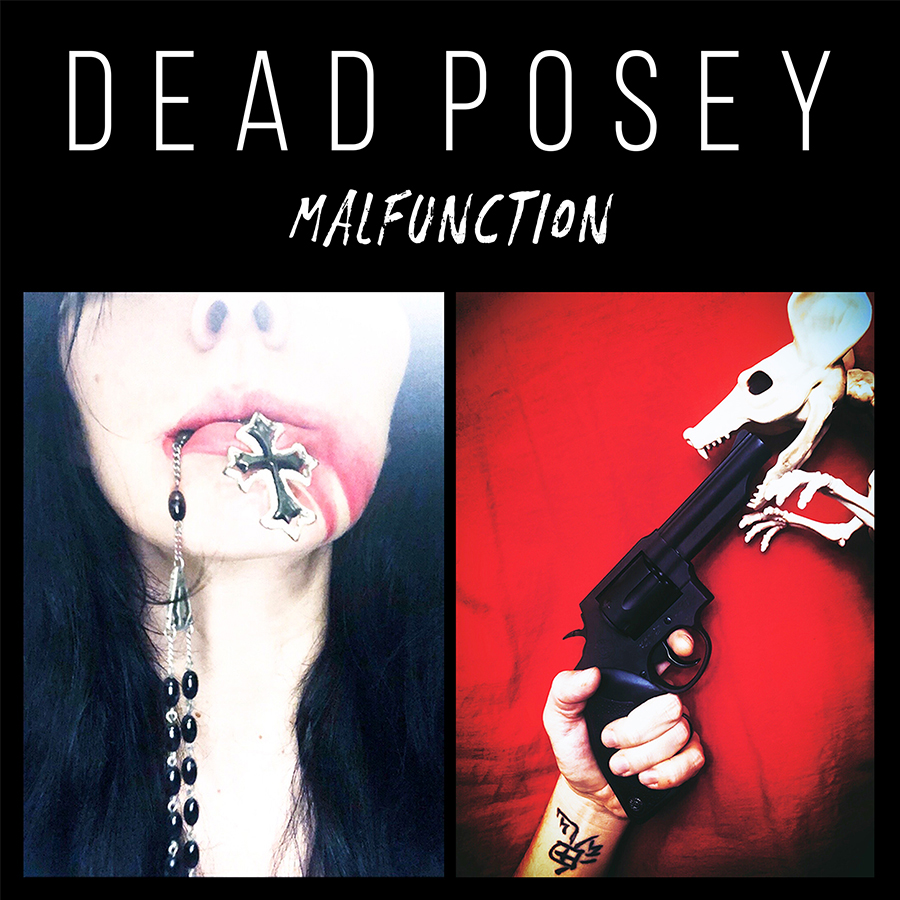 With touring plans, including an appearance at 2020’s Download Festival, due to take place earlier this month now cancelled, husband and wife pair Danyell and Tony F wasted no time and, instead, put out this new EP, Malfunction, the follow-up to their 2018 debut. Taking their name from the nursery rhyme “Ring Around The Rosey,” Dead Posey is here to take listeners on a journey into their dark world.

The EP kicks off with the sneering “Head Of The Snake,” a whirlwind of a track full of swagger held together by a relentless beat and, as for that chorus, you’ll be singing it before you know it. The perfect introduction to what this couple is about, imagine the swagger and attitude of a band like Halestorm, coupled with the dark industrial beats of Nine Inch Nails and Marilyn Manson. “Parasite” continues as the pair create a sound that is so dirty it should be X-rated!

“Bad Things” just drips with sex appeal over a writhing Nine Inch Nails-inspired industrial grind. Less raucous than the previous two tracks, one listen to this track and you can hear the connection between this husband and wife duo literally crackling through the music. The four-track offering ends with “Holy Roller” and more of that distorted, dark-as-fuck industrial rock, wrapped around Danyell Souza’s smouldering, attitude-laced vocals. Trust me, you’ll need a cold shower by the time this one signs off!

Given that the abandonment of live shows for months to come affected their plans, Dead Posey has made sure that, with Malfunction, they’ll shake your world like never before when they finally get to unleash their sexually-charged industrial rock on your senses in 2021. Make sure you’re prepared!