Friends, how stoked are you for the release of The Bastards, the latest album from Las Vegas, Nevada-based art-rockers, Palaye Royale? Well, if it’s anything like a bunch of the V13 staffers, anticipation is high. The fashion-forward group—which consists of musicians Remington Leith, Sebastian Danzig and Emerson Barrett—will issue the fifteen-track album tomorrow, May 29th, via Sumerian Records and, to steal a line from the band themselves, it’s an “adrenaline-fueled, rock n’ roll circus.”

Following a year-long release of a string of highly successful music video for the singles “Fucking With My Head,” “Nervous Breakdown,” “Hang On To Yourself,” “Massacre, The New American Dream,” “Lonely,” and “Little Bastards,” which have collectively garnered millions of views, the guys have compiled a fun, exclusive video clip depicting “lost” scenes from some of the just-mentioned videos’ shoots. The video shows some never-before-seen and behind-the-scenes footage of the “Hang On To Yourself” and “Massacre, The New American Dream” videos, plus a promotional video titled “The Bastards: Initiation.”

In fact, why don’t we let Sebastian tell us, in his own words, just what you guys are about to watch: “Fans were asked to come join us and participate in the Initiation video. The amount of fans that showed up were way more than we expected and the FilmLA Permit officer would not allow them to participate, but the band insisted that we find a way to allow them to be there since they went out of their way to help us. We finally talked the city into letting the overflow of fans be on-set, but behind the camera so that even though the city wouldn’t allow them to be in the video, they were still able to hang out with the band and see the making of the video!”

The videos for both “The Bastards: Initiation” and “Hang On To Yourself” were filmed on September 3, 2019, while “Massacre, The New American Dream” was shot on November 7th, 2019. All of them were recorded in sunny Los Angeles, CA. 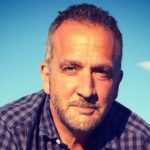 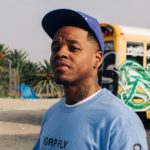