If you’re currently feeling a lack of motivation because you’ve essentially become a prisoner of your own house due to our global pandemic, then you could use a good shot of Raul Midón. Midón is a highly accomplished singer, songwriter and guitarist who has just made his return with his eleventh studio record, The Mirror.

You’d think it may be difficult to break new ground after ten albums, but not for a man such as Midón with The Mirror delivering some of his most innovative material yet. Would you like some examples? Ok, well how about studio meetings with veteran jazz colourist and vibraphonist Joe Locke on “A Certain Café,” a collaborative track with the highly respected pianist Gerald Glayton on “Deep Dry Ocean,” and perhaps the album highlight, a jazz ballad called “Cold Cuts and Coffee,” impossible to dislike.

Another key track on The Mirror is the cheerful and upbeat “I Really Want to See You Again.” The music/lyric video does a beautiful job of putting on display Midón’s innovative guitar technique, as he plucks away at the strings in a fashion that you rarely ever see, especially these days. Explaining the song in greater detail, Midón said, “The song is about a fictional character who might not be the nicest guy wanting a second chance with the one he wronged. I also got to feature my good friend recording artist Wayna as a guest star in the video. We had fun.”

Still not feeling fully motivated by Midón and the positive vibes of his new song? Ok, well how about the fact that the artist continues to perfect his craft, not to mention has done it all while blind. Others may feel defeated, but Midón has used his condition to his advantage as a musician. He has achieved a method of interpreting his surroundings like no one ever could, while living in a world of sound. His approach to life and how he experiences it has ultimately fueled him as an artist to the point where he is now considered one of today’s best and most passionate soul singers, reminiscent of the legends of the ‘60s and ‘70s. Midón also produced the entirety of The Mirror which became one of the most fun recordings he has ever done.

Everything Raul Midón has achieved in life he has earned through hard work, passion, and perseverance, including his two Grammy Award nominations. Need we say any more to give you that push that you need? No, we didn’t think so… 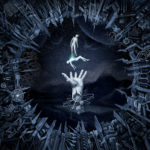 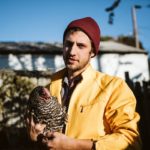