Kansas City-based Fritz Hutchison is a talented multi-instrumentalist who blends Americana, indie, and folk into a homespun, heart-of-the-midwest sonic package. With tons of experience collaborating, recording, and performing with various musical acts, and playing in his own bands, Hutchison finally decided 2020 was the year to step out on his own and make an indelible mark on the music scene that he loves so much.

Enter Wide Wild Acres, which dropped March 27, 2020, via Center Cut Records. The eight-track album is anchored by the already-released single, “Stationary,” and a supporting cast of original, unreleased songs. As the album helps audiences attune themselves to Hutchison’s warm timbre and broad, melodic skills, the artist himself joins us to give a track-by-track rundown of his debut album.

“Have you ever wondered what it would sound like if Carol King was a really bored Game of Thrones fan with writer’s block? Here’s your chance to find out!”

“I was trying to play drums like Steve Gadd applying a John Bonham-groove to an early Bruce Springsteen song. If that’s not a thick enough seventies soup for you to enjoy, then I’m not sure what else I can do for you.”

“This song is more or less about someone caught up in denial that a relationship that is falling apart or is held together for the wrong reasons. I’m no psychiatrist, but I think that being in a state of denial requires a sub-conscious awareness of the truth, and this song is written from the vantage point of that buried pocket of awareness. Essential horns here by Teddy Krulewich and Aryana Nemati.”

“There was a city-wide interactive art installation in Kansas City, Missouri several years ago that placed pianos in public spaces all across town. I came across one of these pianos while taking a restless walk late one night… must have been nearly 2 am. There was nobody around, but I still felt the need to play hushed in the night, and these were the chords that came out at that moment. The lyrics refer to several landmarks in the southwest of Ireland, the only country I’ve been to outside of the USA.”

“This song is unique on the record because it was inspired by events that did not actually happen to me. I feel myself being pulled more towards writing character studies that are more narrative in form and external from my own story, so this may point towards what is to come from future me lyrically. The piano intro and dramatic instrumental section were very inspired by the song “Jungleland” from Springsteen’s Born to Run album.”

“This song is more or less a love letter to my family. I’m very lucky to have grown up in a loving family with wonderful parents, and I feel like their example of love and acceptance has armed me with what it takes to pursue what is right and joyous in this life. The ‘acres’ themselves are the unknown – the adventure and wonder and troubles and darkness that wait for us all further ahead in time, where we cannot predict our fates, we can just move forward with love.”

“The first thing I have to say is that I thought ‘schnatterling’ was the German word for butterfly. It is not. It‘s ‘schmetterling.’ Anyway, that’s sort of an appropriate goof-em-up, since the whole song is about misinterpreting signals from somebody and only realizing it too late, once your relationship with that person has gone too deep to acknowledge it. Sort of like meeting someone, immediately forgetting their name, and then hanging out every now and again until suddenly it’s been three years and you have no idea what this person’s name is but you’ve seen pictures of their kid and they know embarrassing stories from your dating life…. how do you broach that subject?”

“Just a good ol’ country rocker about how nobody’s perfect! It’s ok! And if you miss an old friend, but maybe things left off on a weird note last time (when you forgot their name after three years), then I hope you can remember the things that make your friendship important enough to miss. It’s worth it to open up and be vulnerable to people you care about, but, of course, that’s easier said than done.” 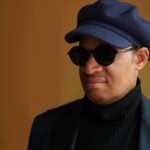 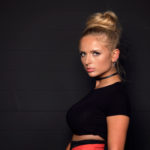