“Carving Flesh” is the name of the fresh new single (and accompanying debut music video) from solo electronic artist Bara Hari. It serves as a worthwhile introduction to an emerging young musician, ready to blow up with the upcoming release of her debut EP. Coupled together, the song and music video feed off of each other, with the dark poppy beats and Hari’s impressive vocal range serving as the perfect companion to the gloomy visuals of her artful performance. Just have a look and you’ll see what we mean…

Offering some depth and insight into the writing process and the song’s inner meanings, Hari shared, “This song was written in late 2017 but sat on the shelf because I couldn’t come up with a vocal melody that I was happy with. At that point, I had only been dabbling in music for a couple of months so it was extremely lo-fi. I was still learning Ableton Live and experimenting with different synth patches. It was kind of a mess so I left it alone for a long time. It was written on my old laptop which kept crashing so I almost discarded it completely until transferring it onto another computer. Once I brought it to my partner, Ian Flux, to work on the production a bit more, the song really came to life. The melody and lyrics clicked in my head almost immediately.”

Hari continues, “I don’t usually have a solid idea of what a song is going to be about until I start to just let random words spill out. Then I kind of take a step back and go, ‘oh wow I guess I was thinking about ___.’ This song ended up being about letting go of any sort of guilt (especially religious) when it comes to sexuality. I grew up Catholic and, though I don’t identify with that faith, the guilt that comes with it is hard to shake. It really took me ‘til my mid-20s to get comfortable with being myself and living how I wanted to. I wanted it to have a contrast of really heavy elements and strong vocals with some lighter, ethereal breaks in between.”

Detailed words from a detail-oriented artist. Heavily influenced by silent film aesthetic and the era of the golden age of cinema, the Los Angeles-based Hari’s (real name Sam Franco) goal is to take classic imagery and modernize it in her own way that’s conducive to a full-fledged audiovisual experience. With a background in visual arts and an affection for the performing arts, Hari experimented her way to becoming the talent she is today. Combining industrial, classical, trip-hop, darkwave and pop serves as the basis for this one-of-a-kind sound. Although she may excel within the darkness, there’s a lot of brightness in the future for Bara Hari. 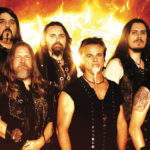 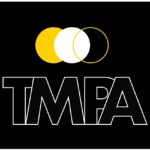