Cheer up and stop feeling so damn “Blue,” though, when it comes down to it, there is something a little blue about the latest release from singer-songwriter Lexytron. Just take a look at her new music video, which features the English artist performing her new tune right in front of some short waves of beautiful blue water with an equally serene blue skyline above. It’s a disarming video and one that situates itself perfectly with the song’s tone and subject matter. It also speaks to who Lexytron is as an artist, someone who doesn’t hesitate to hide her feelings or emotions. What you see is what you get, and that’s the way she likes it.

“Blue” is a preview of what’s to come on Lexytron’s new album, Something Blue, due out on March 20th. Explaining some of the inner meanings behind the song, Lexytron commented, “‘Blue’ is what I consider to be the love song of the album, albeit bittersweet. It is about feeling so strongly about someone that it is hard to be both with and without them. The album is called Something Blue because it captures where I was in my life at the time of recording it and there’s also another song called ‘Gypsy Blue’ on there. Interestingly an artist once told me that I gravitate to paintings with blue colours, so maybe I was a little blue penguin in a former life! The video was shot at Lake Pukaki in the South Island of New Zealand, having recently relocated to Auckland from London.”


As she alluded, Lexytron recently made the move from London to Auckland, New Zealand for a change of scenery. Originally from Manchester, she eventually relocated to London, where she has really got her musical career jumpstarted. Her debut, Something Blue, does not restrain itself to a particular genre, with Lexytron feeling comfortable integrating all of her rock n’ roll, alternative, and classical influences into its eleven tracks. Recorded in London before she moved with Mike Grice of indie rock group City Reign, Something Blue is unconventional in that it has no problem throwing big riffs at you, along with gentle string arrangements, choirs, and classical melody. It’s situated all within the irresistible allure of a pop album, which makes this an attractive experience for listeners of all preferences.

Lexytron has joined us today to answer a few questions about the music video for “Blue,” the new album, and why she decided to make the move to New Zealand.

You mentioned that “Blue” is a love song, but deeper than that, it’s about feeling so strongly about someone that it’s hard to be both with them and without them. Are you trying to say that being with them is hard because you have a fear of disappointing or letting that person down?

“That is one interpretation and I like it! Sometimes a song is triggered by an emotion I might be feeling or tapping into from something I’ve observed that day, but then it takes on a different meaning as I write it or afterward when it comes to dissecting it. The lyrics say ‘take your breath away from me, you take your steps away from me” and ‘you leaked my tears, you let them bleed’ which could be about coming to terms with the sadness you feel when someone ‘leaves,’ maybe someone living, maybe the ghost of someone departed. Is it about social abandonment? The list goes on.”

There’s a beautiful simplicity about the music video for “Blue,” featuring a continuous shot of you above the shoulders performing in front of a beautiful background. How did you come up with the idea for the video?

“I wanted to capture something of my current homeland, New Zealand, since I suppose I have fallen for this land like the protagonist in the song, and you can’t really get much more ‘blue’ than that beautiful sea! I wanted the video to be intimate (hence the close-up) and natural to fit in with the tone of the song.”

Where was the video shot and how many takes did you do to film it? Was it a time-consuming shoot to get it just right?

“The video was shot by my collaborator and partner in Lexytron, Mike, at Lake Pukaki in the South Island of New Zealand. We shot the video in a few locations on a sixteen-day road trip we did in one of those funky Wicked Camper vans, which hysterically had ‘LSD’ plastered across the side of it! The intention was to film across the South Island and also across other beaches around the Auckland region and change the backdrops. However, when we watched the footage back, we decided that one single shot suited the song better. The video was done in one take!”

What can you tell us about your new album Something Blue? What does it capture about you as an artist and where you are right now with your musical career?

“I’ve been describing Something Blue as crossing genres and an alternative girl’s guide to love, loss, and lust. A song like ‘Blackmail’ has roaring riffs and is quite aggressive lyrically (‘I want to wear you down and send you blackmail’), but then ‘Blue’ is a softer and a more reflective rock radio ballad. Sonically, the album has everything from strings and choral arrangements through to synths and distortion. It’s still a pop record at its heart and the perfect length for a vinyl! In terms of what it captures about me, I suppose it is the sound of someone having fun and making music from the heart without the constraints of sticking to the ‘indie rock’ genre. That freedom comes from it being an indie release through my own label Persian Punk Records. It’s a first step and if there’s enough support, I’m committed to releasing a second record!”

You were born in Manchester, then moved to London, and now you have relocated to Auckland, New Zealand. What brought about such a drastic change of scenery for you?

“Relocating to New Zealand was one of those random opportunities in life that came up. Mike and I had heard nothing but great things from friends about it. I’d lived in Stockholm, Sweden, previously and had the most wonderful time exploring a different culture and climate! If anything, it is great for inspiration to be out of your comfort zone! In some ways, I don’t see Auckland as a drastic move, as I can speak the language and still do all the things that I love over here, including music. There’s definitely a scene here and some great artists. The scenery at times reminds me of the Peak District but it is much sunnier and more blue because of the sea! And you know how I feel about all things ‘Blue.” 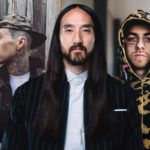 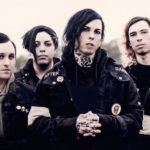 Dead Girls Academy Announce Their UK Return for May 2020