Hollywood Undead does not require an introduction. If you’re reading this and don’t know of these guys, well we politely direct you to their Wikipedia page where you’ll need to catch up on the last fifteen years of this massively successful and influential rap-rock group. What we will share, however, is that HU just released their massively anticipated sixth studio recording, New Empire, Vol. 1, on Valentine’s Day through Dove & Grenade Media and BMG. The album features nine new tracks full of that classic Hollywoood Undead energy, but with more of a hard rock edge than the sound with which they’ve thus far been associated. Even Kellin Quinn of Sleeping With Sirens and Good Charlotte’s Benji Madden get in on the action with some guest vocal appearances.

This said, what you may not know about the group is that they are also very heavily involved in their own marijuana-based side business by the name of Dove & Grenade Industries. They are so immersed in the cannabis culture that to really “grow” their business, they transitioned from California to Oklahoma to achieve more favourable legal conditions and freedom from restrictions. The guys now grow their own strains of marijuana and have surrounded themselves with a small staff of employees who assist not only with the business side of things, but who also specialize in cultivation and growing.

With so much more to discuss with the band than music, we, fortunately, found the time to speak with vocalists J-Dog and Johnny 3 Tears about their growing business, why they decided to set up shop in Oklahoma, and the most significant challenges they faced transitioning towards becoming mainstream growers.


Which is your most popular Dove & Grenade strain?

J-Dog & Johnny 3 Tears: “We don’t have any of our own strains. In order to get your own strains, you need to breed the cannabis, which is a complicated process that needs to be separate from your regular grow facility. Male pollen sacks can impregnate your whole room and get seeds, which is what breeders want. I’m not breeding, so I don’t want that, or phenom hunt from bag seeds. You pop seeds and grow a shit ton until you find good genetics. That process takes a while, and some genetics could be unstable and hermaphrodite and get pollen sacks, and then burst and fuck your whole room up. Some of the seeds could be crappy genetics and you waste a lot of time and money. All of this is something we’re going to tackle in the near future.”

Which is your personal favourite strain, a. to grow and b. to smoke?

“Jack Herer. It smells fruity and will grow on the side of the freeway. I don’t like to grow it because it’s easy, I like to grow it cause it’s just an amazing strain. Great Sativa to smoke. Great strain for beginners to start with. That or Gorilla Glue #4 is a great beginner strain to grow.”

Do you prefer hydroponics over soil growing and why?

“Hydro. I have grown in soil though. I prefer Hydro because that’s the way I learned. Very easy for me to control what I’m putting into my plants and gauge what’s going on. One day, I’d love to learn living soil and no till. You basically use the same soil over and over and send a sample to a lab at the end of your run to see what nutrients are deficient and what to add on the next run. It’s the least wasteful. Soil gives great flavour and taste as well. The idea of other plants in my soil and worms and shit in my room gives me anxiety. I like to run sterile, no microbes.” 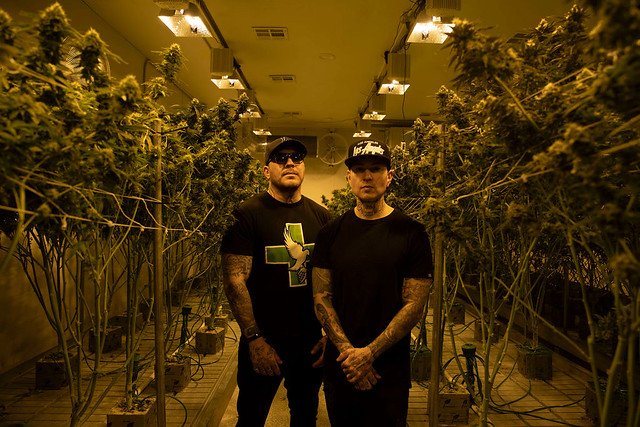 What made you decide to go for your commercial grower’s license, and what was the biggest hurdle you had to overcome along the way?

“Going for a commercial grow license in California was a giant waste of time and money. It’s so corrupt there and they make it almost impossible for the people who created this industry to stay in it. So many people tried to do everything right and got fucked. My heart goes out to the families that put everything into going legal and lost everything. The government doesn’t care though, a lot of corruption in California. The government created the black-market beast that they can’t seem to kill now.”

Why is Oklahoma City better for you than California? Is it strictly due to legal issues? Is the geographical location and soil quality in California not more desirable to a grower?

“As far as geography, Oklahoma is terrible for growers. The weather changes every day and sometimes several times in a day. Heat and humidity spike constantly. If your building isn’t completely sealed, it’s an issue. As far as outdoors, the wind is insane. I’ve seen some crazy videos of outdoor grows.

Legal issues made us go to OKC, and we have long time friends we teamed up with. Everybody gets a shot in Oklahoma. It’s more of a fair system, but even the taxes on the dispensary out there are fucked. We get taxed on what you gross, not what you net. The idea of that is insane. No other business in the world is like that. A lot of people are losing their shops and life savings. They thought it was a great opportunity, but the devil is in the details. It’s impossible to be in legal cannabis unless there’s a lot of money to invest.”

What made you decide on the name Dove & Grenade?

“It’s been our band’s symbol since we started. It just made sense to us. I wish I had some cool esoteric answer, but there isn’t one my friend.”


How many plants do you have in your grow space? And since going commercial, we’re guessing you likely
have more growing than you can manage yourself? Do you now employ staff? How many?

“It goes by canopy space, so there’s so many grow styles. Mine is nine plants per light. Top them in veg and super crop them in bloom. Bend and weave them bitches until your canopy is completely full. I just hit three pounds a light with no PGRs (plant growth regulators) or illegal substances. It’s strain-specific though, I grew Marshmallow OG from compound genetics which is a heavy hitter. Yes, we have employees, there are a lot now. Ten to 20? I don’t even know. I’m head of cultivation so I try not to focus on certain things like the dispensaries. You’ll go crazy if you try and control everything. I stay in my lane and am good at what I do. In Oklahoma, we have three employees for the grow side. That will be a lot more soon. We are opening our 300 light grow facility mid-summer 2020. It’s eleven thousand square feet.”

Do you ever find yourself worrying that because you’re not tending the babies themselves, they may not grow to their full potential? (i.e. handing over quality control to someone other than yourself)

“Happens every time I leave for tour. I like to be good at anything I dedicate myself to. Music, production, or growing plants. It’s been a constant struggle since I started growing. It’s so hard because nobody will care like you do. I do a lot of damage control when I get back from tour. That is starting to change now that we’re getting further ahead in the game and hire more professional people. I’ve almost quit a million times from losing harvests while on tour and coming back to a mountain of work and losing a ton of money. Growing isn’t for the faint of heart. I have too many stories to list here. I got a system now called Trol Master, which I can use to control most of my environment from my phone now. It sends me alerts if something is wrong as well. I wish I got it a long time ago. But it still can’t do everything for me.”

What was the biggest challenge you faced going from guerilla grower to mainstream farmer?

“All the regulations because you have people who’ve never grown a plant in their life telling you how to grow. An example is in Oklahoma they told us we need to have an intake and exhaust fan on 24/7 in the grow rooms. So you’re sucking out all the C02 you’re putting into the room. The inspector said, ‘you’re going to use the C02 from outside for your plants.’ The C02 outside is like 300-400 ppm in the atmosphere, in our rooms we add it to get to 1200-1500. With both fans on 24/7, you’ll never reach higher ppms. Not to mention all the weather changes in Oklahoma, you’ll be sucking all that shit into your room. That’s just one instance.”

Do you think all the struggles you’ve encountered along the way have paid off?

Do you use any specific plant training techniques (such as topping etc.), or do you simply let the plant grow?

Do you have any advice you’d like to share with fellow growers, who might be on the fence about the decision to go commercial or stay more on a smaller scale?

“Don’t go commercial. People make more money with multiple small grows then one big one. Grow in a garage or a house. Specifically going legal, you better have millions of dollars to invest cause the government will make more money than you and you have to be able to last for years before you make a dollar.”


Do you have any idea what the dollar amount is, that the decision to go commercial has cost you to date?

“Millions. A lot of it went to inspectors and people who didn’t deserve it, so everyone makes money before we do. Most heavily taxed industry in the world.”

With the ever-increasing popularity and demand for medicinal quality C.B.D. products, are there different and stricter guidelines in place that you have to follow growing this than the more recreational strains?

“CBD needs to be done on a massive industrial outdoor farming scale. Definitely not my lane. The price per pound is a lot lower so it doesn’t make sense to do indoors.”

Since you’ve now gone larger scale, one might imagine that the next move might be cannabis genetics. Have you thought about coming up with your own strain and seeds?

“Tissue Culture is the future. Growing plants from cells in goo or some shit. I’ve read a little bit about it. But the big guys are all doing it. I am definitely going to get into breeding. But building our brand, facilities, and still being very active with the band, my hands are full. I want to learn to do it myself, not pay someone to do it.”

“DE which is HPS, double-ended = DE. But our new facility will be LED from a company called Spectre. Plants require a certain amount of PPFD to thrive. That’s the amount of light they’re receiving. Now the tech is there for lights to do that with minimal heat. They produce better quality and trichomes as well.”

After harvesting, what is your procedure for drying and curing?

“Full plant, 60/60, meaning 60 percent humidity and temperature, seven to ten days. Drying and curing is so important and so overlooked. But it is hard to build a dedicated room for that for most people. I always leave space for a dry room even if it means less lights.” 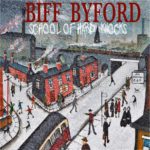 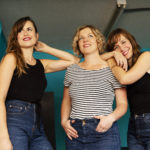