Cult of Luna was at The Opera House in Toronto on March 3rd as part of their North American tour along with supporting acts Emma Ruth Rundle and Intronaut.

Los Angeles’ progressive metallers Intronaut took to the stage first and, for a three-piece, they sure can make some noise! I’m not sure which one of the three members was on drums, but this night the band consisted of two guitarists and a drummer. The set was primarily illuminated with a wash of red strobe lights, and consisted of the following four songs; “Cubensis,” “Pangloss,” “The Cull,” and “Speaking Of Orbs.”

Kentucky’s Emma Ruth Rundle then took to the stage with her electric guitar. It did seem as though she has quite a following in Toronto since there were a lot of people cheering and interacting with her between songs. Personally, I couldn’t understand anything she was saying or singing! Emma’s setlist consisted of “Protection,” “Hand Of God,” “Living With The Black Dog,” “Shadows Of My Name,” “Marked For Death,” “Dark Horse,” and “Control.” 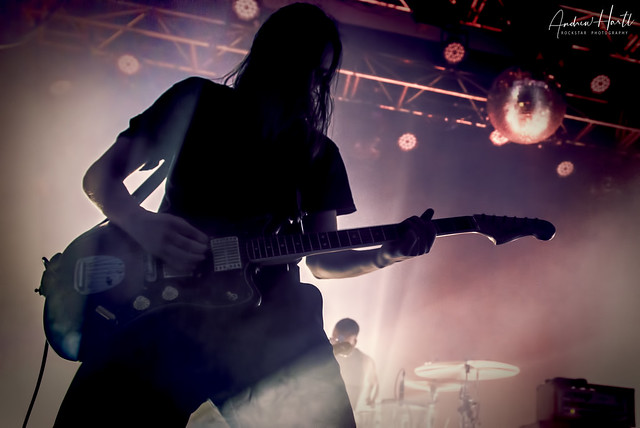 With a quick final stage set up, tonight’s headliners Swedish post-metalheads Cult of Luna entered to an excited crowd. When I noticed there were two drum kits, I also got really excited thinking this was finally going to be the set of the night to get some great pictures… and then the music started, and the strobes blasted nuclear explosion-strength shock waves of blinding light from behind each drum kit. With the absence of any other form of light, you just weren’t able to see anything of the band except their silhouettes.

After waiting several minutes for any lights to come on, my colleague photographer and I kind of glanced at each other, both simultaneously thinking “WTF?” and put our cameras down for the night. It gets frustrating, as a photographer when we’re supposed to help promote a band’s tour by photographing them during a live performance, yet they give us nothing with which to work.

That siad, there were a lot of people in the audience by this time, and it seemed as though everyone was having a great time, and getting into the music. 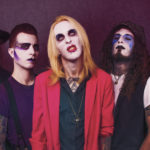 Those “Sultans of Sin”, Superhorror, are Back from the Afterlife with a New Video [World Exclusive] 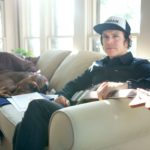