You read the headline correctly. Bensonhurst Brooklyn, New York band Midnight Foolishness are turning the calendar back to “2017” with help from their new music video. This is the second clip off of the group’s debut album Use Your Head Not Your Hands. Better late than never, the video has been long-awaited with Use Your Head Not Your Hands released all the way back in 2016. (You can hear that album now via Bandcamp, or Spotify.)

Commenting on the song, the band said, “The song is about all of your friends doing other things in Life, But what they don’t have is a fun special girl. She is trouble at the same time.“ There’s a good chance you know what they’re talking about! The origins of Use Your Head Not Your Hands actually date back to an ex-girlfriend of lead singer Robert Corbino who was an alcoholic which caused her to be chronically angry and, at times, violent. She ultimately chooses alcoholism over a stable relationship and on their final anniversary, Corbino spray paints their initials in front of her house, which is what you see on the album cover. The album as a whole is about finding love and that special someone, but it ends up resulting in failure due to the female’s personal problems.

Midnight Foolishness has been together for several years now, initially making a splash in the local underground punk scene through attracting fans mostly due to their late ’90s, early 2000’s combination of pop-punk and hard alternative rock. Their debut EP The Sinners was released in 2014 which got them touring for an entire year before they took on the challenge of writing and recording their debut LP Use Your Head, Not Your Hands. 2020 is looking to be an important year for Midnight Foolishness as they amp up their touring schedule, with plans to release a sophomore album which is well on its way to being completed.

To find out some more about Midnight Foolishness and to gain an inner look at the shooting of “2017“ and their new album on the way, we spoke with lead singer Robert Corbino and got all the details.

Take yourself back to your spraypainting days with the cover art for Use Your Head Not Your Hands: 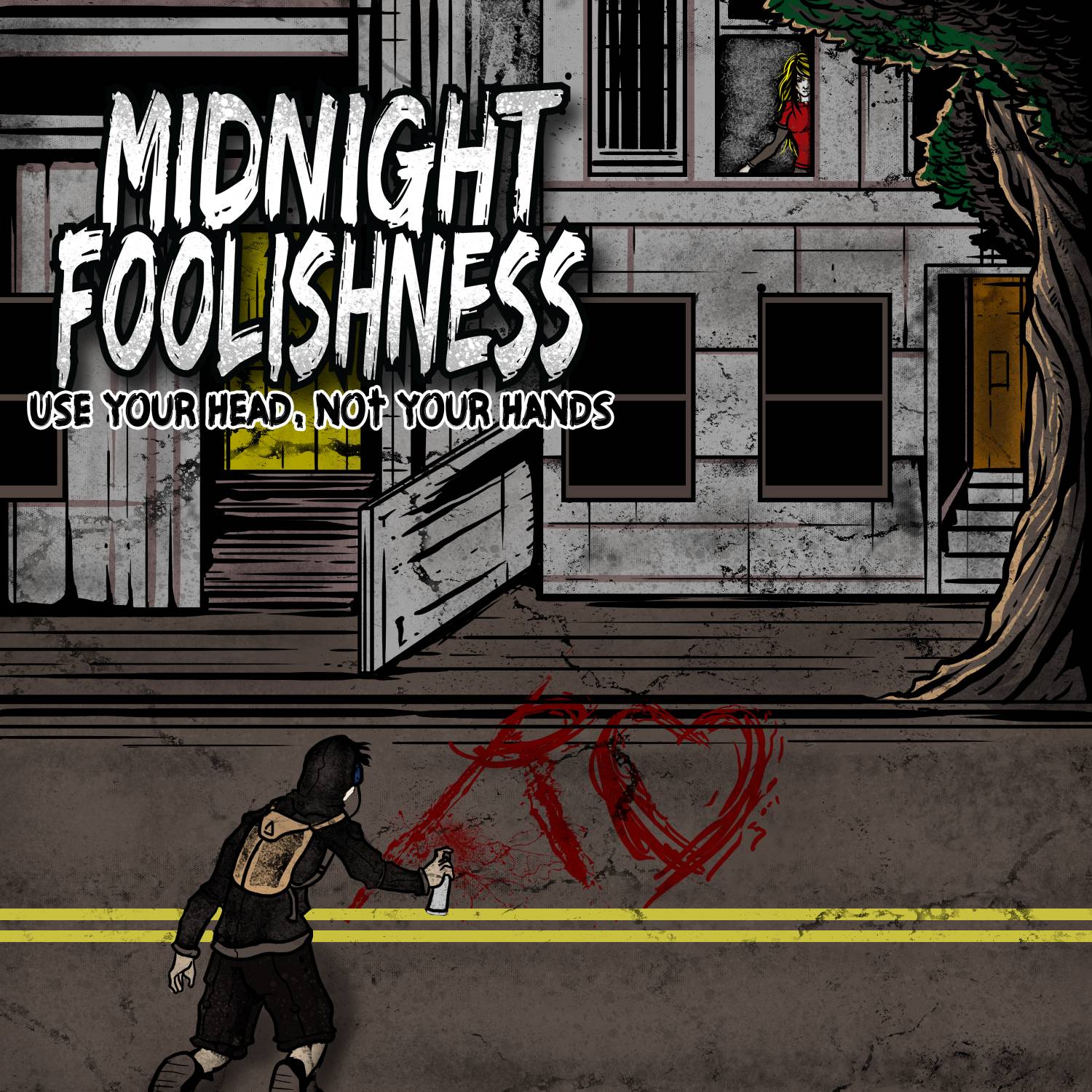 First off, I really enjoyed the new music video. It’s fast-moving, upbeat and you can just feel that party atmosphere emanating from it. What was the video shooting process like? How long did the shoot last?

Robert Corbino: The music video process was very hard. We flew the whole band to Miami. We rented and borrowed a lot of gear, destroyed an 8,000 dollar bass and a 600 dollar guitar! The video took about a day to shoot.

It looks like a pretty rad shooting location, a place where you could have a lot of fun partying until the wee hours of the morning. Where did you shoot the video and how did you decide on this location?

Corbino: We shot the video in a mansion we rented in Miami. We chose Miami because of friends suggesting we do it really! The director we wanted to work with, Andrew was also out in Florida as well! We wanted a summer party video, that was the idea and theme!

Ok so the question must be asked. Where did you get the girls from who appear in the video?

Corbino: All the girls in the video are legit fans and friends of Midnight Foolishness. We did not pay any extras or hire anyone! The band has been fortunate to play Florida a bunch and make friends over the years!

“Are You Ready?“ We thought so, again… Check out this recently-released music video from Use Your Head Not Your Hands:

Your second album is soon on the way and will be out later this year. What can you tell us about this album and when can we expect to see it?

Corbino: The next album will be heavier, Joseph Arrington the drummer for Royal Coda, A lot Like Birds, and Sianvar played drums on the record. We have also had a member of Emmure donate some material as well. Expect a darker heavier album to come. More guests as well to come!

Midnight Foolishness, of course, features members of Candiria, a band that has been around forever now and is very well-known and well-respected. It’s no secret that Candiria tends to take extended breaks in between albums. Is that part of the reason why you decided to form Midnight Foolishness?

Corbino: Yeah, Julio and Rob are the blood of this band. They need to be playing music at all times. They constantly rehearse. The whole band is really filled with great musicians. When you see us live, you know we are the real deal. We take The Candiria name very seriously and intend to honour it forever. The average musician can not play Candiria music. We were both told how rare it is to find someone who can actually play it. Midnight Foolishness is full-time, we plan on taking no breaks and only plan to grow from here on. The next album will also speak for itself. 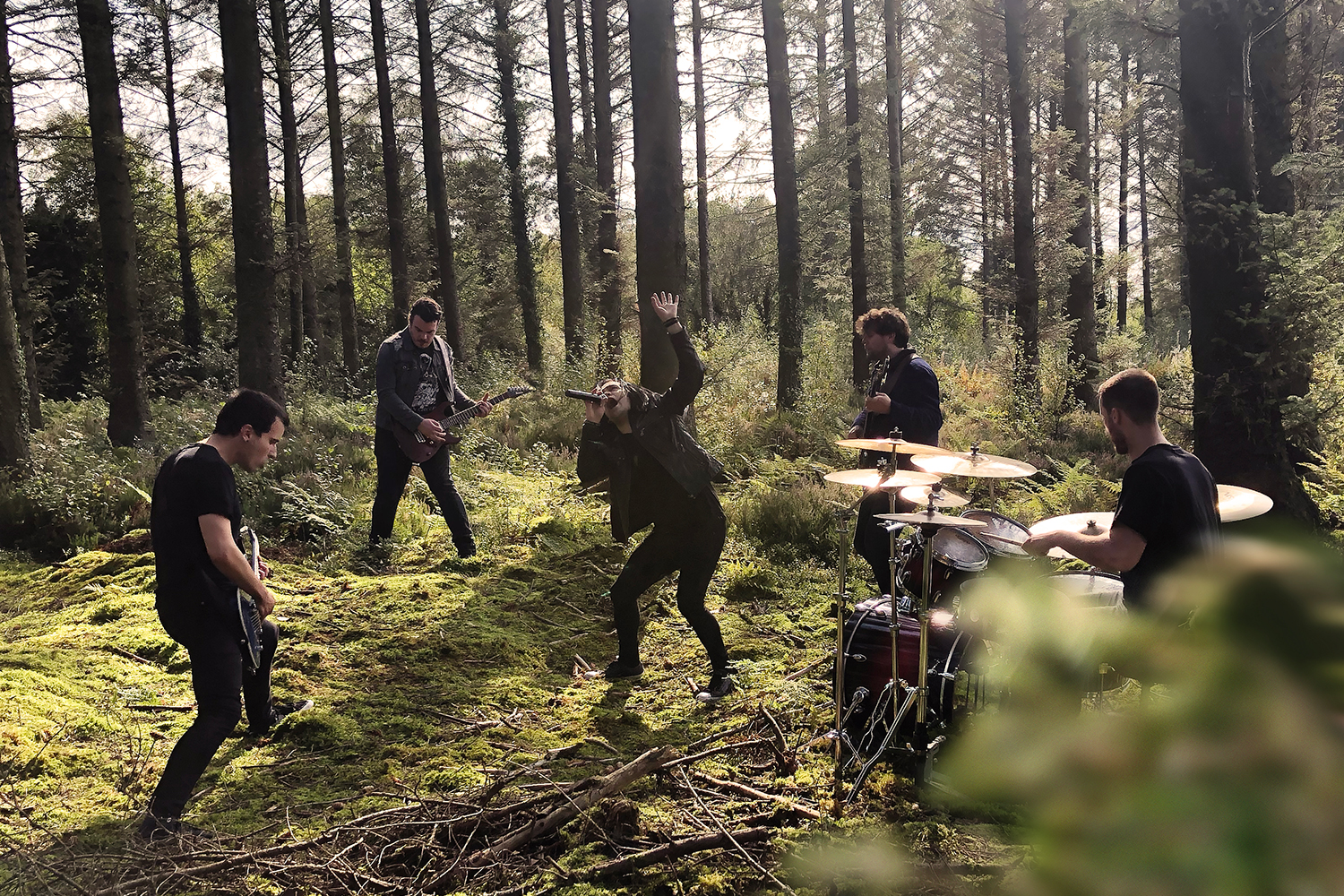 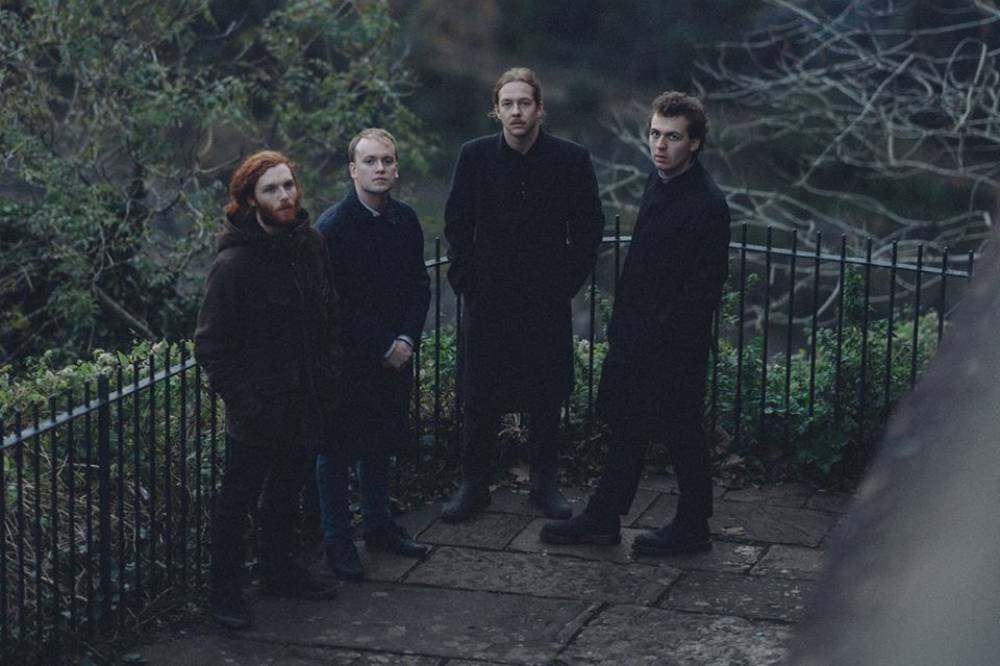