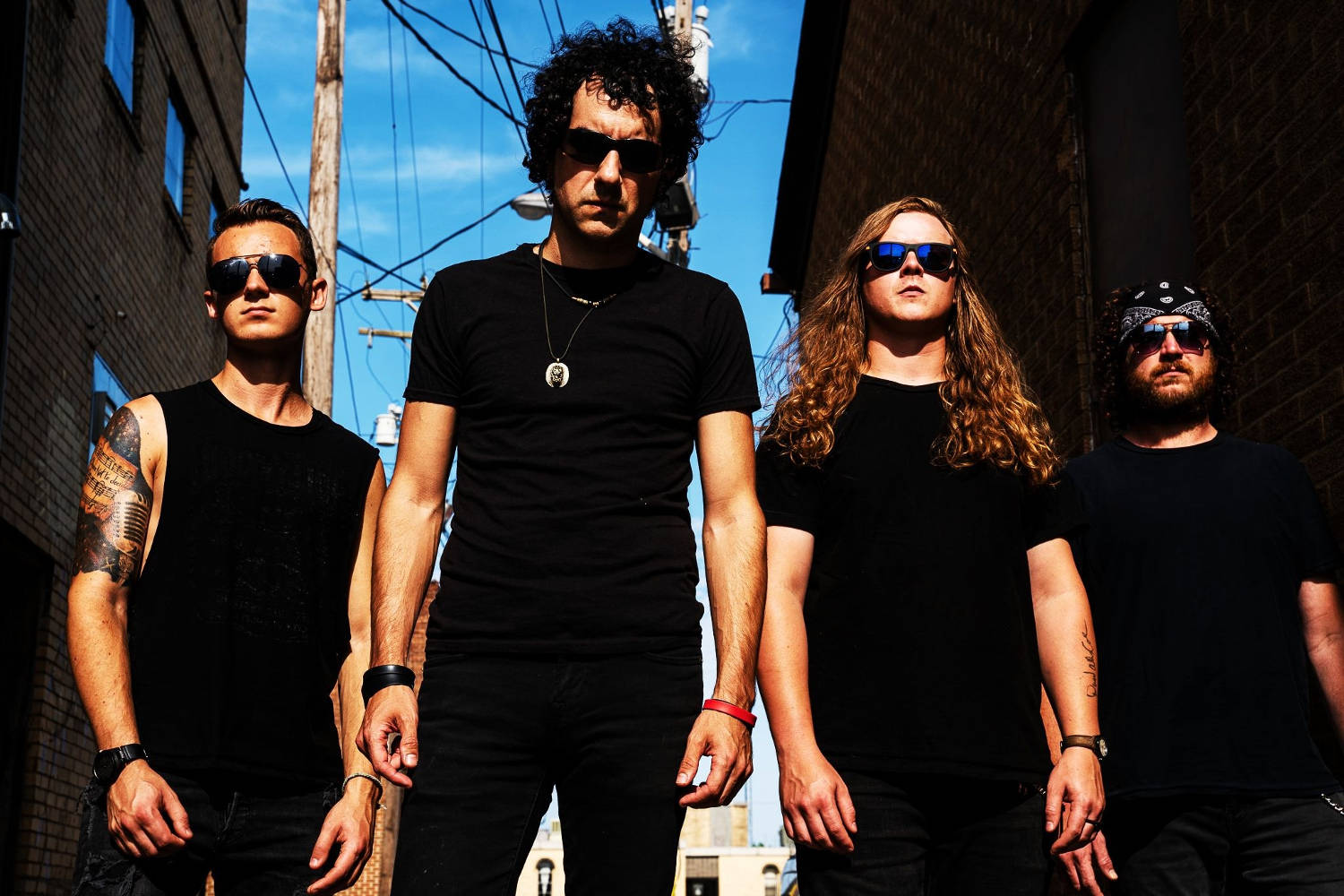 There’s a “Wanted Man” out there, but not to worry, The Hawkeyes are on the prowl high from the sky with their brand new video. This is the newly released single from the Pittsburgh, PA band’s new album Ever For After which dropped this past November on Misra Records. You can purchase or stream the album now, via the group’s official shop, Apple Music, and Spotify.

The follow-up single to the lead release “John Q,” it’s an upbeat rocker complete with an infectious riff that will get you bouncing in a club. Upbeat rockers are essentially what defines The Hawkeyes as a musical collective, a group that is intent on making lots of noise. They are relentless in their pursuit of the perfect rock riff or atmosphere and they play more like a powerhouse with no reservations. It’s all about getting that head bopping, with that fist pumping high above you. The big stage persona and intensity is somewhat typical of the band’s origins, growing up in the Rust Belt in a city best known for its production of steel.

The Hawkeyes have found their “Wanted Man” with their brand new lyric video:

Bursting onto the Pittsburgh scene in late 2015 with a self-released single, the band took a high motivation approach to their early days, releasing their debut full-length album One Plug In the Wall within the first six months of their formation. Added into that small time frame was a complete tour of the East Coast and The Hawkeyes were well on their way to establishing a fan base thanks to their emphatic live presence which just drips of passion and unforgettable riffs. Although it has only been out for about six weeks, Ever For After has already made an impression, one that has carried over into The Hawkeyes securing opening gigs for Hanson and their brother Mac Hanson’s band, Joshua & The Holy Rollers, the first time all four Hanson brothers will be touring together. Not too shabby to say the least.

Commenting on the new single “Wanted Man” and the new album Ever For After, lead singer and guitarist Jay Wiley stated, “We made a full-length album to make a clear statement that we’re an honest and inspirational music entity and we felt that making a full-length was a solid foundation for that mindset. With the song ’Wanted Man’ we’re able to articulate some elements of eeriness and mystery that one might be intrigued by and we personify this around an opaque character sketch, hinting at certain clues of a thing done wrong. Musically we really dig the contrast of the intro coming in all subdued and such with the very next section then enters the scene hits the listener like a freight train rolling too fast down the rails it’s riding on.”

Also from the new album Ever For After, check out the music video for “Stone’s Throw Away”:

Speaking on the band’s connection with their live audience, Wiley went on to say, “I feel that we are believable to listeners and live audiences. I really enjoy that when we go out and perform we really really pour our combined heart and soul into the performance with an intensity that could blow back an apocalyptic firestorm, at least that’s what I’m trying to do every time I’m performing (laughs). I can really feel the energy from the others in the group trying to match that intensity, it’s a subconscious feeling, a bit hard to explain other than you really know it’s there. We’re eternally grateful for this gift we’ve been granted in being a solid, fun, and entertaining rock group. I’m really proud of us in having this great album with great songs and I want people to not just hear and see in a live setting but to feel it as well. That subconscious connection, the emotional appeal of a music artist is, to me, what makes them believable and what makes audiences and listeners to keep coming back for more out of sheer admiration and/or curiosity.”

With a new album now out, a huge tour about to begin and a lot of motivation to boot, there’s a lot of fire and passion to look forward to in 2020 from The Hawkeyes. You can bet your bottom dollar on it.

Take a look at the artwork for Ever For After here: 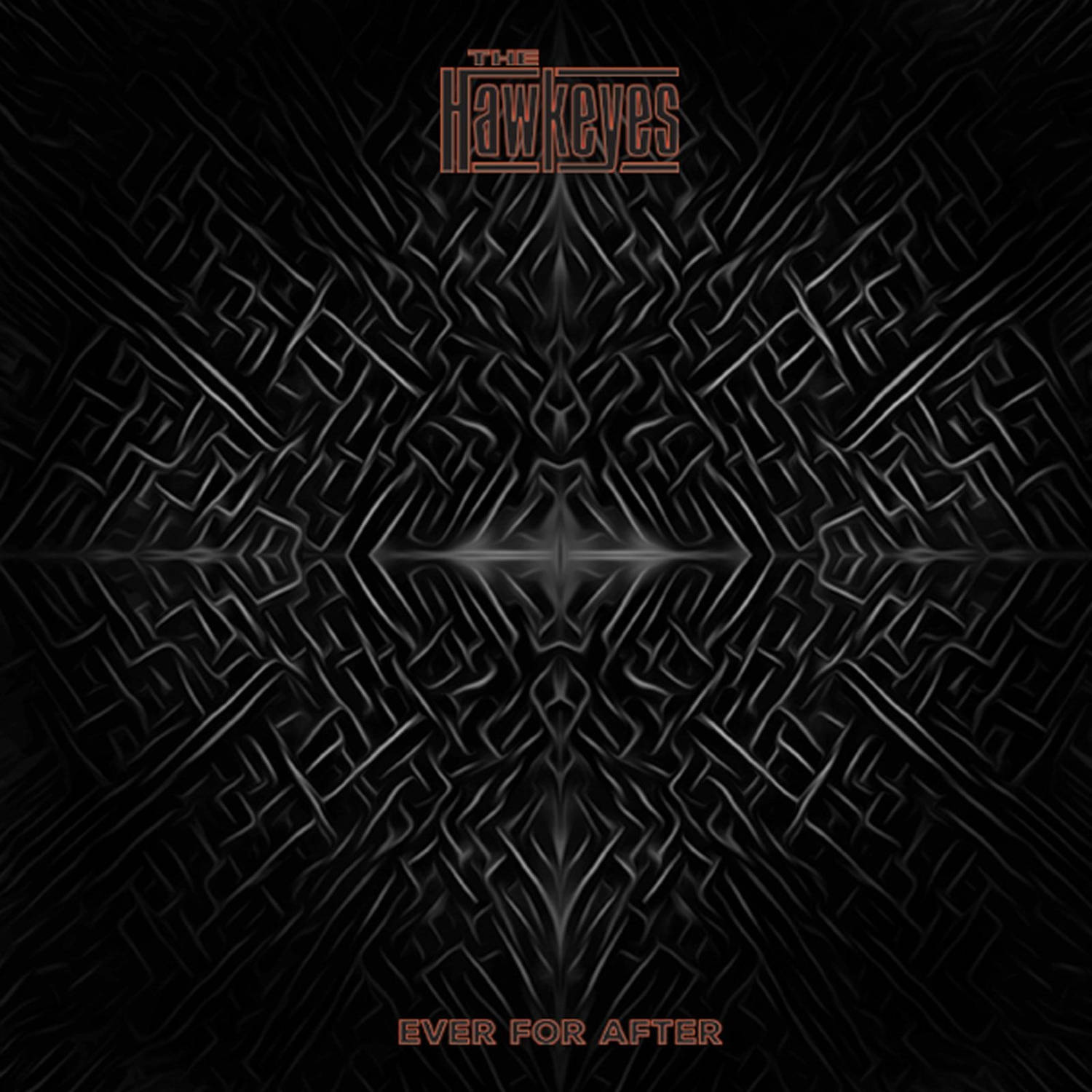