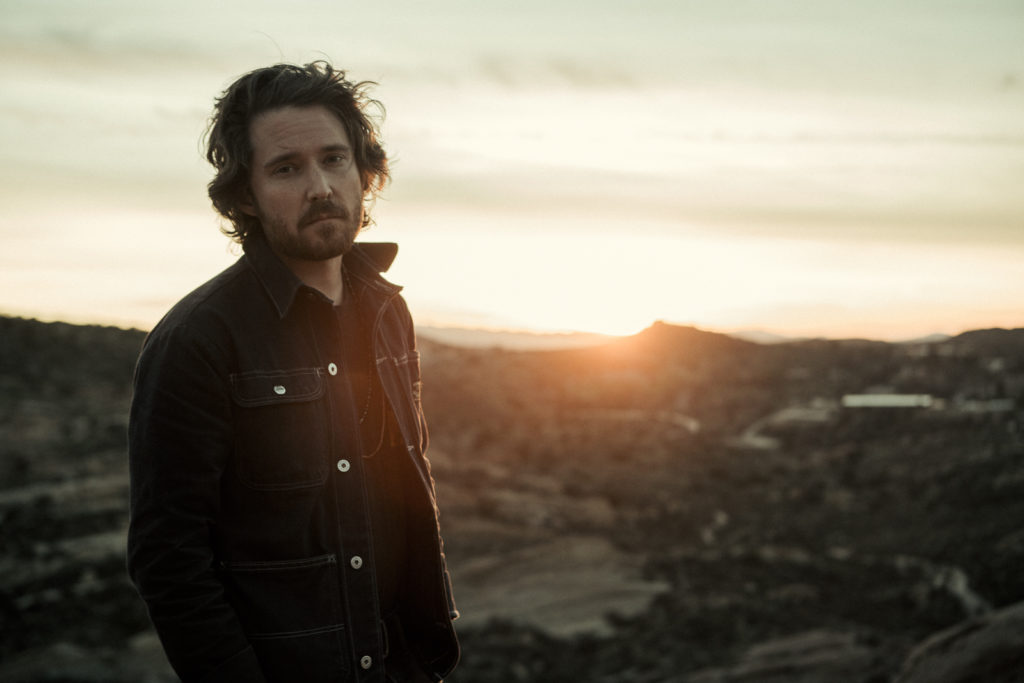 When it came to recording his brand new album, you could say that Christopher Paul Stelling had the “best of luck.” Due out February 7th via ANTI- Records, Best of Luck is the new studio record from the talented North Carolina-based singer-songwriter and accomplished guitarist. This is Stelling’s fifth studio effort, the follow-up to 2017’s Itinerant Arias, and perhaps his finest moment yet. The album jumps across many genres, never firmly comfortable remaining pigeonholed into one small musical box. It can be described best as soulful folk music, bringing you the best that both of those worlds have to offer.

Despite decisively being Stelling’s record, it may not have turned into the package it was meant to be if it weren’t for the assistance of best-selling artist and Grammy-award winning Ben Harper. Harper and Stelling began to form a relationship a few years back when Harper invited him to be the opening act on a series of live dates. It was the break Stelling needed to show his stuff to a wider audience after spending countless months on the road, playing to his own crowds. Suddenly, Stelling was exposed to audiences of a couple of thousand which in turn fuelled his motivation and creativity. Harper initially recognized Stelling for his highly original finger-picking style, not to mention soulful vocal delivery, and eventually asked Stelling if he would be interested in making a record together. The decision to work in tandem with Harper was a no-brainer.

It’s been a long road travelled for CPS, both literally and figuratively, with stops along the way in Colorado, Boston, Seattle, New York and eventually North Carolina, where he now resides. Add in all the touring and there are tens of thousands of miles that have helped mould Stelling into the musician that he is today. We recently caught up with this talented and interesting individual to chat about the ins and outs of his new record Best of Luck, his writing style, working with his mentor and friend Harper, and anything else we could fit in.

Your new album Best of Luck is due on February 7th and marks roughly three years since the release of Itinerant Arias (May 5, 2017). Much of that time you spent on the road; How long has this record been in the works?

Christopher Paul Stelling: “It’s difficult to believe that it’s been 3 years. Ben Harper reached out to me on New Years Day 2018, and I spent that year between tours immersed in the writing process. I was able to tour with artists that kept me inspired like Lonnie Holley, and Son Little, and I got to open for Mavis Staples. It was great to be able to have a mentor like Ben Harper to share my demos and new songs with.”

As an artist, do you tend to write more sporadically over time, in short bursts, when the artistic bug bites, in an isolated space free from distraction? We’d love some insight into your creative process.

“All of the above. I’m always writing and keeping notes every day. I try to push myself into new areas of my instrument. The most exciting part for me is when I get time to gather all of my notes and demos and see what I have. This time around after I had a good amount of songs I had to time to write even more and keep pushing until the recording sessions.”

Do you have a favourite guitar and, if so, does it have a personality of its own? What is the connection like between you and the instrument?

“I played the same guitar for over a decade, it’s worn and broken in. In recent years though I’ve started to rely on a couple of other guitars and piano. Every instrument definitely has a personality of its own. It’s all about making time to explore and wonder…”

This record, your fifth, was produced by Ben Harper. While you’ve known him for some time, it marks the first time you worked with a producer. How did you find the recording process? Did Harper bring things to the table that changed your view of how to capture music?

“Absolutely. Ben has made and produced such a variety of records. He was really great at encouraging me to keep writing and pushing myself. I spent a year writing and demoing before we got into the studio and once we got there we had a lot of material to choose from. The process for us in the studio was a great mix of spontaneity and calculated arrangement. We brought some fantastic players and it flowed.”

What was the single most important or profound thing that you took away from your time working with Ben Harper on this album?

What is your favourite Ben Harper track of all time, and why?

“‘God Fearing Man’ and ‘I Ride At Dawn.’ They’re both such brooding and mysterious tracks with compelling lyrics.”

You recorded Best of Luck with drummer Jimmy Paxson (Stevie Nicks, Dixie Chicks) and upright bass player Mike Valerio (Randy Newman, LA Philharmonic). How was the trio’s chemistry? What did they bring to the record and/or coax out of you as a songwriter?

“Though the songs were written before the sessions began, it was so satisfying to hear them add and elevate the songs. They both (and Ben) brought their decades of experience and encyclopedic musicality to the sessions. Often after their first pass on the track, we would just sit back in awe.”

Of the album’s title, Best Of Luck, you’ve said that “it can either be a blessing or a dismissal” and that was at the time reflective of yourself, “…career as an artist, as a friend and as a person.” May you elaborate on that time in your life, and what emotions were imprinted on the music?

“I love phrases with multiple meanings. I feel like this album is my best yet, so ‘Best of Luck’ played off the ‘best of’ theme, and the ‘luck’ part was how I’m just lucky to be here making music as my life. For me this is the best of a guy who’s been really lucky to find his place in the musical world. That being said it wasn’t easy, I had to confront things about myself and my process that I hadn’t been able to up until now. I feel a sense of encouragement both towards myself and those around me. There are moments of doubt on the album, who could there not be, but bookended by hope.”

Was there anything profoundly different about how the music for Best of Luck came to be?

“I was finally able to have the time to be available to the process in a deeper way than before, I was able to go through multiple phases of the writing and refining process. It was also great to have access to a producer who could provide me with immediate and encouraging feedback without being too invasive. He encouraged me to keep digging deeper.”

This album’s press material speaks a lot of awareness, trust, and healing. Moreover that “throughout the record, discontent and self-doubt are transformed into messages of resilience and hope.” Do you find catharsis in all of your artistic work? Was this record especially purging or transformational for you?

“Sometimes even the darker material (especially) is cathartic. I wouldn’t have been able to make this record without the one that came before it, and so on all the way back the line. I was ready for this one. It’s been a long road and I’m still in awe of the process.”

“I’m thrilled. My team and I have a massive tour we are starting to announce. Once the record is done it’s time to see how it sits with audiences. Luckily I’ve been on tour with my friend Son Little this month working up the new songs and they’re finding a really good place in my set. Looking at hundreds of shows on the horizon is intimidating, but I’ll take it on one show at a time. I’m really looking forward to returning to cities I’ve been playing in for close to a decade now with these new songs in hand. Making this new record I feel like I’ve found a thread, and I’m looking forward to not just touring but continuing to write and record. Thanks for asking!”