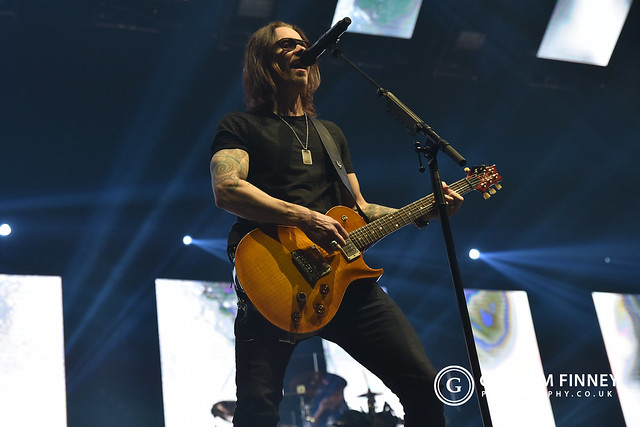 Over the past few years one name has been bandied about as a future headliner for the big rock festivals (ahem, Download Festival) and that is the name of Florida hard rockers Alter Bridge who are currently pounding their way around the UK arena circuit on the Walk The Sky tour with Shinedown and The Raven Age in support.

You have to feel sorry for The Raven Age who are a late addition to the bill in place of US rock band Sevendust (the latter pulling out due to illness). However, despite only playing to a quarter full arena, the UK band look like they’re grabbing this opportunity with both hands. Battling through early sound demons that rendered vocalist Matt James voice barely audible, The Raven Age made enough noise to wake up the early arrivers with their gritty modern rock.

Here’s The Raven Age with “The Face That Launched A Thousand Ships”:

Whether this was your first time or your twenty-first time seeing special guests for the tour, Shinedown, it doesn’t take long before you realise how much at home Brent Smith and his bandmates are playing arenas the size of this one. So much at home that, early on in the set, Smith took off into the crowd to join them for a few verses. From the back of the arena it would have been a spectacle to see, from down in the pit, Smith was clearly having the time of his life. A showman as much as he is a rockstar, Smith has the place bouncing as the band plunder their impressive armoury for tracks like “Sound Of Madness” while their obligatory cover of Oasis’ hit “Don’t Look Back In Anger” fills the room and leaves you in no doubt that this band could easily be headlining venues of this size.

Shinedown didn’t need to try hard to get the Manchester crowd to “Get Up”:

By the time Myles Kennedy and Alter Bridge stride out onto the stage, you just know you’re going to be in for a massive rock show and that’s exactly what they gave the Manchester faithful. Dwarfed by massive banks for video screens, Alter Bridge live, as they are on record, are a slick, polished affair. Having said that, given the polished nature of their arena-friendly sound, there is still an air of grittiness about the band and part of that is the sight of guitarist Mark Tremonti, foot on monitor, grimacing and headbanging along to every note he’s wringing out of his guitar.

Alter Bridge rocked hard in Manchester with tracks like “Take The Crown”:

In frontman Kennedy, Alter Bridge have a man who was always destined to headline arenas such as this one. His vocals on a powerful “In Loving Memory” are illuminated by a sea of mobile phone lights and when his partner Tremonti cranks up the riffs for tracks like “Rise Today”, “Godspeed” and “Addicted to Pain”, Kennedy matches him with a flawless display. When people bemoan the lack of big rock bands to lead the pack when the big-hitters call it a day, just point them in the direction of Alter Bridge please. They’ve got a guitarist who can rock harder than most, a superstar vocalist, a stack of arena-ready modern rock anthems and the kind of slick live show that is right at home in packed out venues like this one.

Alter Bridge’s sixth album, Walk The Sky, is out now via Napalm Records. Pick up your copy here. 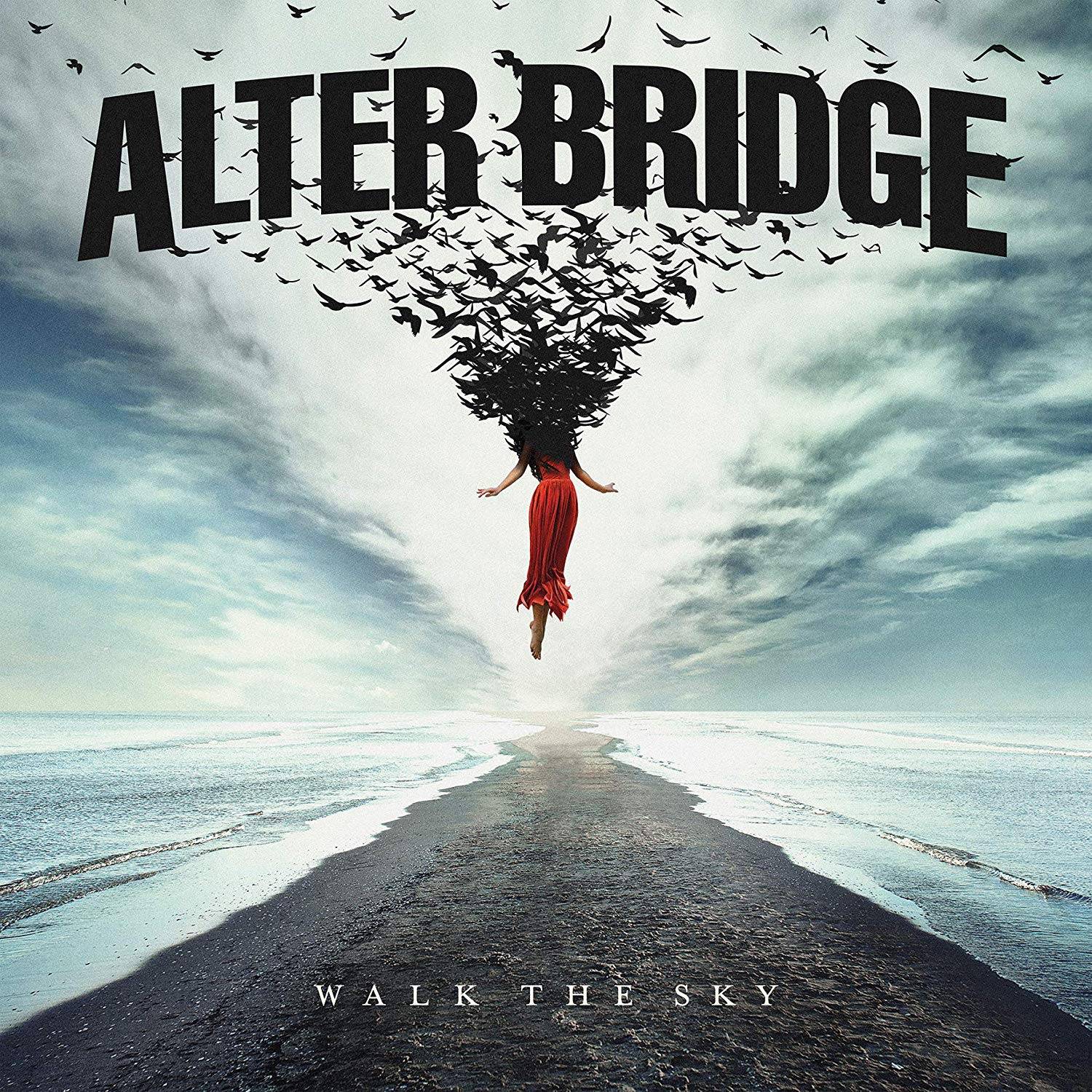 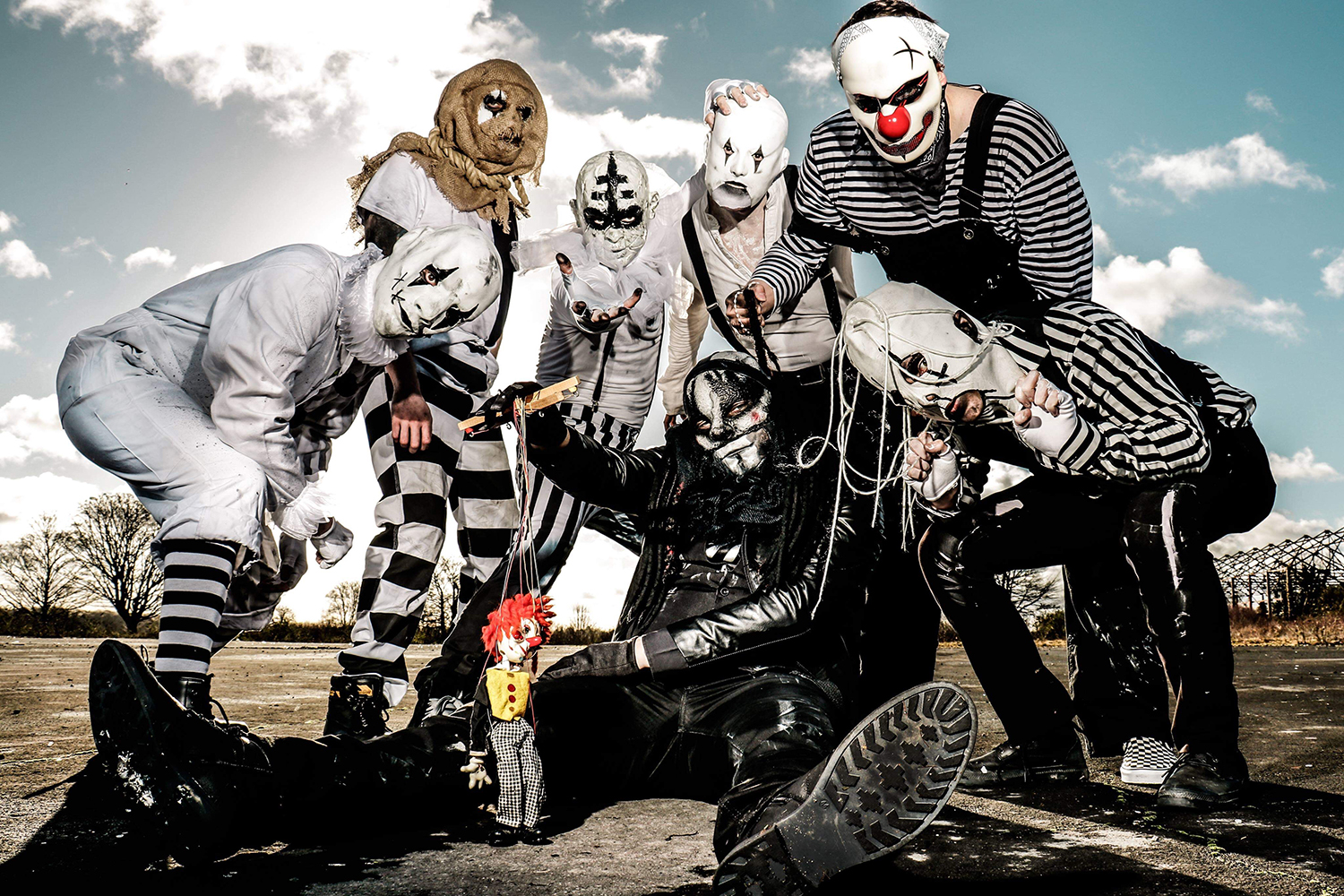 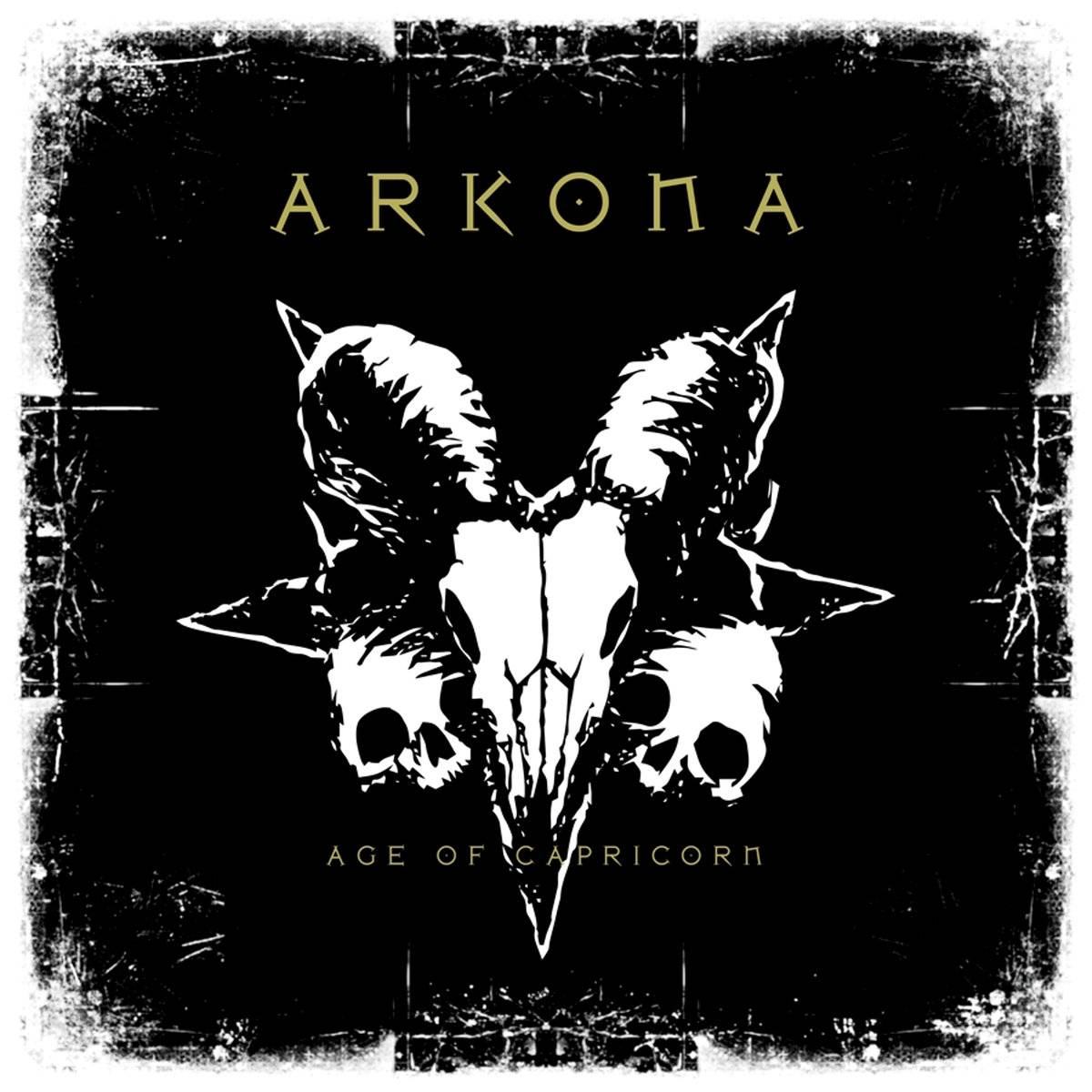