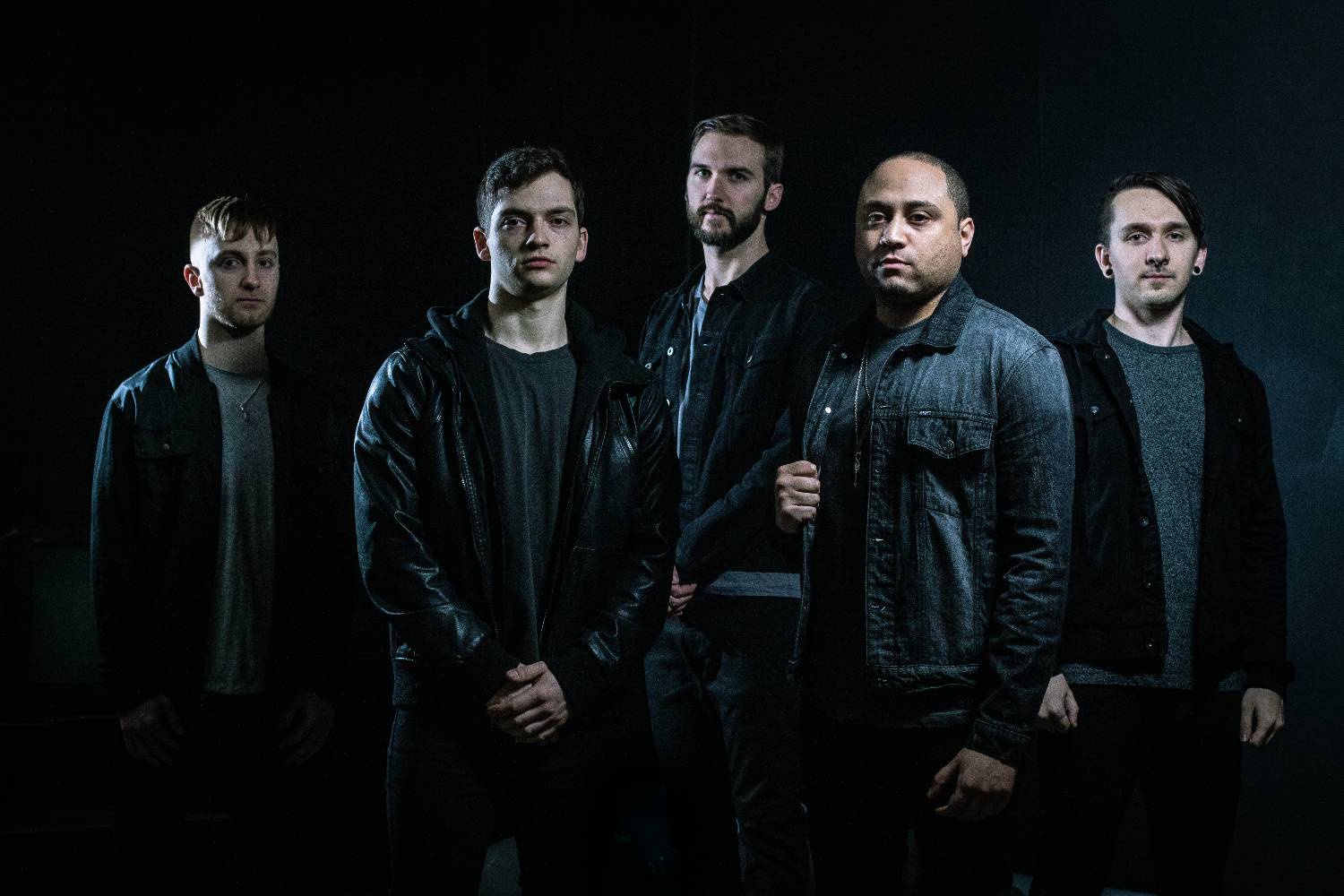 Rochester, New York quintet Destroy//Create are due to shortly release their brand new single, and accompanying music video, “Let Go,” but we just so happen to have the exclusive premiere for you today! The song and video make for part two of the band’s two-part song/video series regarding mental health and addiction. It acts as the follow up to “Hang On” with both songs produced by Justin Deblieck, the highly-influential guitarist of fellow metalcore act Ice Nine Kills. If you have a believer in Deblieck, then you know you have a group that’s set to break through in a big way with Destroy//Create.

Directed by the well-regarded Josiahx (Ice Nine Kills, Sirens and Sailors, Like Moths To Flames), the captivating new music video shows the aftermath of the story that began in the video for “Hang On” where two people in an intimate relationship are shown to be in the depths of their struggles with depression, anxiety, and trauma that they have suffered earlier in life. In “Let Go,” one party is doing their best to pull themselves back up by using art as a form of self-expression and creativity, while the other falls further and further into their depression and turns to drugs and alcohol as their only escape. The scenes are intermixed with clips of Destroy//Create passionately performing the song.

The release of this double single is perhaps the high point in a still-evolving career for Destroy//Create. The band was formed in 2016 by lead singer Adrian Blackwell, guitarist Jimmy Gardner and drummer Jeff Cole before Mike McCann was added on bass shortly after. Second guitarist Dylan Borrelli was the final piece of the puzzle after the band found they needed another layer of guitar on-stage, not to mention the fact that Borrelli was providing some added creativity in the songwriting process.

To accompany our premiere of “Let Go” today, we nabbed some time with bassist Mike McCann for a special gear-related interview in which he discusses his favourite piece of gear, the Darkglass B7K Overdrive Pedal, and what he loves most about it.

Mike McCann: “My favorite piece of gear is my Darkglass B7K Overdrive Pedal. It was what we used for the EP and what I recommend to any bassist looking to play metalcore.”

McCann: “I am very much a minimalist when it comes to gear. If it is not absolutely essential then I cannot rationalize having it in my rig. I love this pedal because of the versatility it has so I do not really need a large bass head to get the tone I would like to have.”

Peep our exclusive shots of both Mike, and his rad gear: 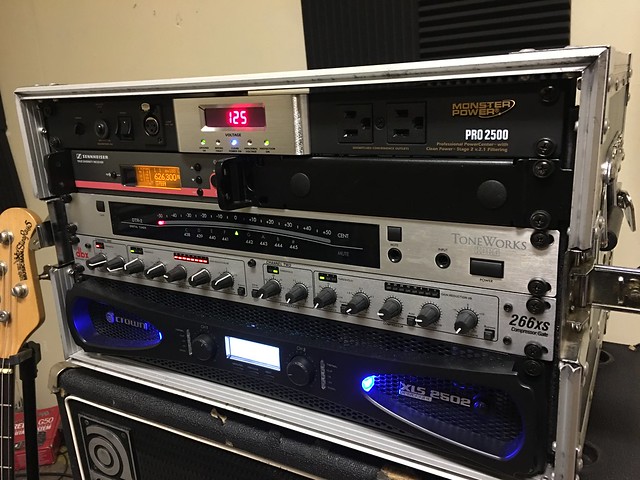 McCann: “I have used the B7K for about 2 years now. I use it as the main driver of my tone and it pairs great with my Stingray 5 bass. I always look for the distortion to be very dominant when I am playing but to not take away from the overall tone. I have found that the B7K has been able to blend everything very nicely. I do not see myself changing anything soon; however, Darkglass has recently released the Alpha Omega Ultra which I have had friends of mine use and they say it is a game changer. If I were to change anything, then that would be the first thing I would try out.”

McCann: “Luckily, I have not had too many technical difficulties with Destroy//Create, since I have used mostly the same reliable gear since we started performing. I once busted a nut (for lack of a better term) during an intro in a previous band I was in. For years I would play knock off instruments because I was a high schooler who spent all his money on Taco Bell. This particular night I was I was rocking a knock off jazz bass that I got from a guy off Craigslist a few hours before the show. Well during our intro, I hit the E String and the nut explodes like a firecracker. I had to run out of the venue to my car to grab my spare bass. Usually I would have my spare in the venue but I did not bring it this time because “it’s a brand new bass. No way will anything go wrong.” Now I just take good care of my Musicman so I do not really worry about that stuff anymore.”

Check out the artwork for “Hang On,” the precursor to “Let Go:” 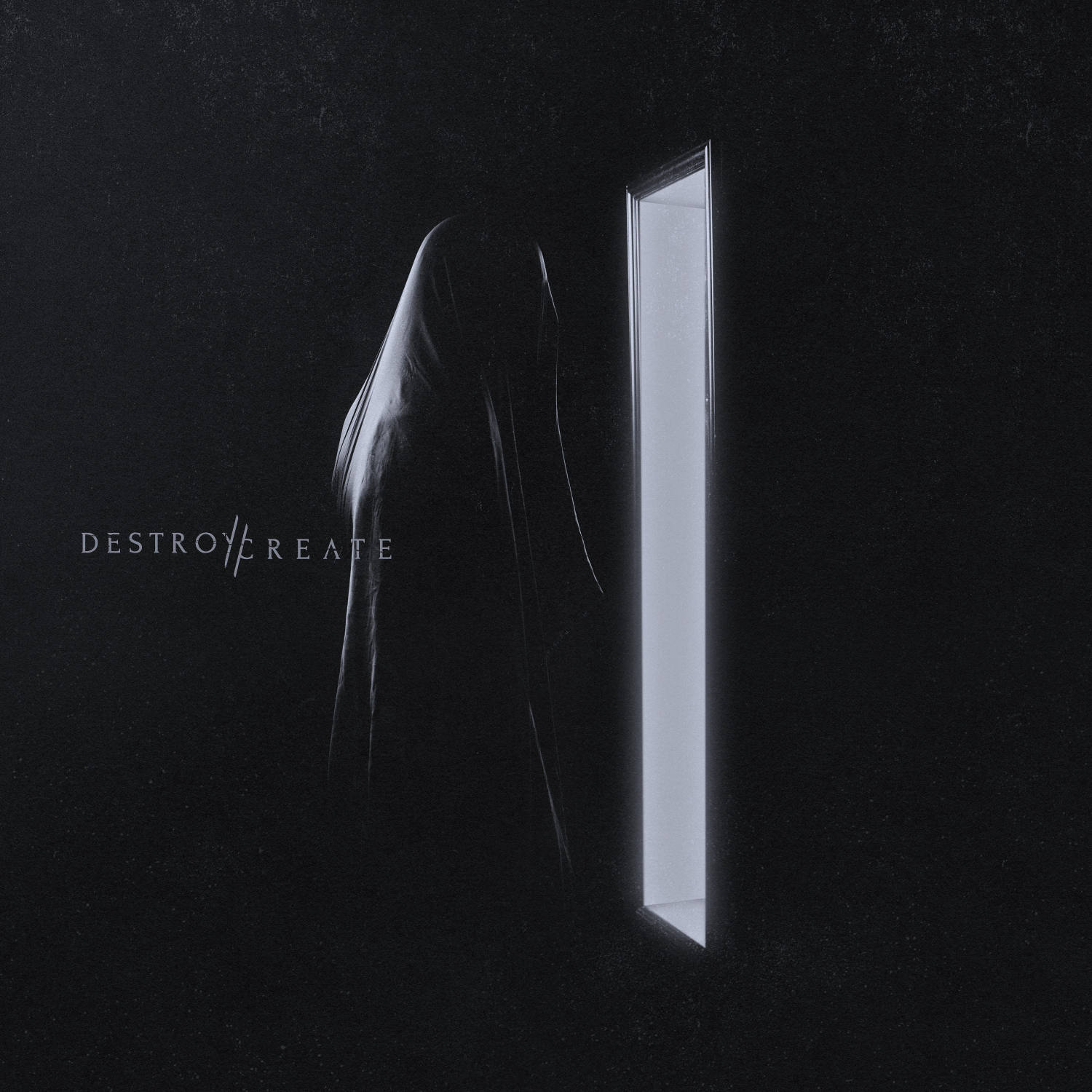 McCann: “All of my gear need to be able to be reliable in order for me to use it. I am already a super paranoid person so to be able to just plug in, press the on button, and be ready to go has done wonders for getting into the right mindset to perform.”

McCann: “I bought my B7k from my friend Cody Weissinger. It was not really what he was looking for but knew I had been looking for one for a while. Since these pedals are made by hand, I had been on backorder a few times. He gave me a great deal and I have been happy ever since. Check out his band The Funeral Portrait. They get better with every release!”