If you’re an observer of rowdy Western Canadian rock, then you’re almost certain to have been well-acquainted with The Vicious Cycles. Beginning back in 2007, the group quickly became a mainstay in that western scene as a result of their motorcycle-themed rock n’ roll that has translated perfectly into a wild live show. The band finally released their third full-length record Motorcycho via Pirate Press Records (purchase via Bandcamp) this past June, a recording that remains true to the 1970s punk and garage rock anthems that inspired these very musicians. Riding bikes isn’t just some sort of pastime for these dudes either. It’s a whole lifestyle which they both live by and have remained true to for decades now. If you could get high off of motorbike exhaust then these guys would be as high as a kite all day, every day.

Produced alongside Jesse Gander (White Lung, Japandroids), Motorcycho is layered with gritty rock tunes that pushes forward the sound you’ve come to expect from their three 7″ releases, and two previous full-lengths. We mentioned earlier about The Vicious Cycles’ wild live show, and we’re not just throwing the word “wild” around lightly. Their performances are high-energy, loud and at times, may catch you by surprise. In other words, you just have to expect the unexpectedness at a Vicious Cycles show, which has helped make the band such a distinct attraction in an often watered down music scene. You’re not necessarily going to get hurt at a Vicious Cycles show. But you just may have a blast and wish that you could relive the evening right then and there.

As frequently touring musicians, the members of The Vicious Cycles have tried a lot of different food and restaurants in their time out on the road, which has exposed them to many different tastes. But if you thought these guys were food snobs, then you would be as far from the truth as possible. They like to party and get rowdy, but where do you think that energy comes from? We recently spoke with some of the members of The Vicious Cycles about their particular diets, whether any of them like to get in the kitchen and cook, their favourite hometown restaurants, and guitarist and lead singer Billy Bone’s signature nacho dish.

Bad Ben: “I’m basically a giant trash compactor and my diet is pretty terrible all around. Tour and studio are very similar. It’s usually an assortment of different candies and snacks with a plethora of carbonated beverages.”

What these men eat and where do they go for their food? Check out these pics: 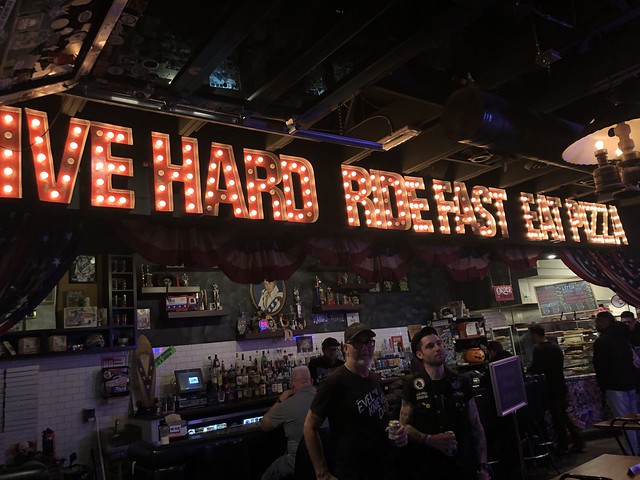 Bad Ben: “Me and Billy are fast food connoisseurs. We know where the best french fries, curly fries, and waffle fries are at all times.”

Beardo: “Norm and I ate at the omelette place yesterday in Las Vegas and it was unreal. A massive chicken fried steak, and an omelette and biscuits the size of your head!”

Billy Bones: “A lot of people consider me to be a bit of a cook. My signature dish is called Nacho Surprise. I make nachos in the oven with Dorito chips. They burn easily, so you have to be careful. I’ve heard of people using Doritos as kindling. Anyways, I make Dorito Nachos in the oven. Just chips and cheese. You can keep your olives and any other junk that doesn’t belong on nachos. Forget that nonsense.

Then I make Kraft Dinner on the stove. Two boxes. After I drain the water, I sprinkle in one packet of cheese (mix well). Then I dump the nachos into the Kraft dinner pot. Mix them all in. The chips will sog up a bit. This is what you want. Now add some ranch dressing and some soya sauce. Don’t go crazy with these two, it really freaks out the squares, but it’s delicious. For all you rich kids, you can cook up some bacon and then chop it up in there. Pulled pork also sits nice in there. That other pack of cheese, you sprinkle on after you dish up. Makes it super cheesy. You can thank me later.”

Bad Ben: “Rumpus Room and Uncle Abe’s are my two favourites. The waffles at Rumpus Room are amazing. You can even see me and Nick eating some there in our ‘High Noon Scramble’ music video. A+!”

Check out the artwork for the band’s recently-released Pirate Press Records album Motorcycho: 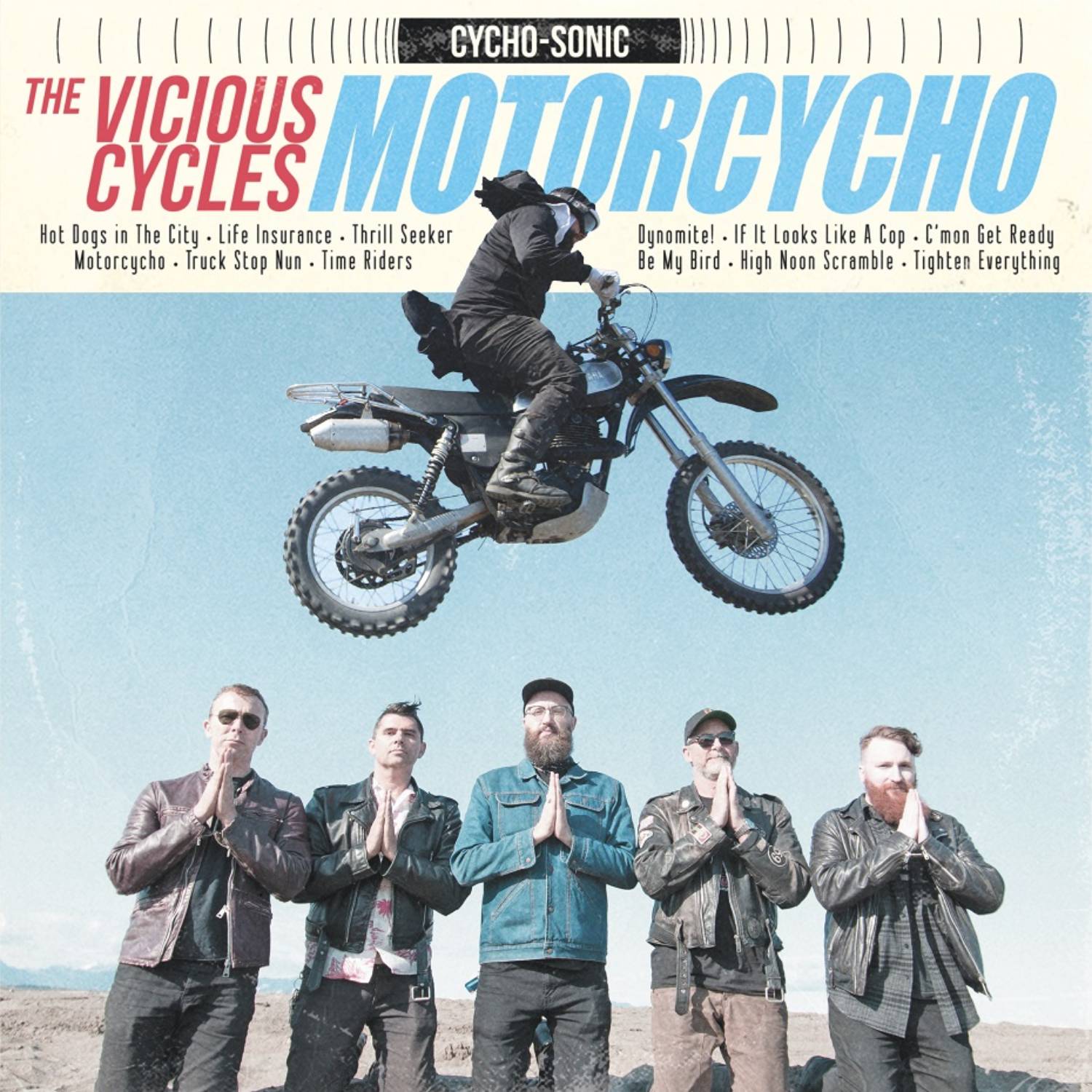 Bad Ben: “Anywhere in the South and East, as those are the only places where you can find the Waffle House, the greatest dining establishments of all-time.”

Beardo: “We also really like going to Dick’s in Seattle!”

Bad Ben: “A jar of organic crunchy peanut butter (salted), freshly baked sourdough bread, and a case of glass bottled High Life. For Billy, Coca Cola in glass bottles. Beardo would like you to take him to your best Mexican restaurant close by.”

Beardo: “In Vegas we played and ate at Evel Pie, an Evel Knievel-themed pizza joint and bar! I think cheese, pepperoni, and pesto pizzas were devoured. Our roadie Jimmy got a slice topped with real rattlesnake sausage! He said it tastes like chicken.”

Bad Ben: “I’m a big fan of the Dairy Queen Treatzza Pizza, in which case my favourite topping is Smarties.”

How about some “Hot Dogs in The City” to make for an ideal dining experience?