Let’s introduce you today to some Mutts and their latest music video for “Better Believe It,” the culmination of a long, but worthwhile road towards the band’s best material yet. The Chicago, Illinois trio has just released their latest album, titled Stuck Together (find purchase options here), a recording that was anything but quick, easy and straightforward. The release is the result of five long years of songwriting, much of which occurred while the group was touring across the United States.

Rather than settle down in a recording studio to flesh out new songs, Mutts used their grit and determination to put the effort into songwriting while focusing on all the fun, and mundane aspects of traveling across country. The writing process for Stuck Together was very scattered and components of songs were written in pieces, which were then molded together later. Thus, it’s difficult to say where certain individual tracks were written, with a good portion of the melodies and lyrics composed while the band was driving between shows in different cities.

The music video for “Better Believe It” was inspired by all of the blame that is easily and routinely apportioned out by practically everyone in today’s society, as well as the clarity which we currently lack. Mutts singer and keyboardist Mike Maimone states, “Between career politicians desperate to get re-elected, sound byte-oriented 24-hour news outlets, and social media, outrage spreads like wildfire these days. Meanwhile, empathy and truth get left behind in the dust. We wanted the video to amplify just how dangerous all this finger-pointing is becoming. We take one wrong turn, get a little lost, and descend into chaos absurdly quickly.”

From Mutts’ previous record Stick Together, watch the music video for “I’ll Be Around”:

As is often the case, the thematic structure for Stuck Together formed from the way in which it was written. Over the five years that it took, the album was continuously coming together and then seamlessly falling apart again, which is ultimately what is responsible for the record’s beautiful combination of vulnerability and strength which emerged through the chaotic process. These five years also happened to be a turbulent time in the life of Mutts singer and keyboardist Mike Maimone which also contributed to the feel of the album. Despite the disjointed writing process, Stuck Together was recorded in a way very familiar to Mutts; live, in one take of the band playing as a whole, before vocals and overdubs were later added. The actual tracking took place at Audiotree Studios in Chicago and features some guest appearances from singer Jennifer Hall and the very well-regarded Archie Powell of Chicago quintet Archie Powell & The Exports.

We’re a decade now into Mutts’ musical career, and it seems that they are only getting better with age and the maturity that comes from that. This is not a group that likes to take it easy, either, releasing now ten albums in a span of time when most bands release three. Now about 1,000 live shows into their existence, Mutts know exactly the musical direction in which they want to head in. This past spring they took a moment to celebrate their longevity with the release of an anthology album titled Hey, We Are All Mutts, a collection that featured fifteen of their best songs, along with the new single “Your Love.” The release of Stuck Together is perhaps the most meaningful time in the group’s existence. It was rough going there for a while, but here they are, back at it once again.

Check out the artwork for Mutts’ tenth record Stuck Together: 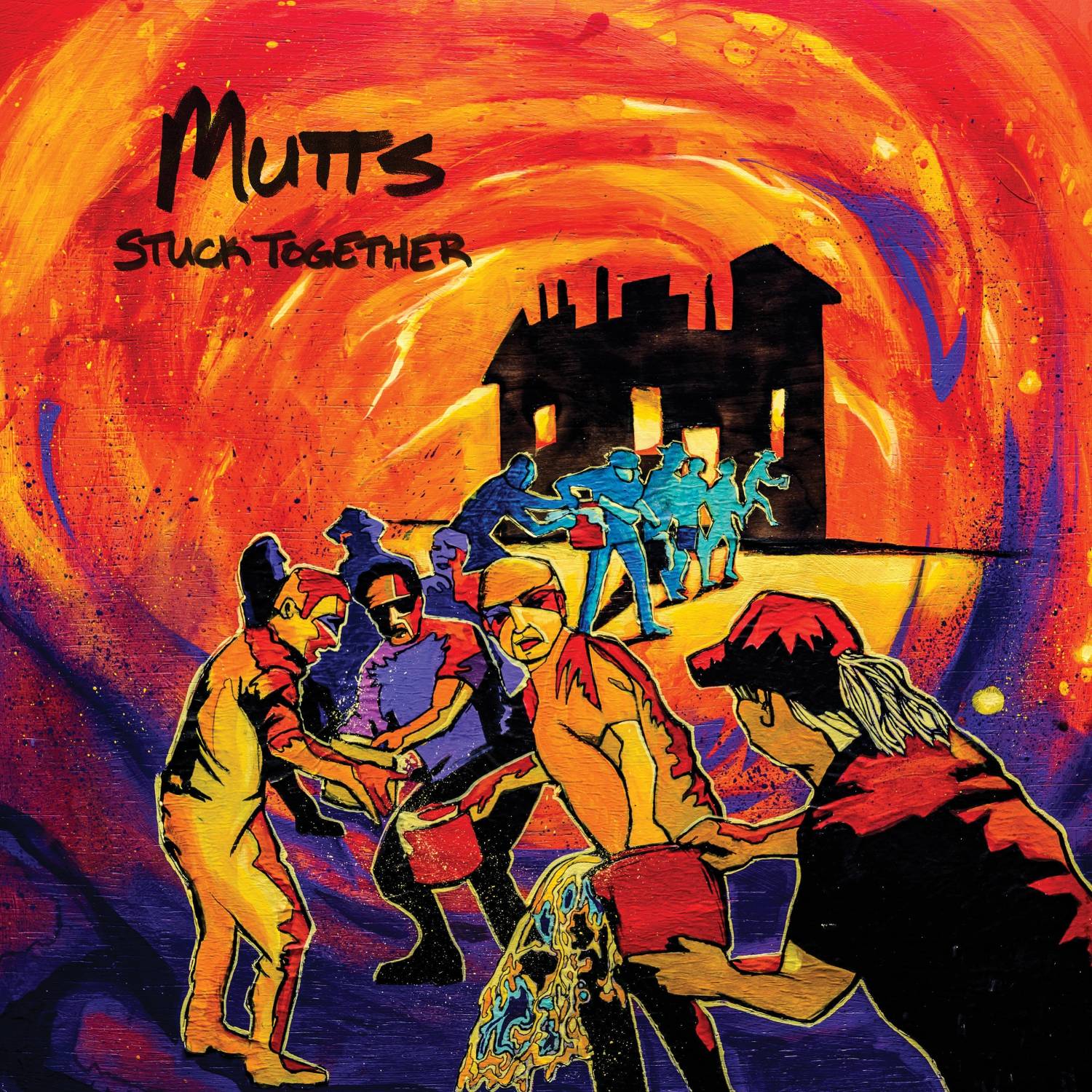