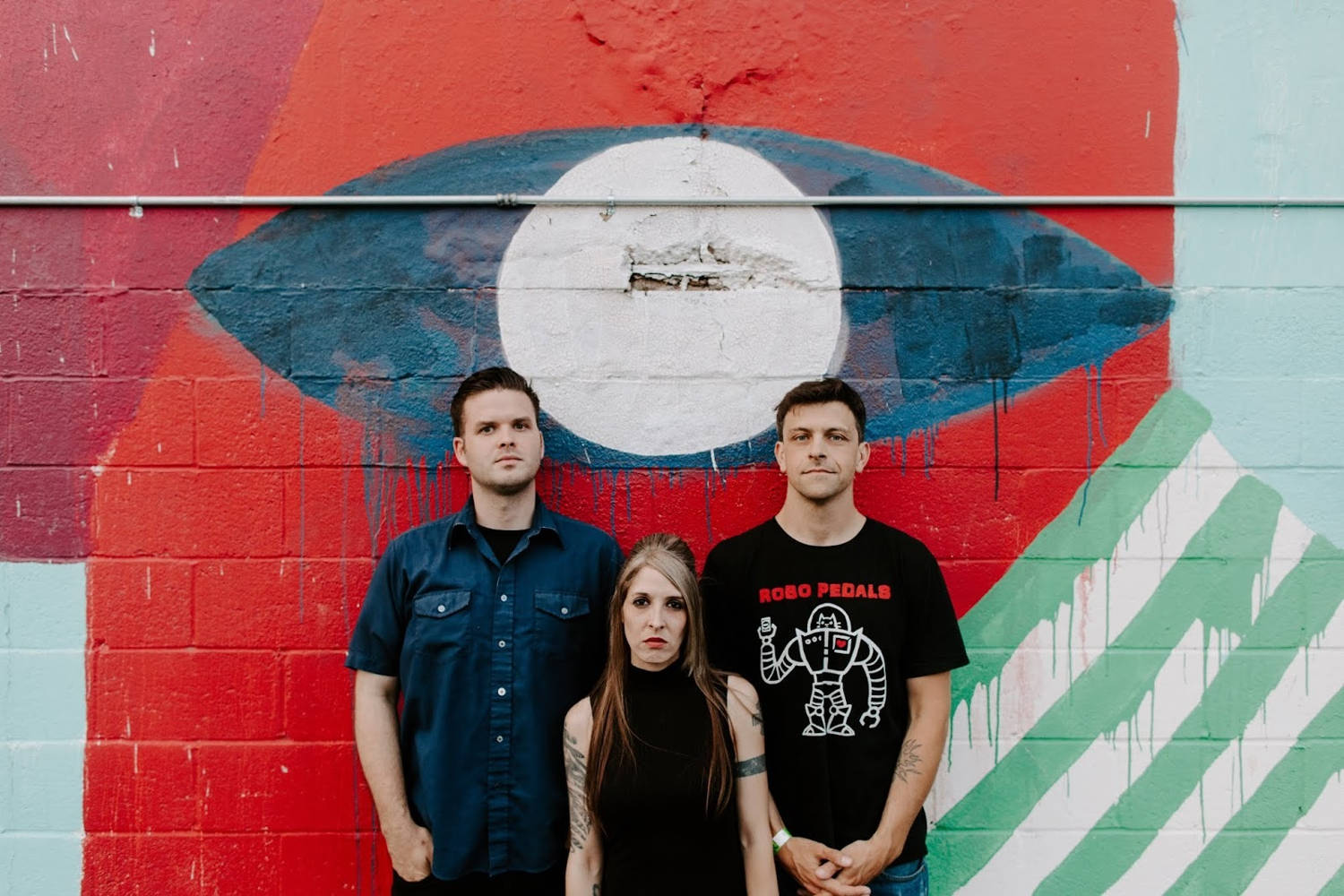 The noise-rockers Multicult are a power trio that comes armed with a ton of credibility. Guitarist and singer Nick Skrobisz, bassist Rebecca Burchette, and drummer Jake Cregger all boast oodles of experience accumulated over many, many years in music; Skrobisz with The Wayward, a post-hardcore group, Burchette as member of noise rockers Fight Amp in their early days, and Cregger as the drummer for both Triac and Backslider. With so much experience on their side, Multicult is certainly no band just “starting out,” trying to find their way. They play a brand of bruising, stripped-down rock that is minimal, but relentless in style.

Despite their tastes for noise rock, Multicult can’t be easily classified into one, neat, finely tied musical category. They pull from many different musical worlds, bringing an expansive approach to their music with Skrobisz also inspired by experimental music, such as guitarists Bill Orcutt and Sir Richard Bishop who operate outside of the mainstream. Skrobisz also has a retro-electronic solo project on the go right now called Overcalc for which he plans to release a debut album soon through Sleeping Giant Glossolalia. Multicult released their brand new, fifth full-length studio album Simultaneity Now at the beginning of last month via Learning Curve Records (order on Bandcamp). Simultaneity Now illustrates the talents of Skrobisz as a guitar player with a voice that ramps from low, quiet utterances up to soaring screams. The album was tracked and mixed primarily by the singer himself in his Baltimore home studio where he could oversee the creative process.

This siad, we’re fortunate to today have Multicult joining us for another edition of our new series Vinyl Variety. The band recently completed a summer tour that included Super Thief and Tongue Party, with a few September dates along with Vincas. In another edition of Vinyl Variety, Nick Skrobisz outlines his four favourite local record shops around his hometown of Baltimore.

Listen to the distorted riffs on “Torsion” from Simultaneity Now:

– This has been a mainstay of mine for many years. It’s evolved over the years to a robust haven of punk/metal/hardcore deep cuts, with an excellent department of jazz, soul and experimental LPs. Not only is there always the latest and greatest coming through, but there is the added ambiance of legit old SST and Touch & Go original show fliers and set lists plastered all over the store. A definite must when visiting Baltimore, just off of the Avenue in Hampden. The shopkeeper and owner, Tony Pence, is quite knowledgeable and is always glad to answer questions. He’s also been in a million Baltimore punk and hardcore bands, currently WarXGames and Glue Traps.

– Recently moved to the Station North region of Baltimore, this wonderful place has been run since its outset many years ago by Jason Willett, of Leprechaun Catering and Half Japanese fame. A true connoisseur, Willett’s built a truly singular, unique destination for music collectors, that still dwarfs the algorithmic capabilities of YouTube searches and “you-might-like-isms.” The emphasis here is much more in the experimental/world vein, though all the cornucopia can be found here. There are always things at True Vine that exist nowhere else, not even online. The decor and vibe within is of a veritable wonderland where you will leave differently than you entered.

Hold on to your hat! Multicult shares a closer look of their favourite Baltimore record stores: 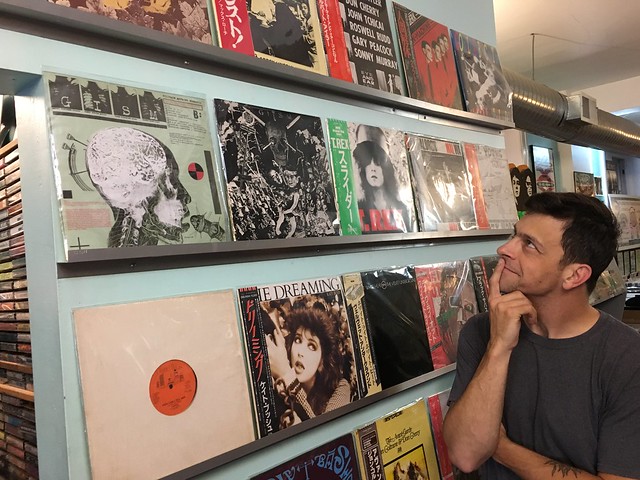 – A really great twofer in the Charles Village section of Baltimore, Normal’s boasts BOTH music and books of high caliber and (often) rarity. While the music selection here is more limited than the former two stores listed, it’s still great, and always filled with those elusive gems on LP and CD, thanks to the acumen of the fine people who work there. The bonus here is, the full-on bookshop inside gives one an opportunity to expand the canvas on which they consume and consider the arts. A must-see!

– This is easily Baltimore’s most well-known and largest record store. It also happens to be where Record Store Day first was conceived. Unquestionably a great stop, they always have a vast array of LPs, CDs, and other odd schwags that are worth one’s while. Being convenient to the Harbor, it’s nice for the more touristy passers-through, who may be seeing Baltimore for the first time.

You’ll know why Multicult is noise-rock after listening to the blistering “Grieflex:” 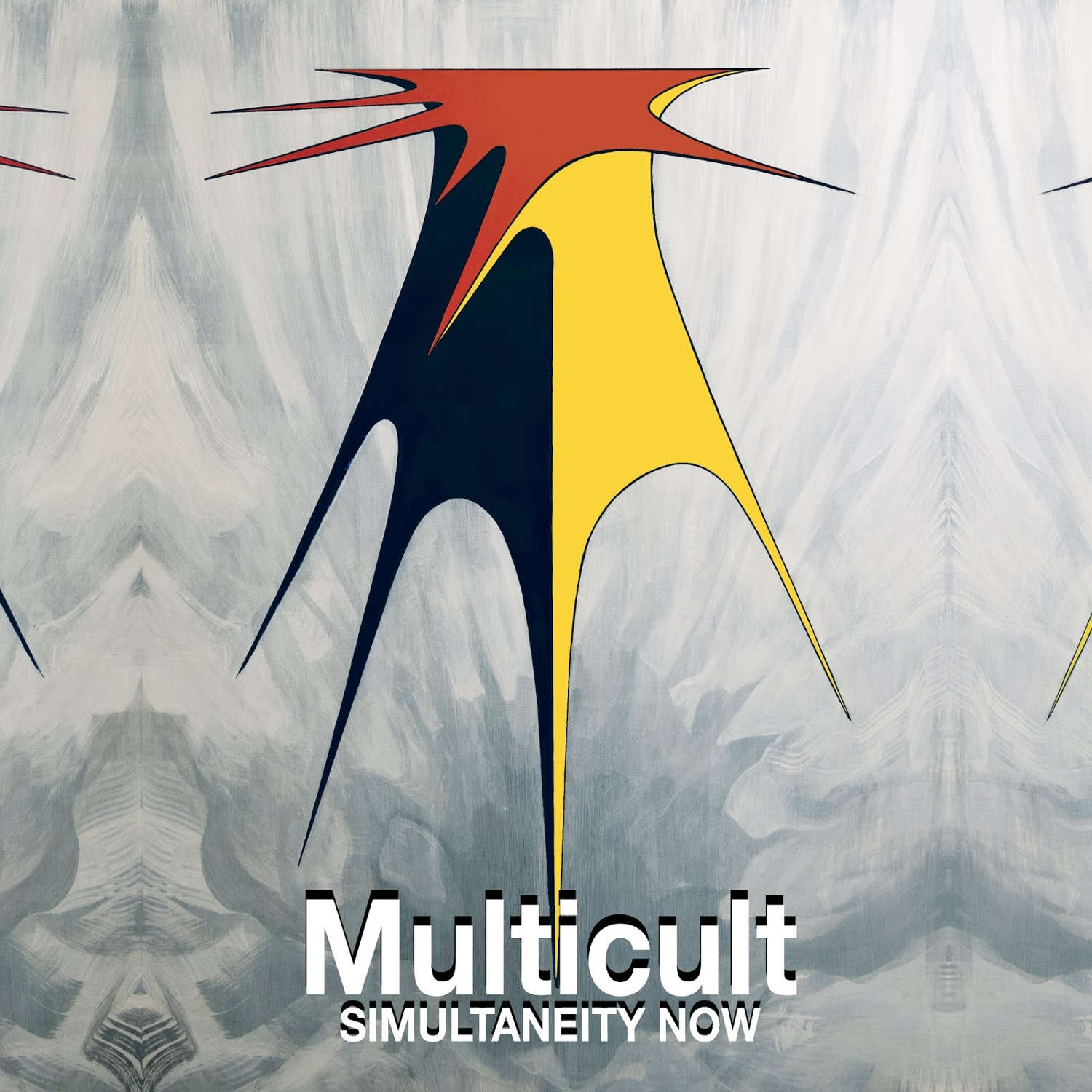