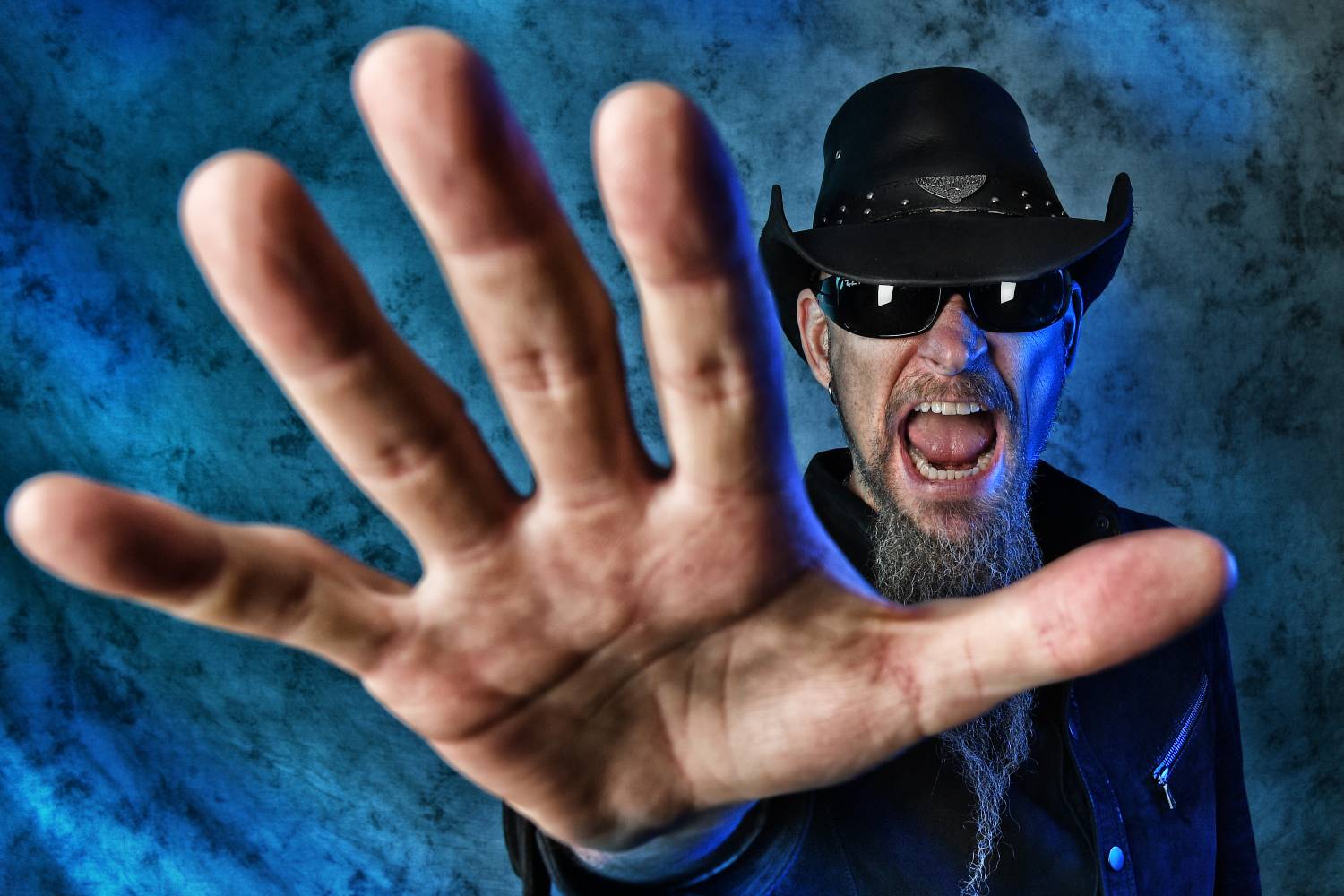 We all value the “Simple Life” to some extent. Whatever our definition, we all strive for that life of clarity, control, and stability with a lack of complication. Well, enter singer-songwriter Dudley Taft and our exclusive premiere of his newest music video for “Simple Life,” the title track to his sixth full-length solo record. Simple Life was released on September 6th (buy/stream here), and sees the singer, songwriter, and guitarist deliver twelve of his finest tracks, full of rock riffs and musical diversity.

Commenting on “Simple Life,” as well as the new record, Taft stated, “The songs are about being in love. It’s real. It’s natural. It’s me. It’s probably my most honest record. I freed myself from all of those self-imposed structures and allowed the music to happen.”

True to its name, Simple Life is about, well, the simple life, and sees Taft at a point in his life where he is enjoying that kind of lifestyle, full of love, realism, honesty and being true to oneself. Although a solo artist, Taft worked with a long list of very talented musicians in the creation of this record, including drummers Walfredo Reyes JR., known for his work with Santana, Chicago and Steve Winwood, Summer Rain collaborator Mike Taponga, and newcomer Chris Ellison. Kasey Williams performed a lot of the bass parts, and John Kesller appears on “If Heartaches Were Nickels.”

The “Simple Life” music video is quickly racking up views, and for good reason!

How to live a “Simple Life,” according to Mr. Taft:

Simple Life is very much focused on decompressing from the complications of life as well as creating a safe distance for yourself from the constraints forced on you buy the digital age. The title track was written on a trip to the Bahamas, inspired by the feeling of Taft reading a book and feeling the freedom of having no cell phone reception, not being up to date every minute on the news cycle and the relaxing feeling of just “decompressing.” Spending most of his life in the city, he has come to love the routine of it, but as he grows as a singer, songwriter, and man, he also has come to love the breaks from that torrid lifestyle.

As Taft enters this new phase of his career, he comes with experience and credentials. The Midwest native was a founding member of Space Antelope a high school band that contained the soon-to-be Phish legend Trey Anastasio. After attending the Berklee College of Music, he founded the well-known Seattle band Sweet Water before a stint with Second Coming, responsible for the Top 10 hit “Vintage Eyes.” He has been solo now since 2006, which has included five other defining records, the most recent being 2017’s Summer Rain.

So, what does a ‘simple life’ mean to the artist? We asked that and more in the following mini-interview: From the new Simple Life album and title track to how he spends his downtime and what matters most, here’s what Taft had to say….

“Simple Life” is both the name of your new video and new album. Tell me, what is your own personal definition of the ‘simple life?‘

Dudley Taft: “The lifestyle my wife and I have now is much simpler and less stressful because our kids have grown and are all living on their own. Wanting a simple life is a reaction to all the stress and distractions we have in our modern day, sometimes I just want to read a book on a beach where there is no cell phone network!”

Get a good look at Taft and his trademark look with the cover art for “Simple Life:” 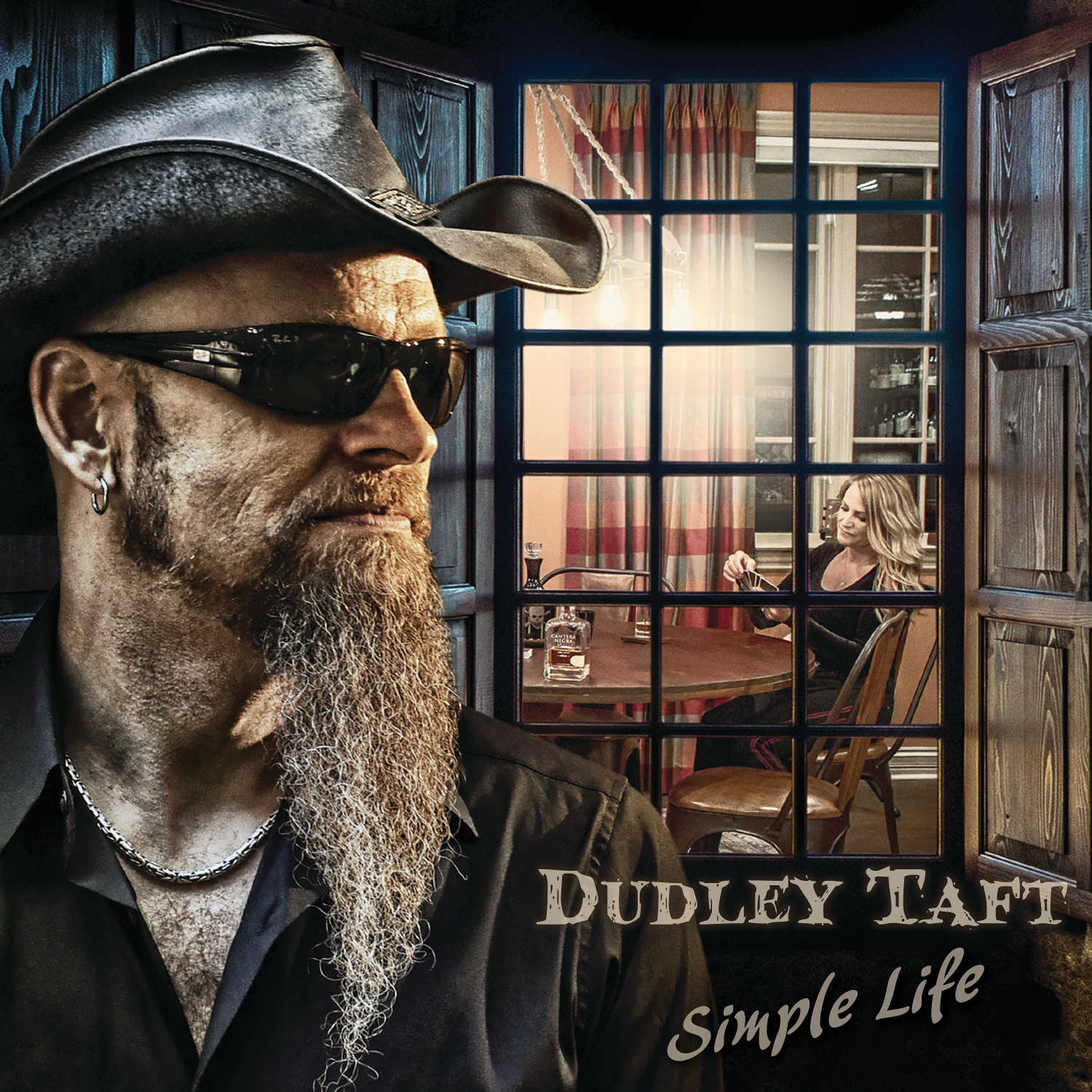 Was the album, and/or song, motivated by times that perhaps your life wasn’t very simple and a lot more difficult than it presently is?

Taft: “Definitely! My wife and I have raised four kids. And they were all teenagers!! (laughs heartily) But we worked hard all those years, and we have made all the right decisions to set ourselves up for an easier lifestyle now. We are both happy with what we are doing, and we saved our money.”

What do you appreciate most about a simple life? What makes it attractive to you?

Taft: “At the end of the day, it’s the small pleasures that make this life rewarding; good friends, nice dogs, a big TV, and a nice couch! Watching the sunset while sipping tequila, going to see a band that we love, our favorite restaurant, these things make us happy! As you get older you appreciate the simple things a bit more. We are not worried about working for any bosses. We do our own thing!”

Take us back to what the writing and recording process for Simple Life was like. How long did it take, when did you begin and when did you ultimately complete the album?

Taft: “I worked on the songs for two years, doing some demos in the French countryside in 2018. I wrote about 30 songs, and we recorded eighteen in my home studio. I picked the best eleven! (laughs) I finished the mixing in the spring of this year.”

Just released a month ago, here is Taft’s other new music video for “Give Me a Song:”

Tell us the most significant challenge you faced, either with regards to writing or even recording Simple Life. Were there any real difficulties or difficult processes?

Taft: “Yes. We wanted our touring drummer Marty McCloskeyWalfredo Reyes Jr. had just moved to Cincinnati and he played most of the songs. I had met him years ago at a rock camp in Jackson Hole, Wyoming. He really did a great job and learned the parts Marty had come up with and then put his own fantastic spin on them.”

After playing in bands for several years, you’ve been a solo artist now for thirteen prolific years filled with several album releases. What do you enjoy most about being a solo artist? Is it the freedom to do things the way you want?

Taft: “Yes. I write my own songs obviously, and it is a lot more difficult to make headway as an original artist. But I have kept at it and have developed a nice following in Europe and the U.S. The best feeling is seeing the audience sing along to the songs I have written!”

Aside from your busy solo career, you’ve also contributed a lot of music for film and television. How did that come about and are there any current projects that you’re working on?

Taft: “I worked in Seattle as a session guitarist and also did music library work. I was doing everything I could to make ends meet. I got lucky with some great song placements, but those all happened after the music was written. I still get some action with my songs, but I really just focus on writing my stuff. For me, it is much more rewarding. Now that I am in Cincinnati, I am further away from session work, but I don’t miss it!”

From Taft’s previous album Summer Rain, watch his video for “Edge of Insane,” released in fall 2017: