Gone Sugar Die is the namesake for the musical journey on which Patrick McWilliams and Mike Hindert have embarked. They set out to create grimy dirt-pop music to which the world can dance, fueled by a collaboration of indie-pop and synth-punk. It may be fun music, but it certainly isn’t “stupid music” that’s just pumped out frivolously to get whatever fans and attention they can get. It’s a smart and explosive sound, created with style and musical savvy.

Hindert is likely a name you’re already well-acquainted, as he is best known as the bassist for the highly successful indie rock band The Bravery who released three successful and influential post-punk records in the ‘00s. The band received international attention and radio play for their singles “An Honest Mistake” and “Believe.” McWilliams, on the other hand, got his start in the suburbs outside of Vancouver and, musically, is best known as the lead singer and keyboardist for The Cut Losses, who are best known for their underground hit, “Spending Time On My Own.”

When their respective bands were left at a standstill, McWilliams and Hindert quickly connected over their mutual love and admiration of darker new-wave icons of the 1980s, and mid-1990s Brit-pop. These commonalities led the pair down their own musical road together with an instinct to do something new and inventive while maintaining their affection for the music on which they grew up.

“Candy Is A Heartthrob” is the new single and music video from Gone Sugar Die. Both the song and video deal with many of the same issues which Patrick is discussing today:

Musician and producer Marshall Gallagher (Swing Hero, Teenage Wrist, 3OH!3) has helped to bring it all together, melding these different musical influences into one for Gone Sugar Die’s debut release, Blaack Heaart. Gallagher was instrumental in doing all the right things at the right times, whether it was adding the right pre-production or some properly placed beats. The effort was also aided by the assistance of former The Bravery drummer Anthony Burulcich who laid down rhythms in the studio.

Despite the highs that come with a new musical venture, and a new release, it wasn’t all a fun process to get to this point. McWilliams, in particular, is no stranger to hardship. Growing up outside of Vancouver, McWilliams has dealt with mental illness and addiction issues since he was a young boy. He also was involved in a serious car accident at the end of 2017 which only added to his personal struggles. Despite past hardships though, McWilliams has found a way to carry on and create a positive atmosphere for himself; with the help of those around him, his own perseverance, and his love of music.

Unfortunately, there are those who aren’t so lucky; some who carry with them the same types of struggles are left to suffer and, in certain cases, even end up homeless. In this informative, touching, and deeply personal story, McWilliams sheds light on the difficulties of his upbringing, his journey towards recovery, and ultimately our negative perceptions and treatment of homelessness in society today. Make sure to donate, if you are able, to help support Covenant House Vancouver.

A portrait of Mr. Patrick McWilliams: 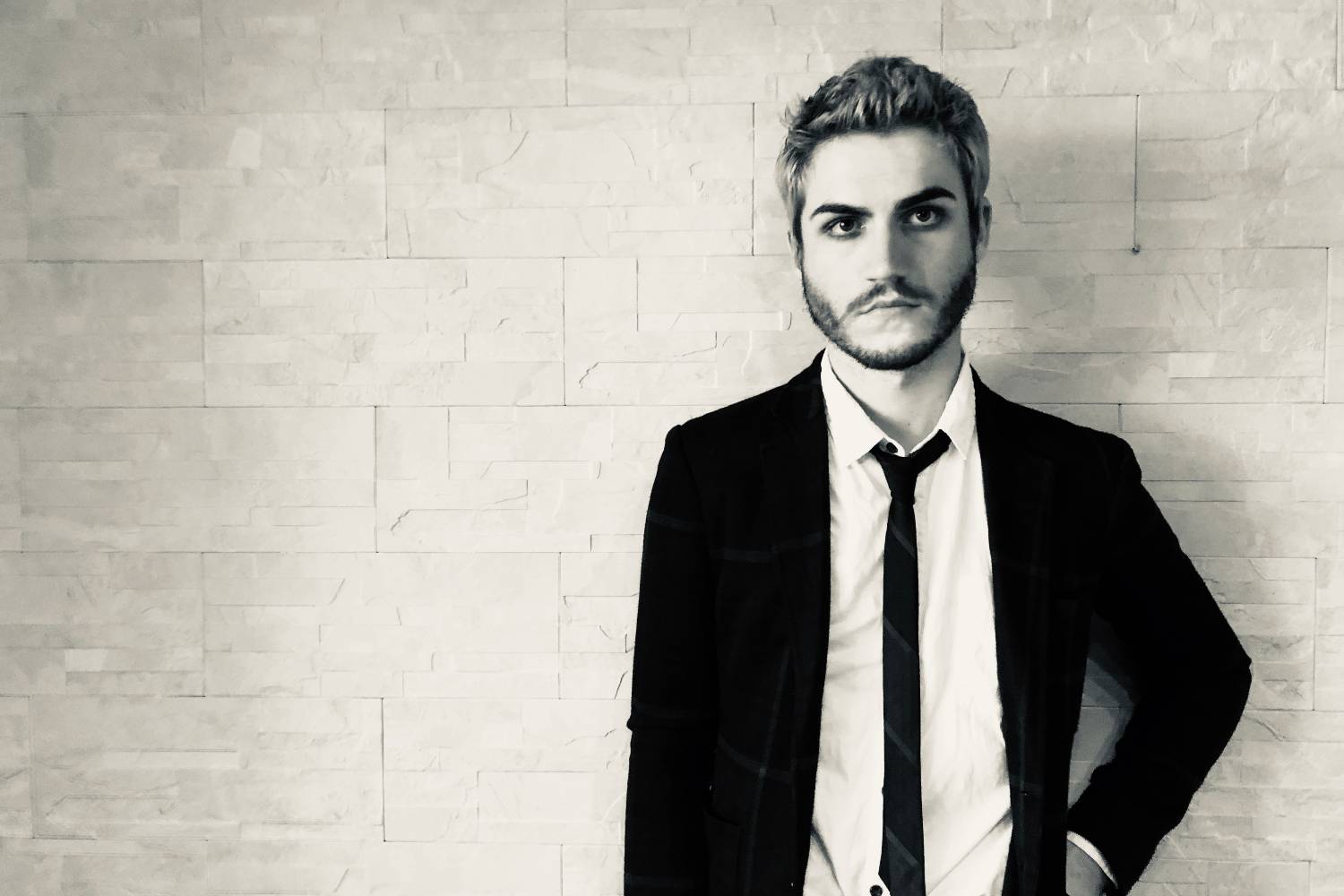 – There are always people who assume based on speculation. Mental health itself is one of the most speculative topics, mainly because it is invisible. My gateway inside took shape as a child, coming from a hereditary place of mental illnesses and addiction. In 1998 I nearly died of E. coli when I was three years old, which riddled both my family and myself with anxiety, and started my subconscious down a rabbit hole into a myriad of issues. Years later while facing the standard troubles of any angsty teenager, being bullied in a school submerged in gang violence, witnessing my parents divorce, self-medicating alcoholism, and losing 11,000 dollars to gambling and enduring an unhealthy relationship, I ultimately ended up in the psychiatric unit of the local hospital for months.

It was here that my observations transitioned into experience. I was immediately set on a full buffet of pills, enabling both the addictive and unstable sides of my mind. Between screams, cries and police force, there was no time to analyze individual issues. Once the medication had mutated me into a zombie that met the facility’s standards, I was “set free” into society with the debt, instability, and a lack of rationalism I’d accumulated over the duration of my confinement.

It was clear to me that this wasn’t the answer. Day to day, I found myself waking up outside, in random basements or backyards, and hungover with empty pockets bathing in self-sabotage. I constantly reflected on how I got there, after even maintaining good grades in school. To this day, one of my heaviest guilts is the time and memory I lost in 2014 and 2015 from the process; it’s as if I simply time-travelled two years into the future. Inevitably, I stopped the over-medication cycle I had been subject to, and in 2016 started to open my eyes again. It was as if I had just come back from summer camp, and everyone had moved on and had kids or was off in university. 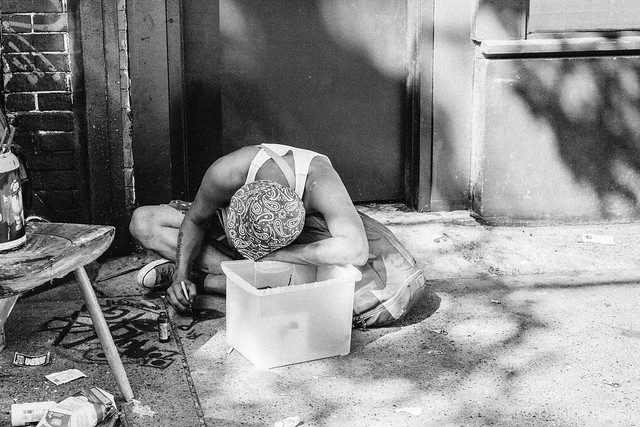 Between the empty foundation I’d had laid out over the previous years of life, and the unbearable withdrawal symptoms of the medication, I dove headfirst back into alcohol. The voices of my peers echoed through my mind hourly, how I “had no musical future or talent” or how I was “insane and hopeless.” I could not pinpoint exactly why, but I was embarrassed constantly and could not talk about it with anyone. The last thing I needed was a pity party. If anything, it enabled and reaffirmed the self-destructing habits I’d acquired. These were my teachings; how was I to shape any of that into something? What did I have to compare that against? As a written-off person, what was I to do? There is no human recycling depot. I followed my instructions, as anyone would, and in 2017 landed a diagnosis of “Borderline Personality Disorder” and physically, of “Fibromyalgia.”

Coming from a suburb an hour outside of Vancouver, British Columbia, I viewed the city in the way people view Disneyland. I had been there countless times as a child, however, one thing always stuck with me; why were there so many homeless people? And more so, why was everyone so accustomed to it? The population of the homeless community seemed to spread upon each visit, eventually engulfing the entire east side of the city into crime, filth, garbage, and sorrow. Oddly enough, I never felt in danger anytime I was there. This became the focus of our song “Candy Is A Heartthrob.”

Additionally, the city has faced global criticism and recognition including that of Snoop Dogg. I decided to spend time immersing myself in the people and community they had set up and was able to cumulatively tie each resident into a consensus: mental health. In tandem, the city is also one of the most unaffordable in North America, but that is another conversation. Each and every one of the individuals that shared their story with me had either a difficult upbringing with onset trauma or mental issue. I witnessed firsthand people medicating, injecting themselves with heroin and fentanyl, and going about their day while sharing horrifying stories of their past.

Released earlier this summer, “Heartbreak Jewelry” is the debut single from Gone Sugar Die. Check out the official music video:

It’s easy to feel empathy or throw a few coins in a hat for someone, but that’s only feeding your own ego. Every one of them shared a communal sadness for the fact they had to use drugs, and the rising overdose rate, but had no education toward alternative options they could pursue. It’s simple enough for you reading this, or for any rational thinking person to say to themselves, “I would never end up like that.” That statement is true, however, few people consider context.

No one expects a car to run without an engine, nor a person with a broken foot to run a triathlon. This is the case with most rehab patients relapsing, not for the treatment, but lacking the tools and foundation to move forward afterward. In my experience what I found most surprising was the lack of support for any form of mental illness. Friends expressed some sadness toward me when enduring hardship, however, disappeared shortly after. The teachers in high school I witnessed essentially wrote off handicapped students, acting as if they were a burden and helped just enough to coast to graduation.

Now, this isn’t ultimately at the fault of anyone; up until recently, people with mental illness were viewed as “lunatics.” The problem lays in the hands of education, not just for care providers, but to the general public. Despite lacking the fundamental tools most rational thinking peers around me had, I was held to the same accountability and standard. I viewed myself as incompetent for years by being unable to fit my “round peg” self into the “square hole” of society. I can confidently say first hand that a better common understanding of mental health and building social tools is the first step toward subsiding the homeless population. How often can you hear someone call you worthless before you believe it? What does acting worthless in turn look like?

Check out the artwork for the band’s latest single “Candy Is A Heartthrob:” 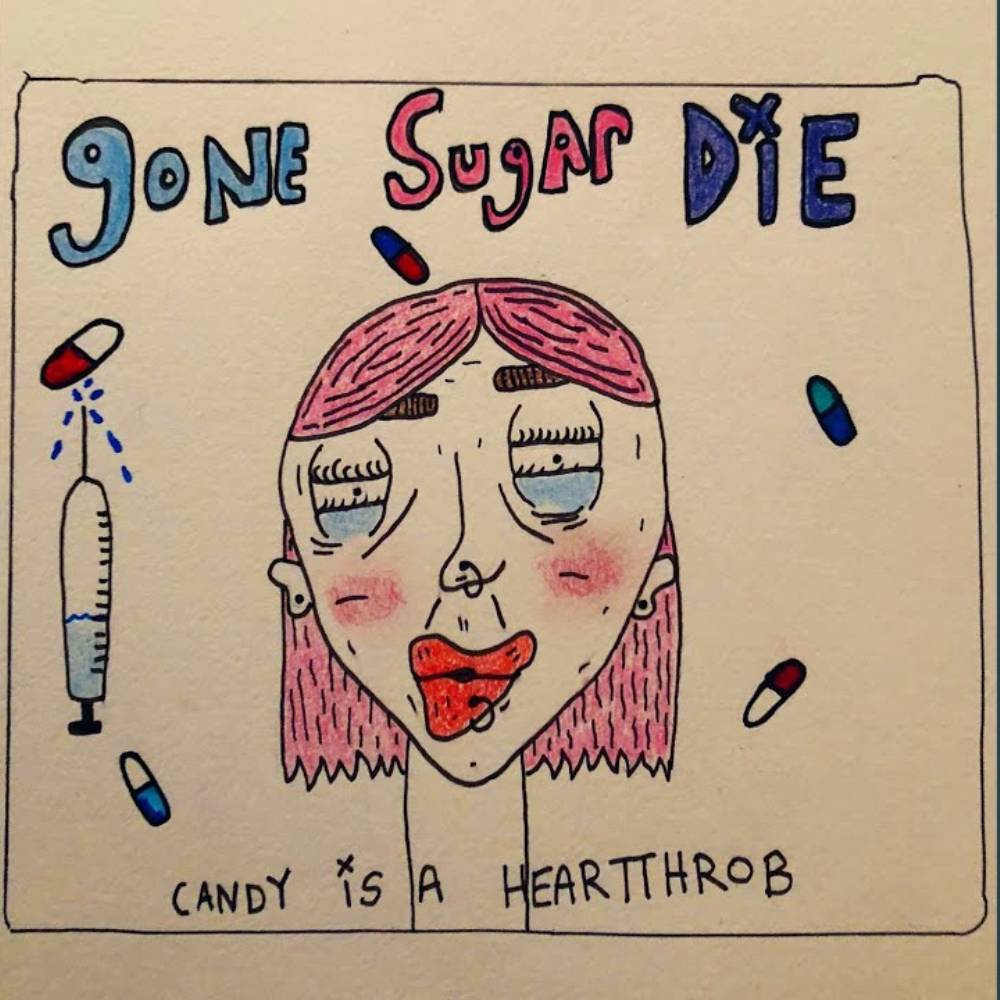 After a near-fatal car accident on New Year’s Eve in 2017, everything came colliding together simultaneously. I was able to reflect on my life and take the right steps with a new group of support around me. Recently I attained sobriety, ran a successful independent business, began writing music again and continue to educate myself on psychology. My efforts were even recognized at the office of the Premier of British Columbia. I am not out to start any kind of movement, but much easier than that to advocate and educate the public on guiding homeless or mentally ill people toward success.

Now I volunteer with the local food bank and jump at any opportunity to entwine my musical career with charity events, so far including epilepsy research, art programs for youth, and homeless shelter benefits. Every conversation is education, all it takes is active listening. I’m starting to increase my involvement in politics, which everyone is able to do and be heard by contacting their local legislative member. The more awareness and questions we ask, the more we grow as a society. We live in a world where we can access any bit of information we want at any time, but also where we are all naïve and focused solely on self-preservation.

It is a sad fact, but because most of this article focuses on self-criticism, most people have stopped reading by now. Additionally, we are unable to decide for ourselves on what is credible, factual news. Everyone would rather throw out what they view as broken, rather than persevere the repairs. This again is a learned behaviour, rooted in consumerism, that has moved on from products to people. I hope to see some form of psychological or societal curriculum introduced in the coming years. As I learned in the psychiatric ward, life isn’t static and what we are taught shouldn’t reflect success merely as crossing a finish line. Every person and life, their upbringing and their future, is dynamic. We are, as they say, a product of our environment. After coming out the other side, this is my experience, not my speculation. 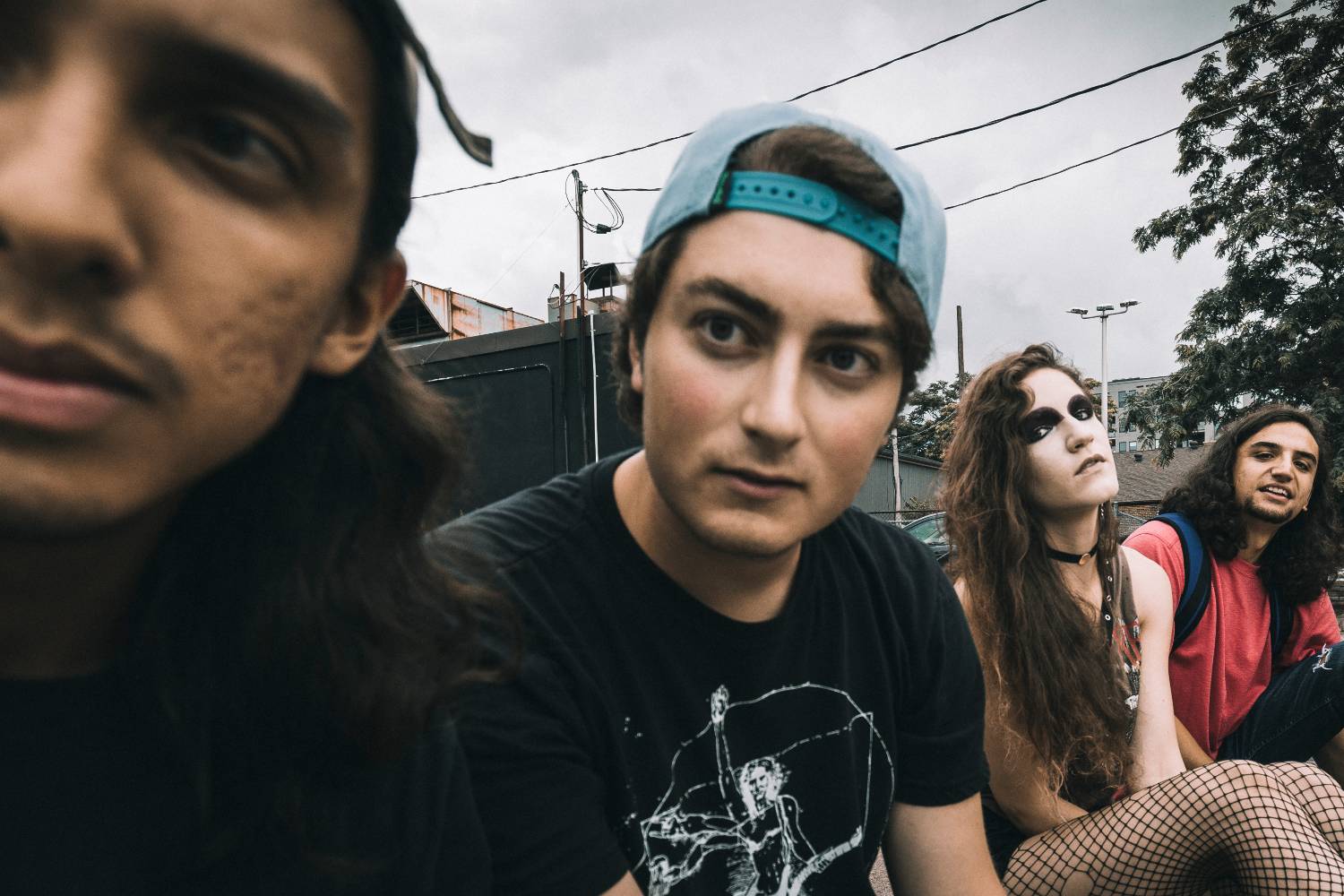 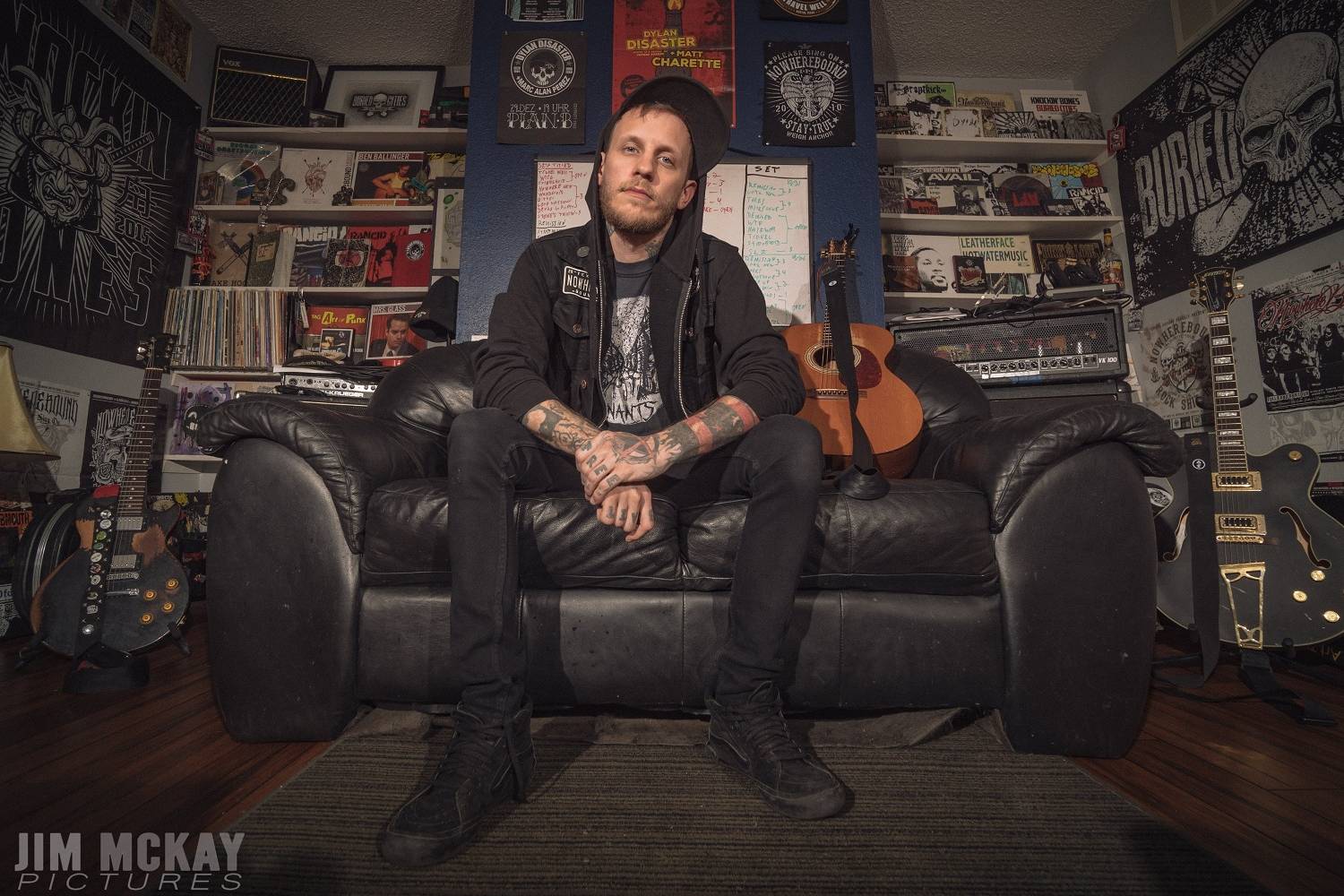