Described by Fredrik Nordström as: “This is the most crazy and insane music I ever worked with, I love it!”, Home, the debut album from Boston metal band The Offering, is out now through Century Media so having given it a spin, we spoke to Alex and Nish from the band to find out the kind of songs that influence the band.

Before you read their choices, check out their video for the brilliant “Ultraviolence”:

1. Ozzy Osbourne – “Mr.Crowley”
Nish: I don’t want to feel trapped in the past when it comes to talking about my favorites since I was born in the 90’s, but when we are in the conversation of essential metal songs for us, it would be ludicrous to not include this song. Metal before the 80’s is exemplary, but “Mr. Crowley” put all the pieces of what came before it into one cohesive piece. Dark, memorably biographical lyrics, atmospheric keyboard textures, pretty interludes, and a jaw-dropping set of guitar solos give you everything you need in a digestible fashion during an era where the combination had never been done so effectively. Iconic.

2. Van Halen – “Eruption”
Alex: Everyone remembers the time they heard Van Halen’s hair splitting guitar virtuoso for the first time. For me, I was young. My father was cooking dinner like normal when I approached him and showed him some half-assed guitar solo of one of my newly discovered anxiety punk bands. “Sit down”, he said as a smirk stretched across his face. Cranking the volume to ten, which at that time in my house was off limits, and pressed play. Excited and proud, dad watched while my mind was enthralled in musical ecstasy. That moment changed me. Music was larger than the radio. It can bring people together.

3. Judas Priest – “Painkiller”
Alex: I have been debating about bringing this song/band up but it is inevitable. The constant comparison between myself and the legendary Halford has become tiresome and rather condescending. Yes, we both can high scream, and yes, we both cope with our premature baldness with the growing of our beards; but he cannot have the monopoly. I digress. “Painkiller.” This song solidified my indoctrination in metal as a life pursuit. The drumming beat, the screeching guitars, the vocal perfection. The songs structure and intention. The never ending assault of Metal pounding and pounding the core of the soul. Metal Gods living.

4. Marilyn Manson – “Man That You Fear”
Nish: There’s a common misconception that metal music is restricted to distorted guitars, bellowing vocals, and Slayer-esque drum performances. By these standards, you would grossly underestimate the work of Marilyn Manson. “Man That You Fear” perfectly encapsulates how complex lyrical storytelling coupled with beautiful harmonic textures can be brought into the heavy metal world with the right attitude and performance. While Alice Cooper brought theatrics to rock way earlier, I find Manson’s manipulation of the tactic provokes far more self reflection and an investigation of one’s own world views, which falls more in line with my preferences in the heavy metal movement. My approach to songwriting wouldn’t exist without examples like this to follow.

5. Linkin Park – “One Step Closer”
Alex: Imagine, a ripe and young Richichi. At the innocent age of nine. Aggressive inline skates, pre 9/11 neighborhood freedom, a deep pocket filled with dunkaroos and ring pops, hair spiked up and bleached like Justin Timberlake or any of the pop ideal boy band singers, then… Like a demon of high school rebellion, a skateboarder approached me. The bullying was relentless, mocked for my choice of rollerblades, crushed my ring pops and ate my dunkaroos, noogied my JT hair. On the bench where he sat was a forgotten group of CDs, in them: Green Day, Limp Bizkit, and Linkin Park. My reward, Hybrid Theory, was the first album I played that was banned in my home. My first taste of screaming vocals and rebellion. Linkin Park was my escape from anxiety. My beginning into the world of aggressive music.

6. Machine Head – “Halo”
Nish: The Blackening was such an influential album for me, especially growing up in the Bay Area. There’s so much to dissect, and “Halo” summarizes the record and encompasses a lot about the magic of four musicians locked in with each other. Magic was clearly in the room when they created this. Cool melodic lines, big vocal harmonies, twists and turns with strong resolutions, dual guitar solos, tastefully placed quiet sections, and appropriately powerful lyrics are carefully packed into a 9 minute song, and yet the public still pigeonholes it into just being a thrash metal album. Sub-genre culture is selective, I guess.

7. King Diamond – “Welcome Home”
Alex: King Diamond is not easy to listen to. I remember hearing him for the first time early in my quest for metal and thought, “what the f***.” The music is a tad proggy and the vocals are like a dying weasel with rabies being castrated. I found it unpalatable and a waste of time. Years later, after diving deeper down the Metal well. I re-discovered Abigail and played it. Like a wondrous, darkened maiden after midnight, King Diamond’s musical theatrics were delectable. The once convoluted prog parts turned intricate, the tone and story complex, and his vocals legend. I consider this change of my perception my complete indoctoration into metal. King Diamond is not liked but, earned. GRANDMA!!! *Side note, my cat’s name is King Diamond.

8. Slipknot – “Left Behind”
Nish: The generation before us had it great by living during the hey-day of Slayer, but luckily for my generation, our loss was made up for with the rise of Slipknot. In my opinion, Iowa is the Reign in Blood of our time. Everything, from the performance to the way it was recorded is human ferocity in its rawest state. “Left Behind” carries the attitude as the rest of the album, but it possesses some unique, haunted melodies in the center of all that chaos. Every instrument in the recording leaves burn marks in your ears, but it somehow doesn’t distract you from the hook. A perfect example of how great metal songwriting can communicate your deepest, darkest emotions.

9. Pantera – “Walk”
Alex: There is something to be said about a singer who can sing with technical skill but chooses to bastardize technique for the purpose of the album… enter Anselmo. Like Picasso, who had to prove to the art community he could paint portraits and landscapes before his masterpieces, Anselmo did the same. Power Metal was an interesting record of classical technique and Halford copycating. Then, bam… Pantera‘s sound was born. This song proved to me that technique is lesser to intention, and simplicity triumphs over complexities. Write a damn good song, be you, and never look back.

10. Bring Me The Horizon – “Crucify Me”
Nish: Okay, hear me out, I understand that readers might be upset I included this, but we’re talking about a band that has very much so defined a sound that has strongly influenced the current decade of metal music. Sure, Earth Crisis or Hatebreed are fantastic in the metalcore history books, but these guys modernized the approach in 2010 with nearly everything that was popular at the time. “Crucify Me” ambitiously puts together a ton of elements into a genre blender.

It has electronic textures, a wall of 5150-tinged guitars churning out riffs courtesy of melodic death metal overseer (and my goofball Swedish uncle) Fredrik Nordstrom, a huge range of screams and growls, choirs, and occasional clean vocals all capped off by climactic breakdowns. It’s a progressive effort in a genre where everyone refuses to give out that label. Unfortunately, There is a Hell will likely be a forgotten record in the history books with BMTH’s current pop sound and the saturation of metalcore, but I feel that its impact on modern metal, along with Suicide Season, is grossly underrated.

Home is out now through Century Media Records and you can pick up your copy here. 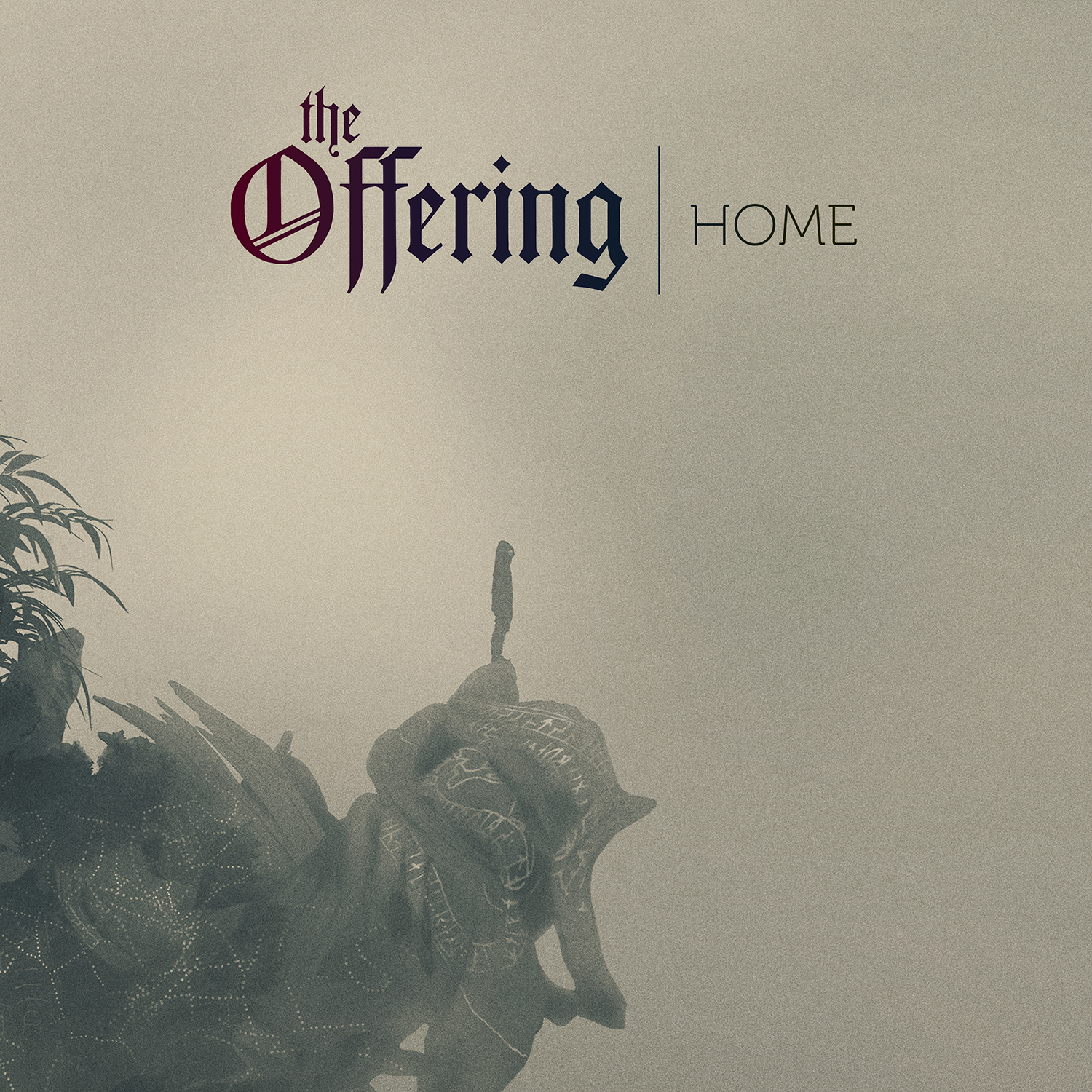 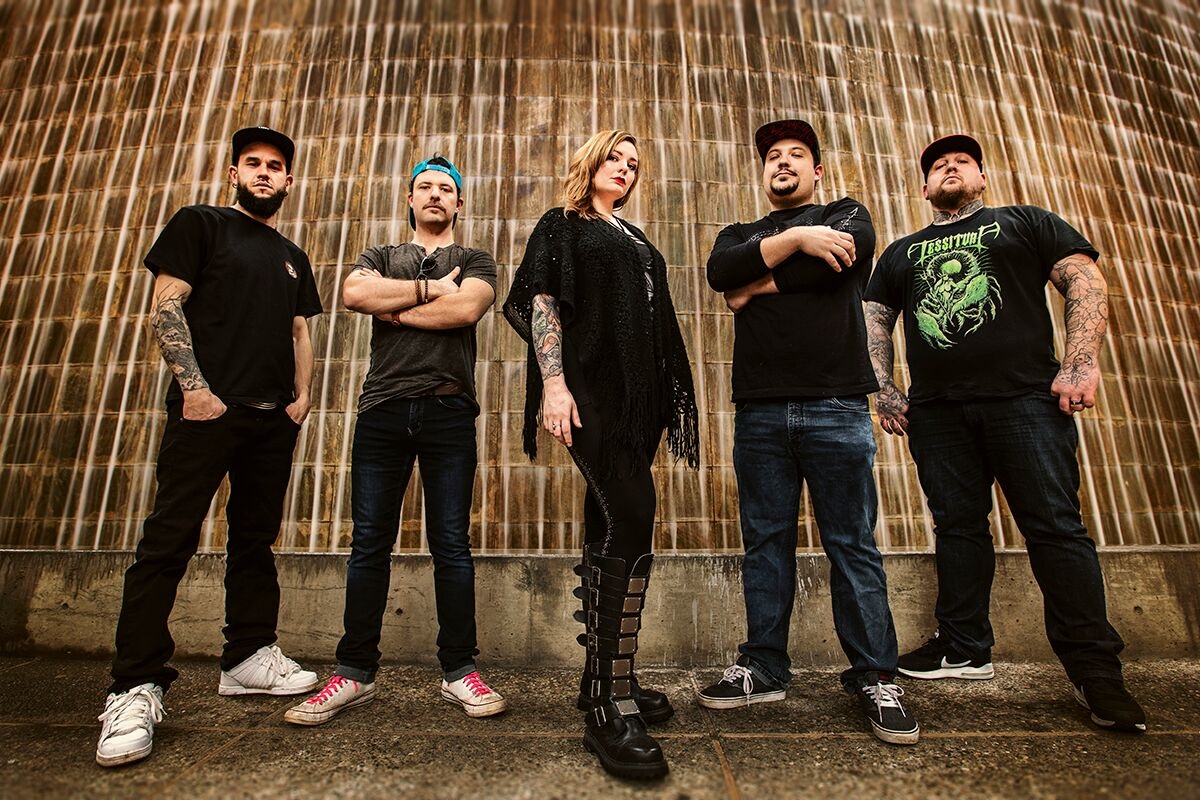 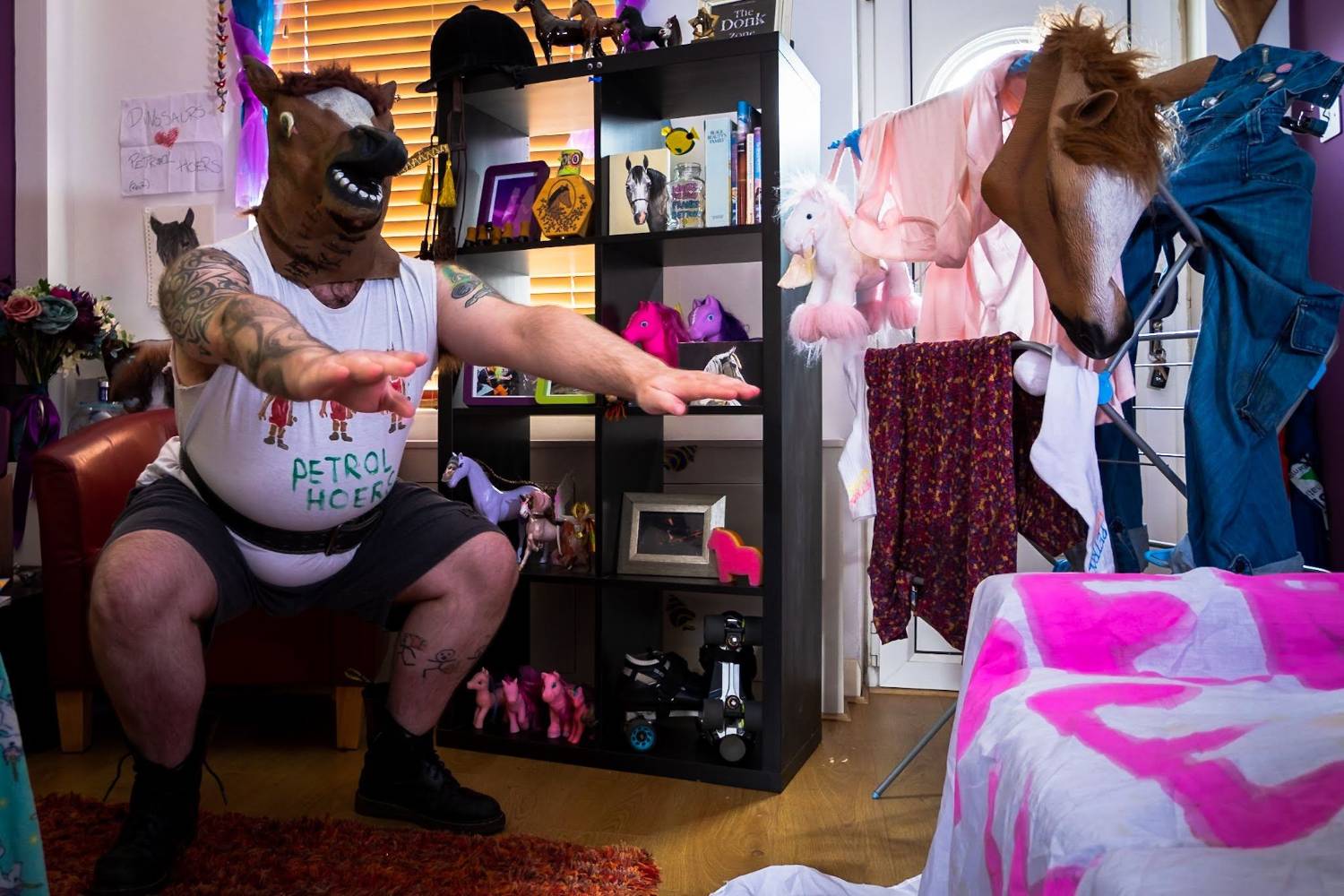