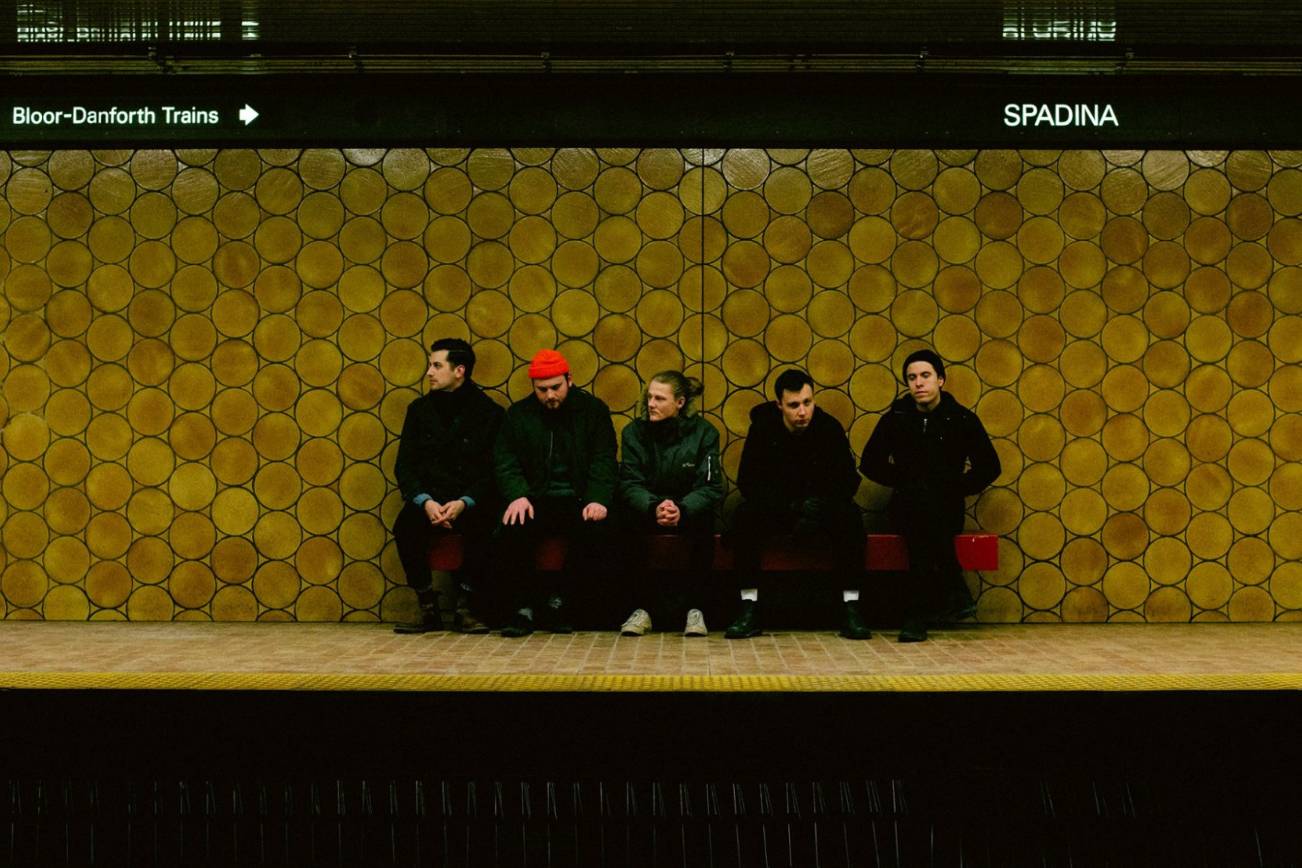 In Conversation with RARITY: The Band Discuss ‘The Longest Lonesome,’ Member Changes and Their Local Music Scene

To say Rarity have been through a lot is an understatement. Upon releasing their debut album, I Couldn’t Be Weaker, in the summer of 2016, the group lost two members shortly thereafter. After that, on top of other internal issues, the band “fell apart.” Yet, after signing to a new label and acquiring new members, the Hamilton, Ontario five-piece have regrouped and are preparing to release their highly anticipated sophomore release, The Longest Lonesome, on August 30th. You can pre-order the album now on Apple Music.

Currently on their first American headlining trek, the band have been touring a lot this year in preparation for the album’s release which faced an initial delay. Luckily the delay came with some very welcome news, as the band recently signed to New Damage Records.

“We had the record finished about half a year ago before we started facing issues regarding the rights to our music,” explains drummer Evan Woods. “New Damage came in and were behind the new music, they helped us out and it became such a great friendship. They’ll be putting out the record now and we couldn’t be happier.”

“Shawinigan” is one of the singles off Rarity’s latest album The Longest Lonesome:

As previously mentioned, the group did face core member changes shortly into the touring cycle for ICBW. Since mid to late 2016, the band had guitarist Corbin Giroux (formerly of Downstream) and bassist Cole Gardner (previously a member of Parkside) filling in those spots on a touring basis before becoming full-time members.

“When we lost our old members, we had to really think if we could still do this. Our old guitar player, Zack, was a big writing force; like the flip of a light switch, we wrote one song and realized we could still do this. When Corbin and Cole came in, anytime we had doubt when writing the music, they had an idea or they had a part. They had to be a part of this band. We’ve been friends with them for years and it just made sense.”

Leading up to the release, which they recruited producer Sam Guaiana for, the band have released two singles, “I’ll Come Around” and “Shawinigan.” Their sound is one that is hard to label, varying from post-hardcore to straight-up pop-punk instrumentals, however, a difference is noticeable when you hear these tunes. They’re darker than most of their releases to date and they’re hitting the listener even harder.

“When we were thinking about the first record and moving into the upcoming one, we thought about what aspects of our sound we liked, what goes over well live, what we like singing more, etc… We filtered it down to more of what you hear in ‘Shawinigan’ and ‘I’ll Come Around.’ Maybe not heavier, but darker is the better word, more attitude.”

Shots of Rarity at their New Damage Records Signing Party at Club Absinthe (Hamilton, ON) on June 28, 2019: 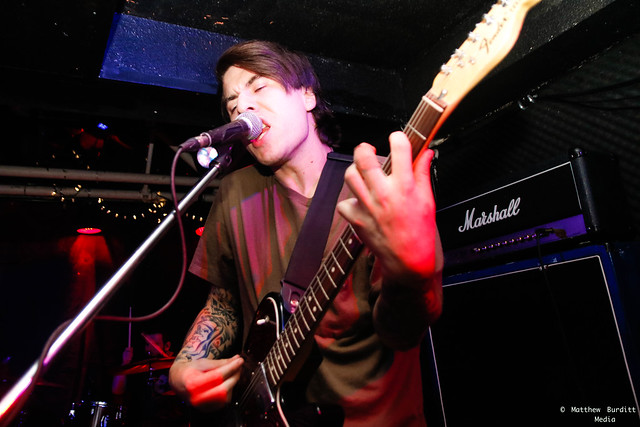 For those who don’t know, Rarity formed in 2014 in Hamilton, Ontario coming from a scene that has birthed many internationally touring bands such as Counterparts, Seaway and Silverstein, just to name a few. Anybody from that part of the province will be able to tell you how big of a role this band plays in the local side of the music. From working at shows to booking shows and tours (guitarist Adam Clarke helps in running booking/management company, Passenger Entertainment), it is a testament to how passionate the band is about not just their own careers, but about music and their local scene as a whole.

“When I was a kid going to shows, I saw those guys on stage and it made me wanna do the same thing,” explains Clarke. “We’re in a very fortunate situation where we’ve had the opportunity to tour around the world, so I wanna be able to help develop bands as much as possible and give them a platform, opportunities similar to what we had when we first started. I think it’s important to constantly give as much as you can in this scene and things will be returned. Everybody who’s involved just needs to give as much as they can. It wouldn’t work if it weren’t for that.”

The band are currently continuing their tour around the United States into the beginning of August. You can check out the dates remaining and everything else about the new record on their official website. 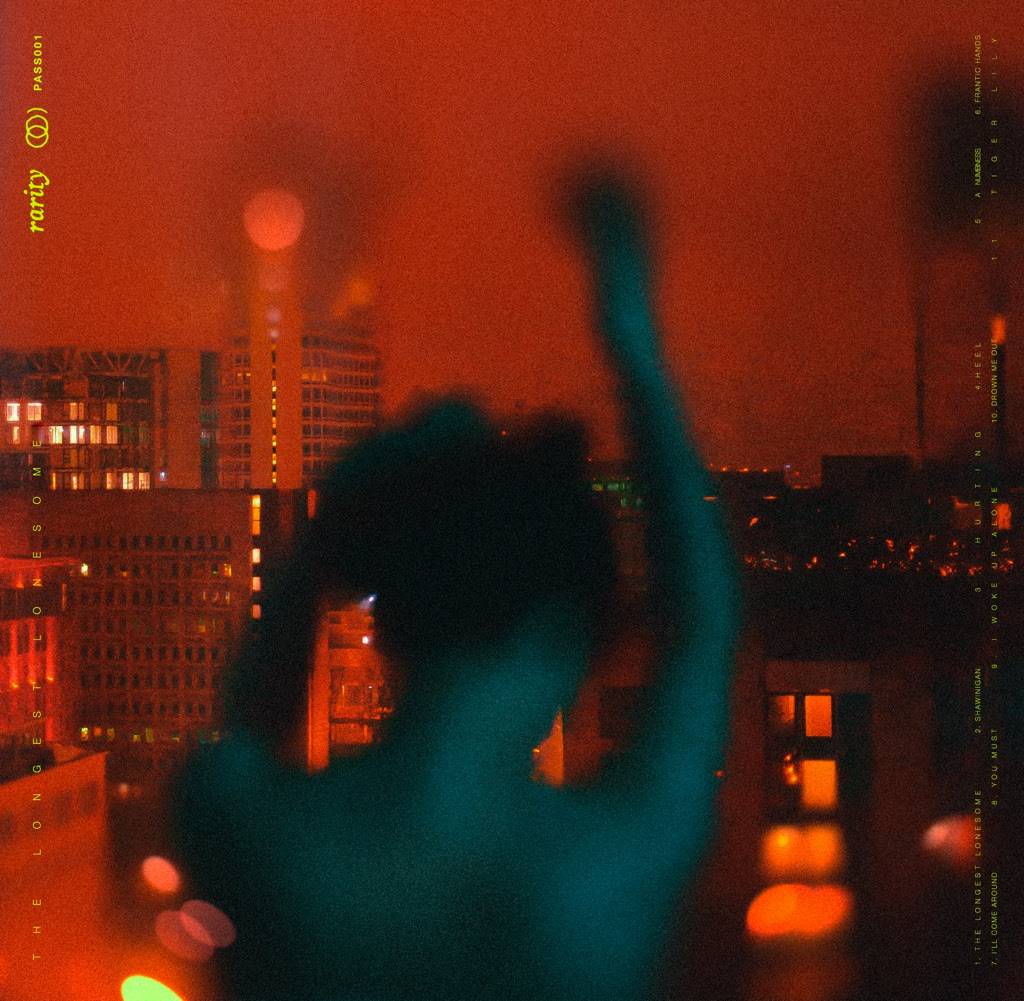 From their previous album I Couldn’t Be Weaker, here’s the video for “Stranger:”