Established in San Diego in 2007, Monarch are a deadly thrash metal band fresh off their victory in the 2019 Wacken Metal Battle USA. Consisting of Matt Smith (guitar/vocal), Casey Trask (guitar), Alex Pickard (bass), and Adam West (drums), these veterans of the Californian metal scene released their most recent album in 2017 – Go Forth…Slaughter (stream/purchase via Bandcamp) – and are poised to truly breakout on the worldwide metal scene as they get set to perform in the Wacken Open Air Festival, which also features the Metal Battle International Final, in Wacken, Germany.

In celebration of their Metal Battle USA win, we are stoked to have Alex from Monarch answer interview questions from their Canadian counterparts and winners of the 2019 Metal Battle Canada, The Slyde. Check out the details below and stay tuned for the follow-up to this interview wherein we reverse things and Monarch pose questions to The Slyde. Until then, here’s what The Slyde’s Nathan Da Silva fired off to Alex.

Congratulations on the Wacken Metal Battle USA win! I read that Monarch has been rocking and slaying for 15 years; how does it feel to get this win after all these years of hard work and perseverance?
Alex Pickard: It’s been a seriously long journey for myself and all the band members involved. We came from very small situations and gained most of what we have financially by means of “from the band and for the band” almost exclusively. In this day and age, that’s near impossible with clubs, most of the time, not paying bands anything for their hard work and performances, which is a hard reality. We also recognize that it takes time as a new band to get to that point in a musical career as well. But after 15 years we’ve only just begun to start seeing our major success. Perseverance is key in the metal world.

“Go Forth…Slaughter”; what a title.


Can you describe the experience of the Metal Battle competition in the US, if you’ve competed in past years; mention some of the standout bands you’ve competed against, the cities you might have travelled to for the various rounds, etc…?
Pickard: The metal battle is above all a competition, but we all view this in a different light as it plays out. The metal battle is a gathering of all the best metal bands around in your respective country, and all the hard work you put into this event and the band as a whole is done by all the other bands competing as well. It’s a great way to meet talented musicians and network with fellow metal heads.

This is the big take away from participating in the Metal Battle. Metal united is stronger than divided. You can’t view other metal bands as enemies, this doesn’t strengthen the community. But it’s a healthy competition. There have been too many good bands that we’ve played with in the last two years in this event, so I don’t want to leave anyone out. Being in California, we have been lucky enough to only have to drive to Hollywood as our furthest destination since we start in San Diego and are based out of San Diego.

Does the band have any plans leading up to the Wacken Metal Battle International Final in Germany?
Pickard:Our plans include: strategy, preparation, practising. Rinse and repeat that until we get to the festival to unwind and network with some of the businesses and bands. Beer and leaf definitely helps us relax after a good jam session.

Which bands are you stoked to see at W:O:A?
Pickard: ALL OF THEM. Unfortunately only two of our members will be able to stay for the whole event. The other two have to headline a festival with another band they’re in, The Three Tremors, in Spain. They leave almost one day after Monarch plays W:O:A.

The nine-song Go Forth…Slaughter was released in September of 2017. 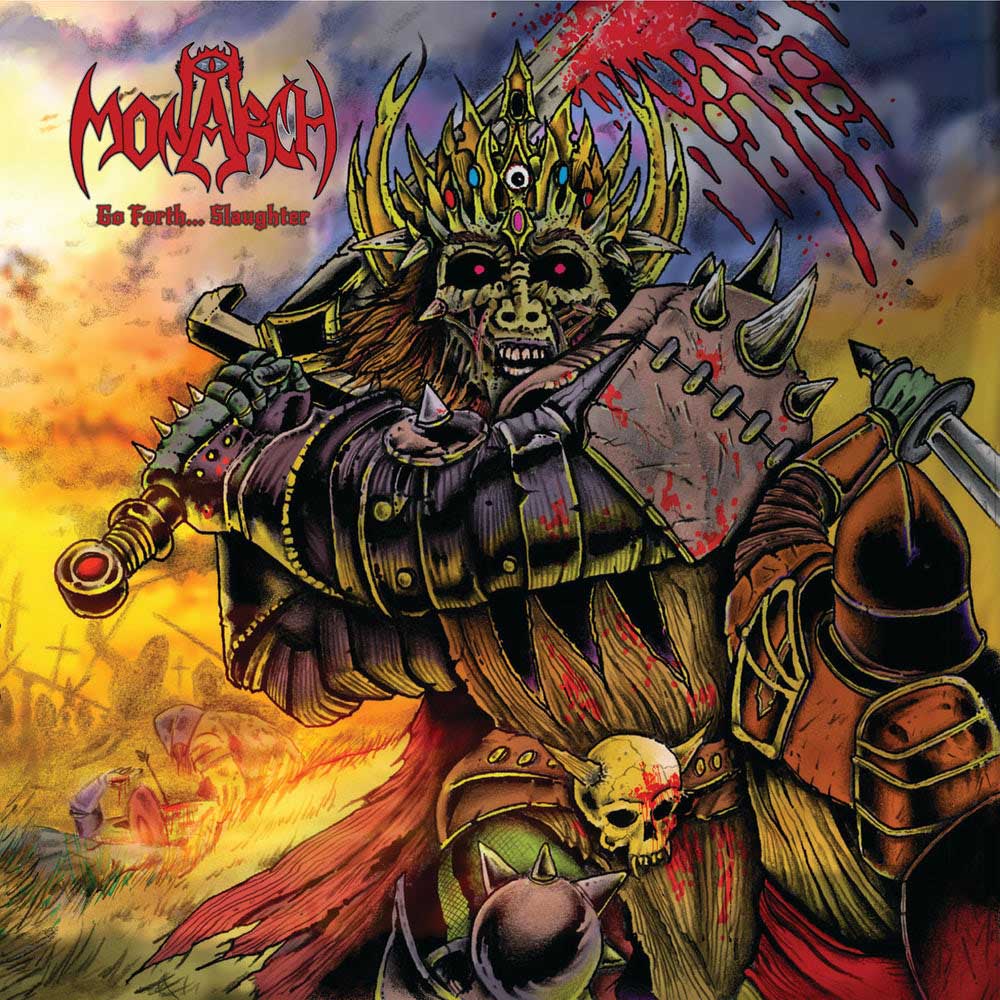 What’s the metal scene like in San Diego and California? Have you guys ever played Mexico? Ever considered playing (or have you already played) in Canada?
Pickard: The metal scene in California has been gaining much traction and we’re excited to say that it has physically shown to have improved over the last few years. Much love and respect, especially in the San Diego area, for building up a strong crew of heavy music listeners. Haven’t got a secured show in Mexico yet, due to bad booking or offers of $0 to play which will always end up being a no from us. We work hard to bring quality content on stage, and, at this point in our careers, playing for free only happens at fundraisers and charity events that make it worth our while.

And on Canada: If Canada ever thinks of allowing some law-breaking hellraisers into their country and loosening their grip on the rest of the world’s possibilities, then maybe we can get in one day, but, as long as they hate our records, they will never let me personally cross the border. Haha. I wish we could get good bookings in Mexico and be allowed in Canada.

Have you boys ever done any of the following: Eat an authentic Quebec poutine, put maple syrup on bacon, crush darts, said “eh” at the end of a sentence, say “sore-y” instead of “sorry”, or just gone out for a rip on a full send, buddy? Fucken’ right, guy!
Pickard: I’m pretty sure maple syrup and bacon has happened to all of us at some point in our lives. And we all know that crackin’ a cold one with the boys for a full send is the only way of life. No one can deny that 1 commandment. We’re all ready to fire it up with some ‘ronas when we get out there.

Here’s a live video of Monarch performing in 2015: 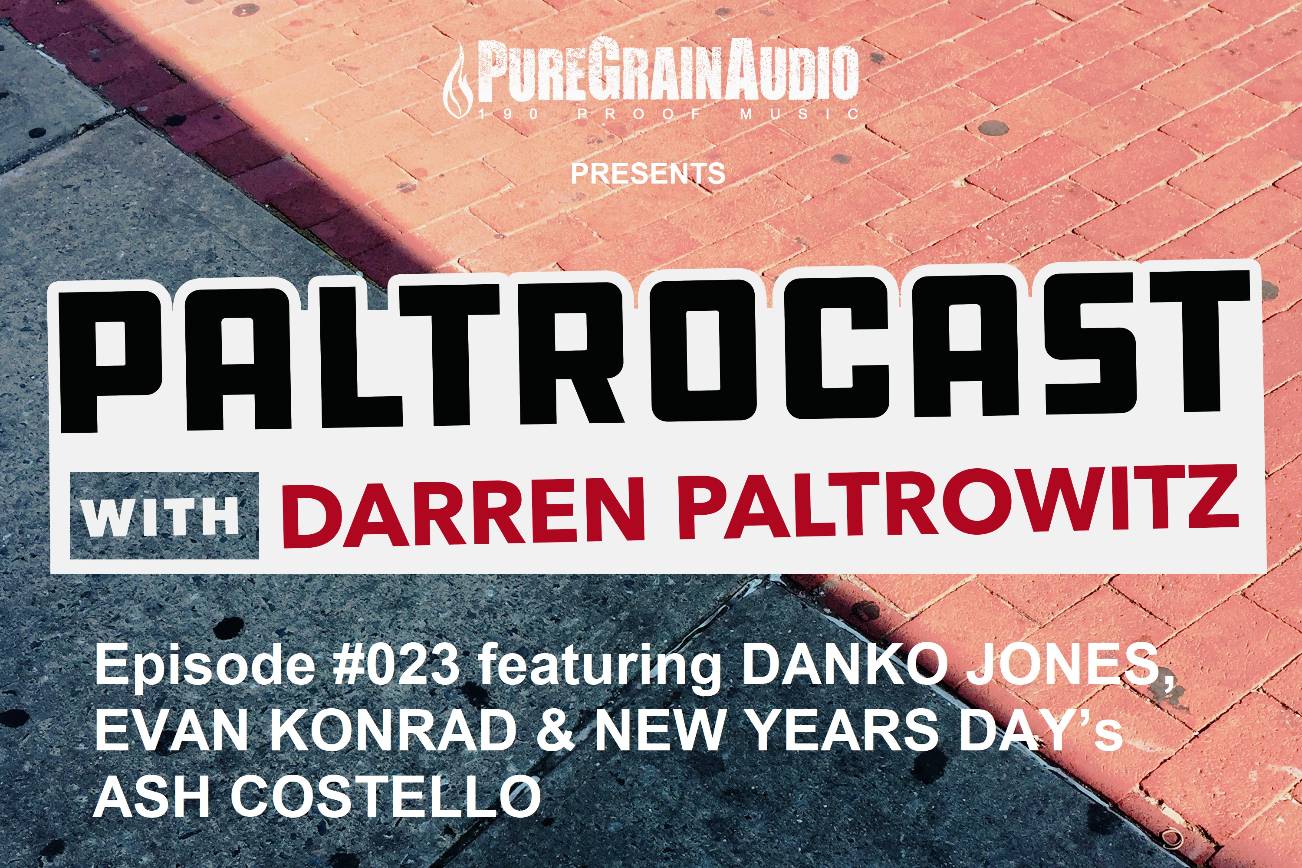