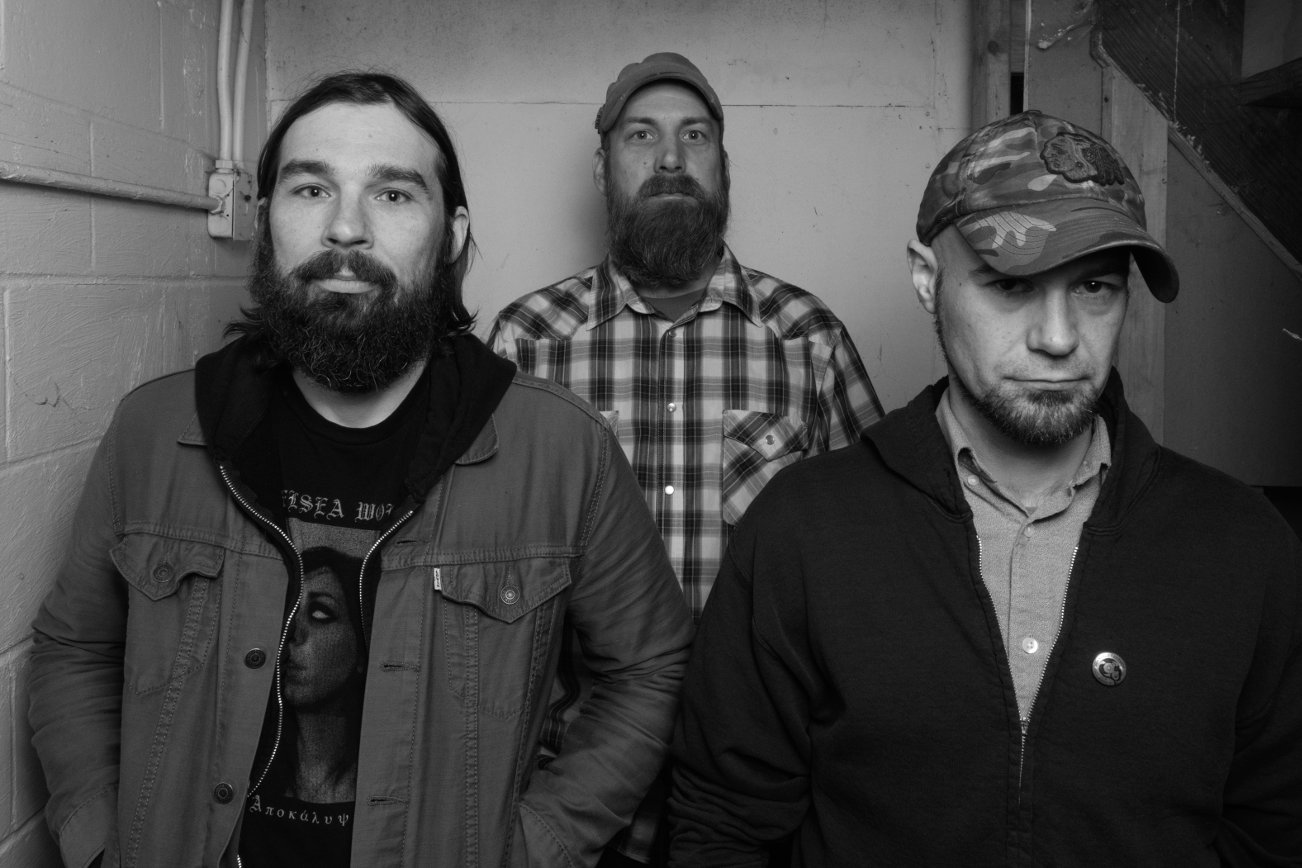 The doom trio known as Aseethe have created a thing of heavy metal beauty with their latest EP, Throes. Even with just five tracks, the trio of guitarist/vocalist Brian Barr, drummer Eric Diercks, and bassist/vocalist Noah Koester have concocted a work of towering riffs, bludgeoning drums, and inhuman howls to create a visceral and scathing work of doom metal art.

While Aseethe’s previous album, Hopes of Failure, centered around the concept of hopelessness, Throes (available to stream/purchase on Bandcamp) is the polar opposite, with five finely crafted songs focused on wrath. Recorded at Steve Albini’s Chicago-based Electrical Audio by Shane Hochstetler, Koester has created some hard-charging and politically charged lyrical themes that will resonate with anyone with a taste for doom metal and social commentary.

To offer you some more insight into the writing and recording of Throes, Aseethee dish on all the details with a special track-by-track rundown of their recently-released new EP.

01. “Throes”
– The most brutal track on the album. We have been playing this for a few months now and played it on our last tour with Fister. The lyrical theme is about the anger that may come after the feeling of hopelessness. Musically, it fits very well into what Aseethe has done in the past, but with the added staccato guitar part, which I haven’t done in quite a while.

Listen to the title track from Aseethe’s latest album Throes:

02. “To Victory”
– Lyrically, this song is about being so headstrong, you won’t even listen to the other person. All that’s in your sight is winning the argument. The guitar work on this song is heavily influenced by Godflesh, probably my favorite band of all-time. I am most excited about this song on the album because I feel that this is the direction the band is heading in. Only time will tell though.

03. “Suffocating Burden”
– Eric has been playing around with gong-amp-feedback for some time now. I finally convinced him to bring it into the studio for us to document. This track is cut from a 16-minute drone track that he did. I added some extra layers using a small synth through some pedals, and a contact mic inside an acoustic guitar. Extra layers were Mike Boyd doing some crazy insane feedback.

Shane Hochstetler (the album’s engineer) spaced everything out and made everything fit together in the same space. I feel that this is a good break into the album and features the band’s ambient drone interests. An album that notably inspired us was Coil’s Timemachines (posthumous), which bassist Noah Koester introduced me to last year and it became one of my favorite releases of 2018.

Throes was released May 17th, 2019, via Thrill Jockey Records: 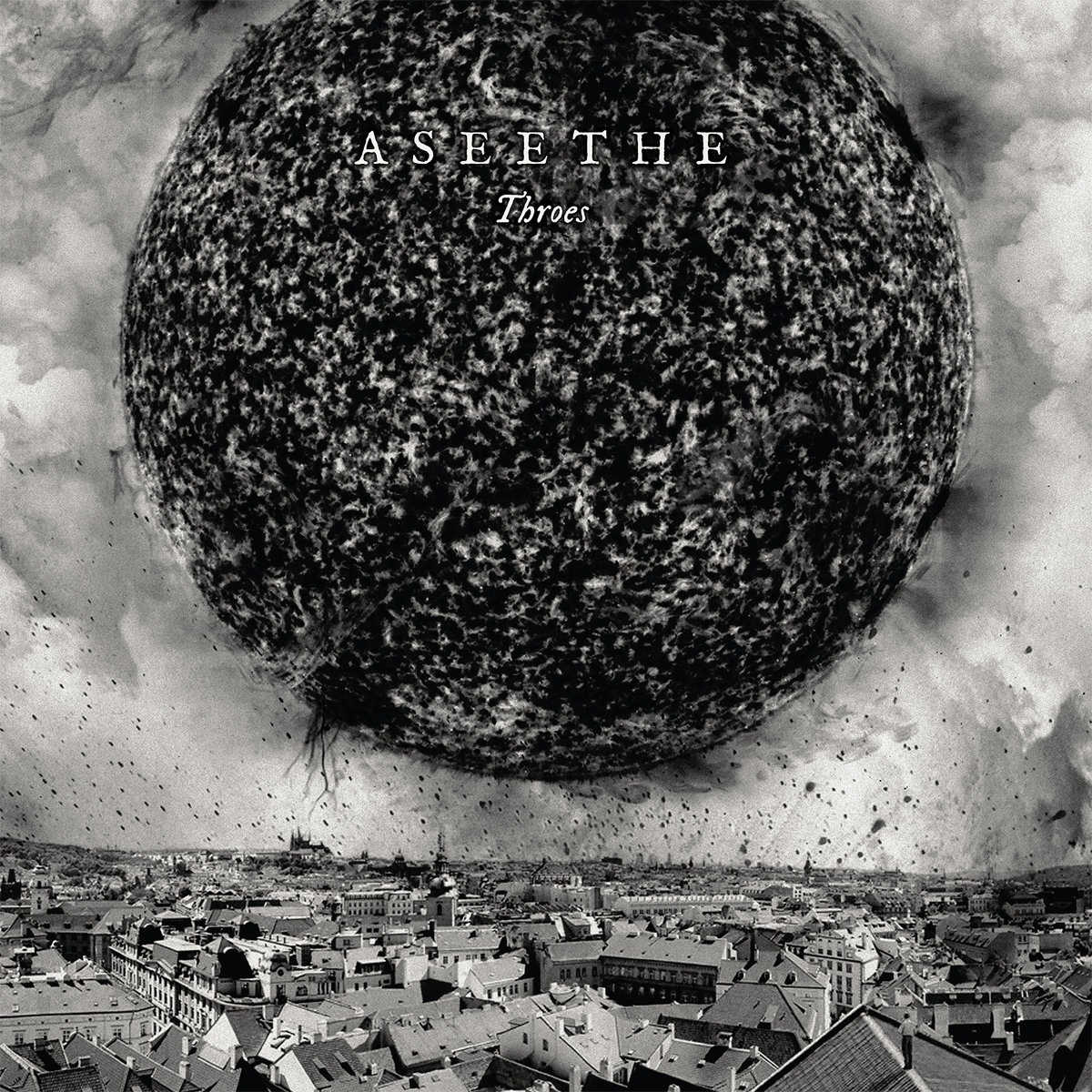 04. “No Realm”
– This one is weird for us. I was revisiting Majority Rule’s records a lot when I wrote some of the riffs, partially because of the hearing the band Portrayal of Guilt (who I enjoy). I originally envisioned this song being twice as fast, but Eric slowed it down, which made it fit much better with the album. The lyrics are anti-fascist. The end even has a Tragedy feel to me, which is another big influence.

05. “Our Worth Is the New Measure”
– We started writing this song last year and actually recorded a demo version of it at Electrical when we were recording for a split with Snow Burial. It’s a fun one to play and is easy to get lost in. We broke this song up into movements and played sections of it throughout 2018. The lyrics are again very political. It’s about taking back the wealth and opportunity from the very rich who have built a system to benefit them.

Peep the past video for the song “Sever The Head (Part III)” here: