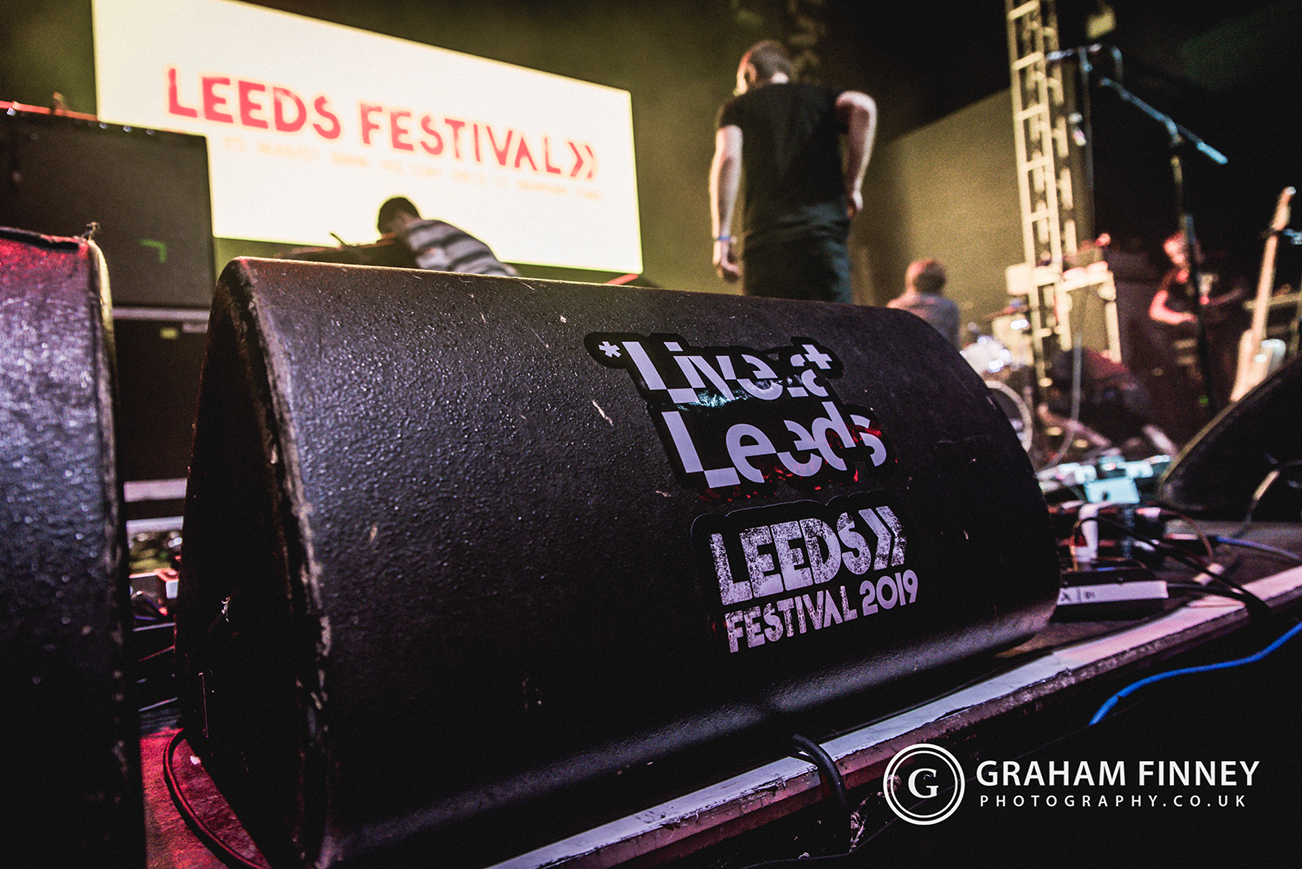 If you’re looking to find the names to watch for the next twelve months you could check out the smaller stages at the bigger festivals or you could head to Live At Leeds, a one day, multi-venue event held in May in the Yorkshire city of Leeds.

While some may argue that the line-up isn’t as laden with heavy-hitters from the indie scene this year, the fact that we arrive at numerous venues at 1pm and already they’re full to capacity with “no entrance” messages being relayed to door staff shows that, even the smaller bands on the bill playing places like the Wardrobe, Key Club and Nation of Shopkeepers, our first port of call, are drawing in the fans.

After battling to get nowhere fast, it was time to admit defeat, do a quick about turn and head up to the Leeds Beckett SU for a couple of bands where we were greeted by the sight of venue security closing the doors as Cardiff band Buzzard Buzzard Buzzard rocked through their set. Hearing their bouncy, energetic punk rock through a shutter however did set us up nicely for the rest of the day and a quick shuffle around of the schedule over a chip butty and a pint and we were good to go.

More pop-infused punk though as the brilliant Dream Wife put smiles on the collective faces of a packed Student Union bar before the news filtered through that a flood at Stylus had forced the closure of the venue and relocation of all the bands playing with the exception of hotly-anticipated headliners Metronomy who were forced to cancel their set.

A quick nip into one of our favourite venues in Leeds, The Church, saw us catch a few minutes of the soothing sounds of Cavetown followed by Shadowlark. By now, the task of getting into any of the smaller venues had become impossible so more venues were scrubbed off our list.

Thankfully we could still shoehorn our way into the O2 Academy for the bouncy indie rock of The Marsicans to be informed by security that they’d already had crowd-surfers over the barrier for the first band. Now a quick dip outside for a breath of fresh air showed that we’d made a wise choice getting in early because the queue now snaked around the block as people were desperate for a chance to check out one of the top tips for 2019 Sam Fender who didn’t disappoint.

The reason Sam Fender is one of the tips for 2019 is that he has “That Sound”:

As we headed into the early evening portion of our day, we headed up to the Riley Smith Hall (the new home for the Stylus bands) for some raucous rock courtesy of the hugely popular She Drew The Gun who were followed up by the equally popular grungy punk rock of Goat Girl.

After another much-needed pit stop, we headed up to the main hall in the University where one of the bands we were most excited about seeing, Brighton alt-pop quartet, Black Honey were really turn things up a gear with their edgy alt-pop and, just like last time we checked them out at The Church, they were fucking awesome. So awesome in fact, that we sadly missed out on checking Glasgow punks The Dunts who were probably causing all sorts of noisy Scottish mischief just down the road.

Fans in the “Crowded City” made sure they checked out the brilliant Black Honey:

After a quick pit stop in the bar helped us decide to go with the highly recommended Aussie electro-pop of Confidence Man over the yet-to-be-seen Sundara Karma and, judging by the fact that the Riley Smith Hall was again rammed with highly-excited fans, we’d made the right choice as we bounced ourselves round the hall along with a few hundred fans.

And so our Live At Leeds came to a close and who better to spend it with that the brilliant Brit-pop sensation Tom Grennan. Despite energy levels flagging and plenty of people looking forward to getting home and putting their well-walked feet up, Grennan made sure that the swagger-soaked pop of tracks like “Make ‘Em Like You” was the perfect sign off for another eventful Live At Leeds.