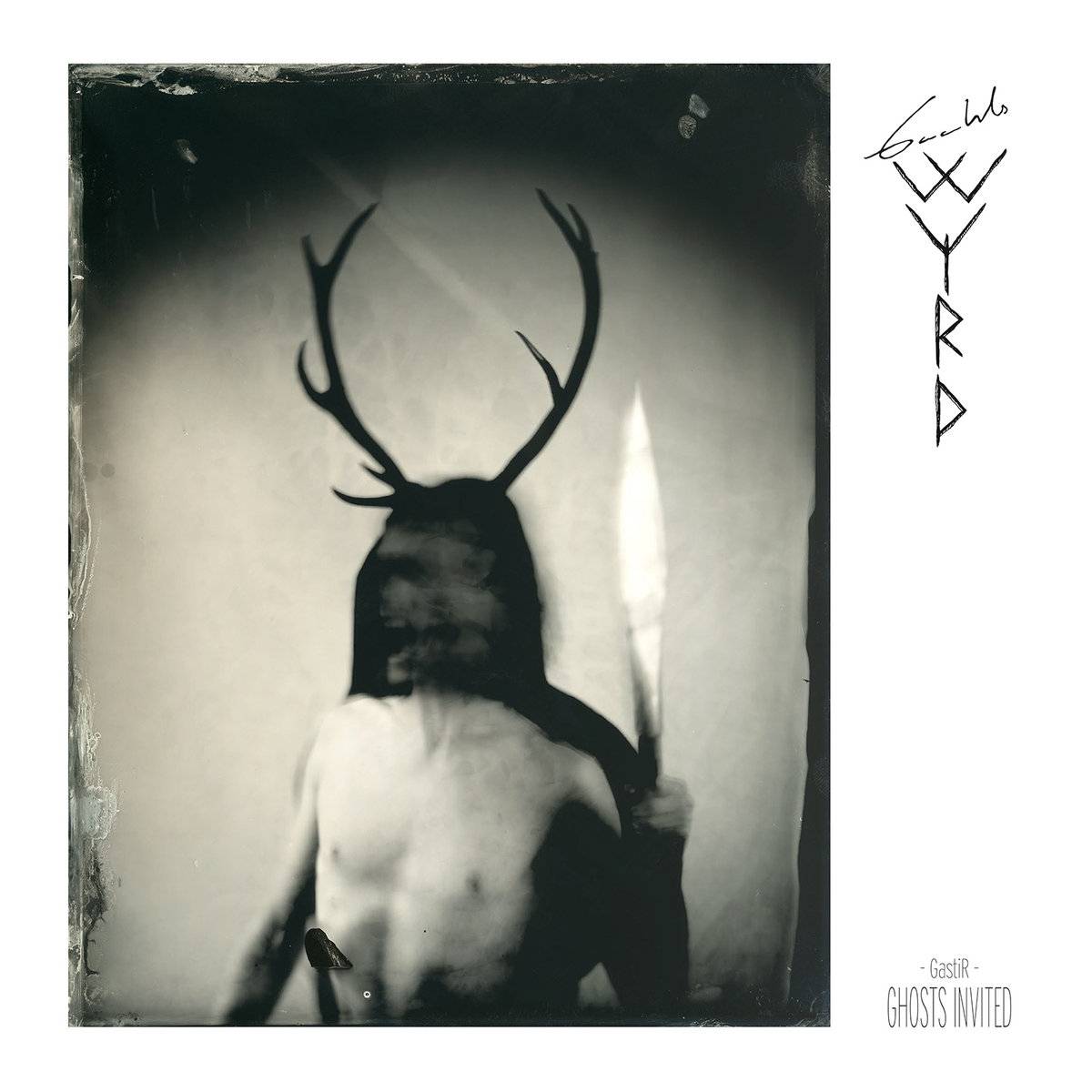 Whether listening to single tracks or the album in its entirety, the perfect one-word description of Gaahl/Kristian Espedal’s latest solo project (coming after Gaahlskag and Trelldom) is seductive. Gaahl’s WYRD creates a mesmerising, fluctuating sonic palette on GastiR – Ghosts Invited that veers between vehemently thrashy assaults (“From the Spear”) to insidious balladeering (“Ghosts Invited”) and ambient atmospherics (“Within the Voice of Existence”) that takes you by the hands and leads you astray with half-whispered promises you know you may regret but you go along with anyway; but it all hinges on the uncanny vocal performance Gaahl delivers. He has definitely come a very long way since his Gorgoroth days – even if the signs of his potential range were already there, as “Profetens Åpenbaring” from the infamous Black Mass Krakow show amply illustrates.

Recent collaborations with Warduna and Kati Ran may also have been a partial catalyst for Gaahl really discovering his “clean” voice, but on GastiR – Ghosts Invited (which may be pre-ordered on Bandcamp here) he truly explores his range of expression and dynamic capabilities. His baritone rumble caresses, scolds and promises, sliding over the progressive black metal melodies – always reinforcing and strengthening the ensemble effect as a textural effect that is more velvet than leather, more water than ice. While entirely outside of the traditional black metal paradigm, the result is simply stunning and still entirely rooted in Norwegian black metal – equal parts beauty, darkness and frozen menace.

The title track and “Carving the Voices” have both enjoyed exposure as lyric and official videos respectively, but the latter is a fitting microcosm of the album and of my description of its nature as seductive: the trance-like building of repetitive, simple melodies has long been a black metal staple, but unexpected breaks from these massive builds and shifts from instrumental to vocal repetition make what Gaahls WYRD is crafting something far outside the realm of traditional black metal. The experience is transcendental, sensuous and entirely convincing: this album is black metal’s snake in Eden, its sirens on the rocks, korrigans in the fountains or, perhaps most fittingly, its skogsrå in the forests. Quite simply, the sound crafted here with its shifting density and moods draws the listener in, bewitches them and leaves them stunned after the experience, not quite able to fully rationalise or understand what has just happened.

Another aspect of GastiR – Ghosts Invited that steps outside the black metal box, yet retains all its fury, is the percussion: even on faster passages – like on “The Speech and the Self” – it remains controlled and moderate: no blasting to speak of, but more of a sensitivity to the fills that underscores the tremolo melody and the contrasting spoken word vocals. What this reinforces is that even though the band bears his name and his vocals, Gaahls WYRD is, indeed, a sum of many parts: and what a roster of parts. Ole Walaunet (God Seed), Frode Kilvik (Krakow, Taake) and Kevin Kvale (Horizon Ablaze) are all equal contributors, each bringing their own history and skillset to the compositional table.

Gaahls WYRD will soon be “Carving The Voices” of hundreds of new fans. Check this video:

The overwhelming impression delivered by GastiR – Ghosts Invited is one of Gaahl reacting to and learning from his past: Sigfader, God Seed, Gorgoroth, Trelldom, Gaahlskag… all these, even where they displayed experimentation and flirtation with electronica, industrial and psychedelia, remained firmly rooted in the black metal boundaries. Ghaals WYRD, however, is breaking these rules and at stepping past what is currently termed “post black metal” to create something entirely new: an experimental hybrid that is dark and dangerous – but also engaging, accessible and altogether gooseflesh-raising, as close to perfect as an album gets, black metal or otherwise.