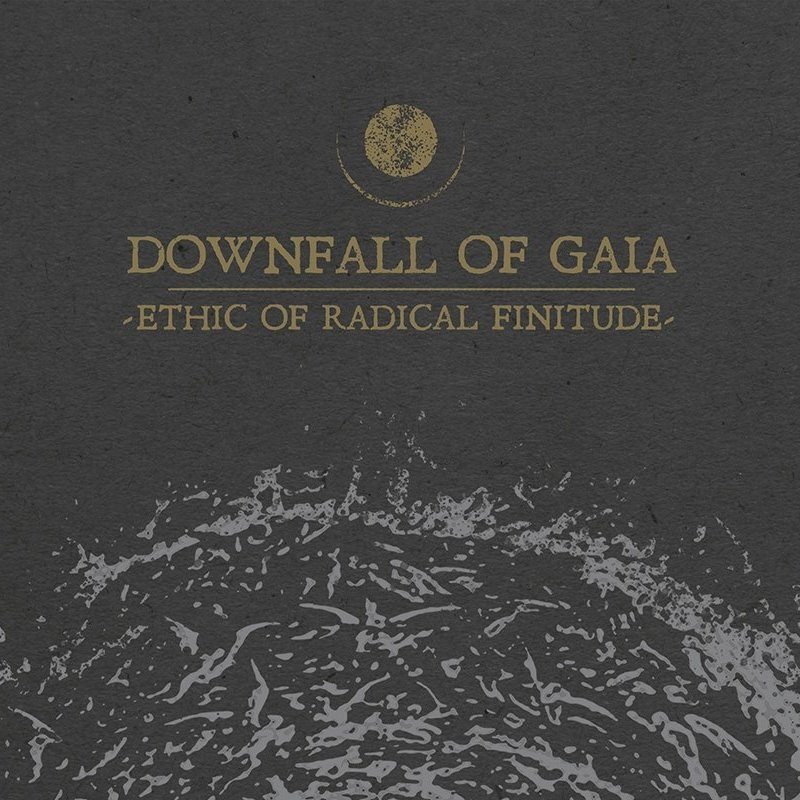 Metal’s murky underground is quite the special place and, as of late, there has been an abundance of blood coursing through its veins, stronger and more ferocious than ever. Downfall of Gaia are one of the bands who have been consistently injecting sound into extreme metal’s underground with a discography spanning five records, all of which focus on black metal that’s unafraid to dip its toes into post-rock, sludge, and more. As a result, they’ve forged a nuanced sound which has become one of the most prominent in the genre. Their previous album, Atrophy , saw the group take a turn towards haunting melodies which reverberated damning tones through the soul, and Downfall of Gaia have intended to carry this attribute into their newest effort, Ethic of Radical Finitude.

The record’s opener, “Seduced by…”, brings an unnervingly calm tone which pulsates and builds in intensity – a taster for what’s to come. However, this bubble is immediately burst as “The Grotesque Illusion of Being” comes into view. A barrage of blast beats and melodic guitar ensues, mixed with droning – thanks to Peter Wolff, one of Downfall of Gaia’s founding members – which complement the painful growls emanating throughout the record. Downfall of Gaia flow between a harsh onslaught of terrifying sound, to lulling piano sections and guitar melodies which oscillate between anguish and melancholic solace. This is a strong part of their appeal, as it’s hard to find a balance between sublime melancholy and frantic walls of sound, yet with this group it sounds completely natural.

“We Pursue the Serpent of Time” initially rings true to the likes of Harakiri for the Sky in its vocal style and atmosphere, with its opening slow drumming and ominous background noise, before erupting into life. “We Pursue the Serpent of Time” also offers the opportunity to fully appreciate drummer Michael Kadnar’s talent in this track, as he alternates between harsh blast beats and complex patterns which complement the painful shrieks of the band excellently. Guest vocals from Nikita Kamprad aid to the diversity in the track – a constant theme throughout Ethic of Radical Finitude.

Listen to the powerful “We Pursue the Serpent of Time”.

On the topic of diversity, this is another way in which Ethic of Radical Finitude excels, and a trademark flair which Downfall of Gaia possess strongly and confidently. Mers Sumida provides a touching spoken word segment in “Guided Through a Starless Night” with a poem that adds to the emotive pull of the track. Not only are the words harrowing, but her attention to detail on every word and the frailty which vocalizes the passage only add to the emotion, yet another example of the precision Downfall of Gaia took to this record. Each track is a journey of both style and emotion with no certain destination, but it visits with an array of feelings and styles which simultaneously stagger and soothe the soul. Stylistically, one could say it’s a beautiful lovechild between black metal, Russian Circles, and Mastodon.

The album’s closer, “Of Withering Violet Leaves”, is also no exception as a demonstration of their flair. There are elements of post-rock before a cacophony of black metal bellows one last hurrah. Harsh screams are followed by soothing cleans, and another spoken word section from Mers to propel the emotional journey further. This is an apt time to highlight part of the magic of Downfall of Gaia – their ability to carry a trance with soft, stripped-down instrumental sections before hurling back in to a sonic whirlwind of emotion. It is part of what gives them their strong standing in metal’s underworld, and Ethic of Radical Finitude cements this even further.

Downfall of Gaia took their sweet time on this record – a total of 16 months – and it has paid off. The attention to detail and focus the band demonstrates on the record is astounding, and further aids them in becoming a behemoth of the underground. This is evident in how the song titles, similar to the content itself, flow with ease to create an allegorical soundscape which trawls through a plethora of emotion. It acts as a good example for other acts, suggesting that taking the time to hone their sound and make sure every detail is to their liking and as refined as possible is the best route. Thus, Ethic of Radical Finitude is arguably Downfall of Gaia’s most impressive album to date, and a record which is well worth delving into.

Believe it or not, you can stream the full album on YouTube thanks to the label.

01. Seduced by…
02. The Grotesque Illusion of Being
03. We Pursue the Serpent of Time
04. Guided Through a Starless Night
05. As Our Bones Break to the Dance
06. Of Withering Violet Leaves